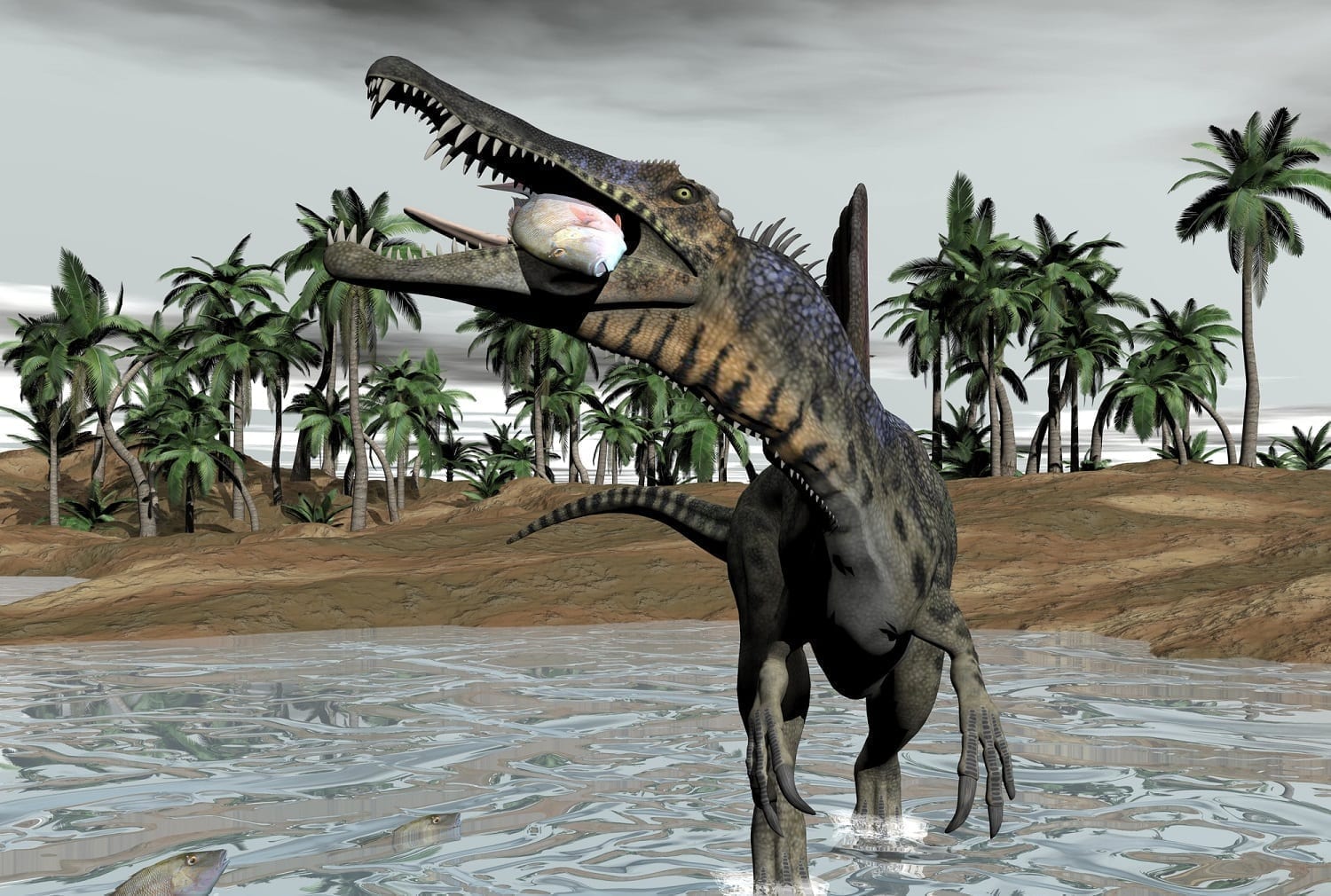 [Originally published as Leviathan: Was it a Real Creature]

The description in Job 41 rules out a mythical creature. The passage describes where Leviathan lived (in the sea but sometimes on shore). It had armor scaling that was so tightly-knit no air could pass between (capable of deflecting spears). It left luminescent wakes and had a mouth that was ringed with terrorizing teeth. We know from Psalm 104 that Leviathan “played around in ancient shipping lanes.” Few doubt the reality of the horse, ostrich, eagle, goat, and other animals that God described for Job along with Leviathan. The Bible places Leviathan in a realistic context.

But wait a minute—Leviathan breathed fire?

This single characteristic is enough for most people to move Leviathan from the “real” to “mythical” category—but not so fast. Brian Thomas (science writer with ICR) points out:

These historical hints from the Bible refute the idea that Leviathan was a mythical creature that was being used as a literary metaphor. Metaphors don’t deflect spears or scare the daylights out of onlookers. In fact, Leviathan must have really done these things for God to meaningfully compare it to His own might. Identifying Leviathan as a myth smuggles in the destructive idea that anything in Scripture could be interpreted as a myth. But since the Bible has proven itself true over centuries of scrutiny, the Leviathan must have really lived.”[i]

Thomas also point out that, “Some Bible translation notes and even conservative commentaries identify Leviathan as a crocodile. While crocodiles do match several of Leviathan’s attributes, they fall short of disrupting shipping lanes, breathing fire, generating luminescent wakes, being utterly unapproachable, and having impenetrable hides.”

Many simply refuse to believe that God actually created a fire-breathing sea creature called Leviathan. However…

that are, quite frankly, just as amazing as a fire-breathing dragon.

First, the bombardier beetles. These beetles have a pair of glands that each contains two chambers. At the beetle’s demand, the chambers combine their contents to make a scalding hot spray. They control the 212°F, 22 mph jet with tiny nozzles.[ii] The chambers and nozzles are “specially coated so they can withstand the toxic chemicals, high temperatures, and elevated pressures that characterize the beetle’s explosive discharge.”[iii] 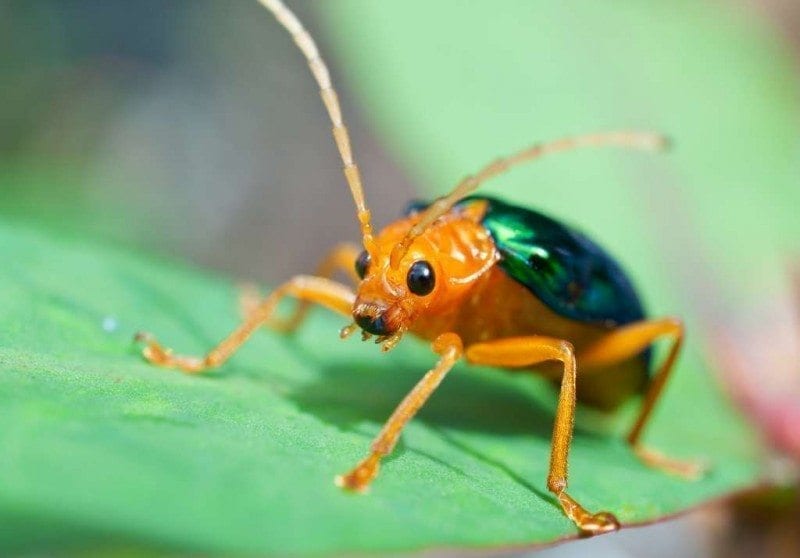 What about fireflies? Fireflies “produce light in a similar way to how a glow stick works. The light results from a chemical reaction, or chemiluminescence…In fireflies, the chemical reaction that causes them to glow depends on an enzyme called luciferase.”[iv]

Let’s not forget electric eels, which can generate 600 volts of electricity in short, intense bursts. They come from thousands of muscle cells that each create a tiny current. Being blasted by 600 volts (which is quintuple the voltage contained within of a standard wall socket in the United States) is enough to paralyze alligators.

So just what exactly was Leviathan? While many extinct fossil candidates have been proposed over the years, Sarcosuchus or Spinosaurus known from fossils may fit. 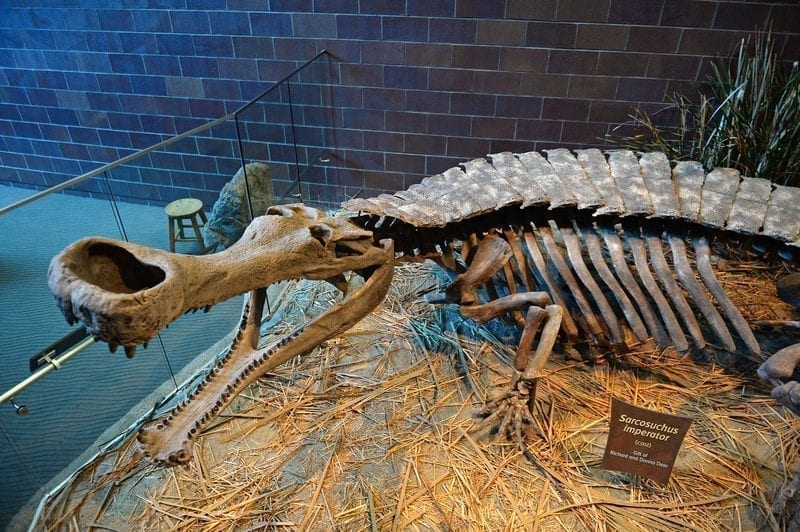 Sarcosuchus was a massive crocodile (36–39 ft) that may have weighed up to nine tons. Spinosaurus was a massive dinosaur with a sail-like fin on its back (see image at top of the article). Its length surpassed even the Tyrannosaurus. One possibility pointed out by Brian Thomas is a giant creature that was on display in ancient Rome.[v] He wrote:

In his book The Authenticity of the Book of Jonah, historian Bill Cooper relayed a passage from Pliny the Elder’s Natural History: ‘The bones of this monster, to which Andromeda was said to have been exposed, were brought by Marcus Scaurus from Joppa in Judaea during his aedileship and shown at Rome among the rest of the amazing items displayed. The monster was over 40 feet long, and the height of its ribs was greater than that of Indian elephants, while its spine was 1-1/2 feet thick.’

Marcus Scaurus transported and displayed the bones in Rome’s largest theatre around 64 BC. Cooper also relates Pliny’s note of a washed-up carcass with 120 teeth, each between 9 and 6 inches long, and Pausanius’ mention of ‘an enormous sea monster’s skull which was kept at a sanctuary in Asklepios.’

Many other accounts, plus paintings and carvings, convey encounters with monstrous marine reptiles.

[iii] Adam Hoffman, Photo by Charles Hedgcock: “How the Bombardier Beetle Packs Its Punch: Researchers have figured how a toxin-spraying beetle packs its pulsing punch.” May 20, 2015 by www.sciencefriday.com/articles/picture-of-the-week-bombardier-beetle/ Photo on right: Eisner & Aneshansley 1999 (PNAS). 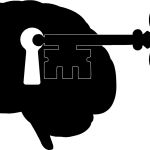 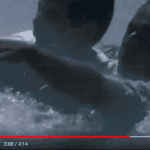