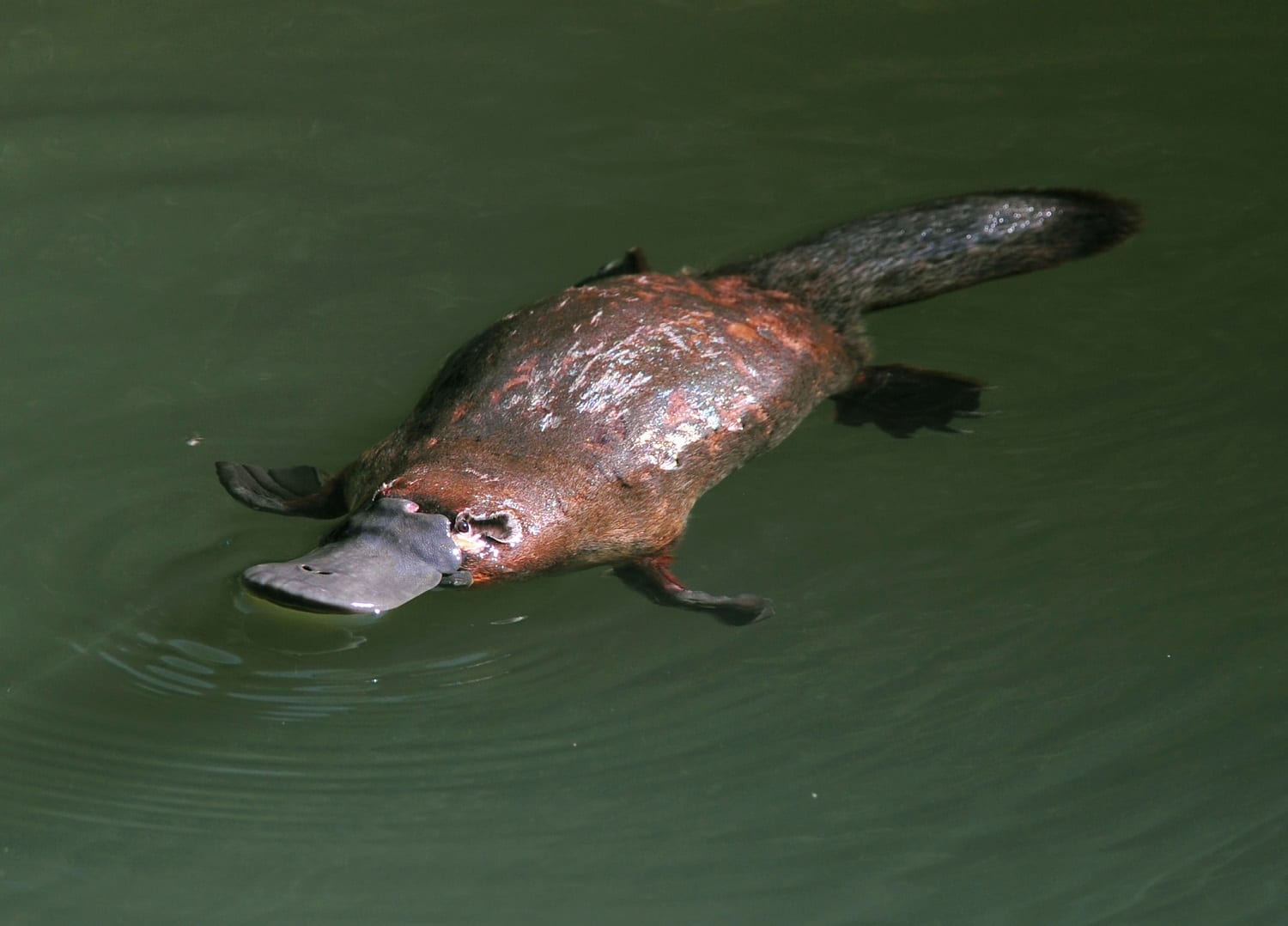 The platypus is one of the least understood living mammals, puzzling naturalists and scientists alike. In fact, its bizarre characteristics seem to defy natural explanation. Like a reptile, it lays eggs, yet it nurses with milk—without nipples, and, unlike any other known species, it has ten sex chromosomes. The platypus produces venom like a reptile and uses electroreception like a shark

These contradictory features produce a classification puzzle known as the platypus paradox dilemma.

In the late eighteenth century—long before Darwin—stories about the platypus paradox began generating widespread curiosity. The president of the Royal Society, Sir Joseph Banks (1743-1820), wrote to English naturalist George Caley, who was living in Australia at the time, requesting:

What I want to know is the mode of generation [evolution] of the Duck Bill [platypus] and the Porcupine anteater [echidna].

Naturalists were puzzled about how to classify these odd quirks of nature. French naturalist Etienne Geoffroy St-Hilaire (1772-1844) was the first to propose classifying the platypus and echidna as mammals, coining the term “monotreme.” As Ann Moyal explains in Platypus: the Extraordinary Story of How a Curious Creature Baffled the World, explains the daunting new challenge:

The long struggle to give a taxonomic definition and position of the elusive platypus had begun.

The Theory of Gradual Variations

Charles Darwin envisioned natural selection as acting through “slight successive” changes, which he sometimes called “gradations.” At other times, he referred to these as

forming a new version of Aristotle’s “Great Chain of Being.”

As such, the assortment of platypus oddities seemed to validate his concept since gradations are a natural product of evolution. Darwin argued that:

The number of intermediate and transitional links, between all living and extinct species, must have been inconceivably great..

Darwin’s focus, however, centered on understanding the mechanisms of evolution—not on classification. For Darwin, the platypus seemed like an evolutionary intermediate, even more than the Archaeopteryx:

In freshwater, we find some of the most anomalous forms now known in the world, as the Ornithorhynchus [platypus] and Lepidosiren, which, like fossils, connect to a certain extent [living] orders at present widely sundered in the natural scale [Great Chain of Being].

While mentioning the Archaeopteryx only two times in the Origin of Species, Darwin mentions the platypus seven times. For example, in using a tree of life approach, Darwin wrote:

As we here and there see a thin straggling branch springing from a fork low down in a tree … we occasionally see an animal like the Ornithorhynchus [platypus] and Lepidosiren [Lung Fish], which in some small degree connects [transitionally] by its affinities two large branches of life.

Even Darwin, however, recognized a problem with transitional links since the number of known species with gradations are not “innumerable.” In the Origin of Species, Darwin concedes:

The distinctness of specific forms and their not being blended together by innumerable transitional links is a very obvious difficulty.

The challenge to identify “transitional links” in the fossil record continues today—the problem is even on display in the current Smithsonian Human Evolution exhibit.

For these reasons, scientists have increasingly turned to molecular biology for evidence of intermediate forms—starting with proteomics in the mid-twentieth century. By the beginning of the twenty-first century, however, genomics has emerged as the preferred method and the naturalist’s optimism has increasingly soared.

This January’s Journal Nature reports on the most comprehensive investigation of the platypus genome ever performed.

In the New York Times article entitled “A Question Hidden in the platypus Genome: Are We the Weird Ones?” writer and researcher Cara Giaimo gives a snapshot intro for the platypus paradox story:

When the British zoologist George Shaw first encountered a platypus specimen in 1799, he was so befuddled that he checked for stitches, thinking someone might be trying to trick him with a Franken creature. It’s hard to blame him: What other animal has a rubbery bill, ankle spikes full of venom, luxurious fur that glows under black light, and a tendency to lay eggs?

Alex Fox, a science journalist, writing for the Smithsonian Magazine in the article entitled “Platypus Genes Are Just as Odd as the Creature Itself,” explains the significance of the report:

The platypus genome was first sequenced in 2008… [however], the quality and completeness of this new genome analysis is a massive improvement…. The new genome is 96 percent mapped, meaning individual genes are in their proper locations on the chromosomes, compared to 25 percent in 2008.

The author of January’s report, Yang Zhou of Beijing Genomics Institute in China, summarized the goal of the report:

The new genomes of both species will enable further insights into their innovations and the biology and evolution of these extraordinary egg-laying mammals.

As the only two species in the Monotremes order, the investigators studied both platypus and echidna genomes. Assuming evolutionary principles, geneticists anticipated finding the most similarities between these two species.

The first platypus genome report entitled the “Genome Analysis of the Platypus Reveals Unique Signatures of Evolution” appeared in the Journal Nature (2008). Using one female platypus genome, Wesley C. Warren, a geneticist at the Washington University School of Medicine, organized a research team from 32 institutions to investigate, analyze and report on the platypus genome.

While not finding evidence for Darwin’s “slight successive” gradations in the genome, the team interestingly found the platypus genome to contain a similar number of protein-coding genes to those found in other mammals.

Remarkably, while approximately 80 percent of the platypus’ coding genes were identified as shared with a wide range of distant species, no transitional links were identified. In conclusion, Warren noted:

We find that the mixture of reptilian, mammalian, and unique characteristics of the platypus genome provides many clues to the function and evolution of all mammalian genomes.

Warren’s report, however, mentions intermediate forms only once—without any species identified as an intermediate or transitional.

This genome provides a unique perspective on what the genomes of our earliest mammalian ancestors may have looked like. It is fascinating that what we think of as being reptile-like and mammal-like features can co-exist in the same genome.

The report explains the phylogenetics of the platypus paradox—in their minds, reptile features stem from reptilian genes, and mammalian features have mammalian genes. Significantly, however, the report found no molecular evidence for Darwin’s “innumerable” gradations. Does the emperor seem to have no clothes?

In reviewing the 2008 study, co-leader Frank Grutzner of the University of Adelaide noted

The “new questions” draw the very concept of transitional links into question.

Geneticists since then have increasingly uncovered more of nature’s hidden secrets by using speedier, more precise, and advanced genetic sequencing technologies. Earlier genomic testing, by comparison, was rudimentary, limited, and sometimes erroneous. In comparison to the 2008 study, Zhou notes:

For this comprehensive project, Zhou organized a 40 member team of world-renowned experts in bioinformatics, cytogenetics, and molecular biology, including scientists from Australia, China, Japan, Denmark, and the USA for the task. To focus on transitional links, the team studied the platypus and the echidna along with a wide range of distant species.

“In my opinion, among mammals, the platypus is the most fascinating species of all,” Warren added. “They represent the ancestral state of what terrestrial mammal genomes could have been before adapting to various environments.”

Given how these two monotremes are similar yet distinctive, they are “well-suited for the study of evolution,” notes Zhou. Yet, as Zhou explains:

The incomplete platypus assembly [from the 2008 study] without Y chromosome sequences [only a female studied] and lack of an echidna genome have limited the interpretation of the evolution of mammals and monotremes.

Scientists have long speculated on the biomolecular mechanisms driving the platypus oddities. Zhou’s report received comprehensive media coverage.From the new evidence observed in the genomes, in the words of Alex Fox, writing for the Smithsonian Magazine, however, signaled the new dilemma:

Platypus genes are just as odd as the creature Itself.

Scientists were hoping for a comprehensive biological account to understand the molecular mechanisms they believe are driving evolution. As Zhou notes:

Complete and accurate reference genomes and annotations are critical for evolutionary and functional analyses.

Zhou’s team updated the female genome and sequenced and mapped the male platypus and echidna genome. By comparing these two genomes and comparing these with a wide range of distant species, the team did gain new insights into the long-standing platypus paradox dilemma– for the first time. The study concluded by noting –

We delineate ancient and lineage-specific changes in the sensory system, haemoglobin degradation, and reproduction that represent some of the most fascinating biology of platypus and echidna.

At the same time, as in Warren’s report, Zhou’s report never identified any species as an intermediate or transitional species. Giamimo’s article concluded by noting:

Dr. Zhang [co-author] and his colleagues plan to continue investigating the many monotreme mysteries that remain. ‘They are a very important lineage to understand,’ [Warren] said.

And so the mystery continues.

Centuries after George Shaw encountered it, scientists are still searching for a natural explanation to solve the platypus paradox dilemma. Not surprisingly, scientific evidence from the genomic revolution continues to undermine long-standing icons of evolution.

Since the platypus is biologically distinctive, the evidence is compatible with Moses‘s Genesis record.

Sir Isaac Newton, an English physicist and mathematician, recognized as one of the most influential scientists of all time and a key figure in the scientific revolution, explains the problem with explaining life without an intelligent Creator:

“How came the Bodies of Animals to be contrived with so much Art, and for what ends were their several parts? Was the Eye contrived without Skill in Opticks, and the Ear without Knowledge of Sounds? … And these things being rightly dispatch’d, does it not appear from Phaenomena that there is a Being incorporeal, living, intelligent omnipresent…” 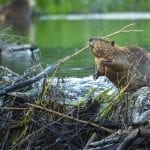 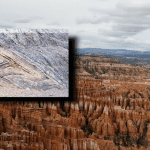