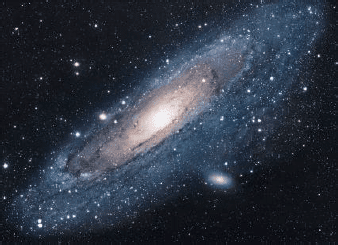 Atheists scoff at the idea that religious people can believe without seeing. In my time, I’ve witnessed more than a few eye-rolls and cries of “You can’t be serious” simply because I took the road less traveled. My belief in God at first glance doesn’t seem to be supported by evidence, and many Believers have fallen away because the world tries to convince them belief in God is not supported by any logic or evidence.

The world is wrong.

Actually, God is quite rational. Oh, you can’t fit the guy in a test tube—and don’t even try getting him under a microscope, but it is still rational to believe in God. The idea that God is not real because you can’t touch, taste, feel, see, or smell Him, is an idea that doesn’t reflect good science. In the search for truth -which is what science is -scientists too often forget that we cannot be limited to nature.

Naturalism is the belief that everything that is, has been, and will be is of or from nature.

Naturalistic science rejects supernaturalism in favor of the things we can see clearly. However, you cannot reject the unseen. God is supernatural, he is beyond nature, but that doesn’t mean we should reject His existence. With the supernatural, we can infer and use the same logic that tells us what this particle does or what gene controls what.

This is a valid appeal to logic. Deductive reasoning is used often in science, and can be applied when dealing with the supernatural and its relationship to the natural. The Law of Cause and Effect reminds us that the cause must be greater than the effect. In the search for this cause, the Big Bang doesn’t cut it. Some mass the size of a period expands into everything we see and don’t see today? Come on! God, who is a lot greater than Nature (because he exists outside of it) is a much more reasonable cause.

Plato, an ancient Greek philosopher, understood the cosmological argument before it was properly formulated. “‘Is the world created or uncreated?’ —that is the first question. Created, I reply, being visible and tangible and having a body, and therefore sensible; and if sensible, then created; and if created, made by a cause, and the cause is the ineffable father of all things, who had before him an eternal archetype.” It’s safe to say that God is the eternal archetype of existence.

Logic is important, and can often trump observational science, as Galileo, a major player in the Scientific Revolution, contended, “I do not feel obliged to believe that same God who endowed us with sense, reason, and intellect had intended for us to forgo their use.”

Another way to look at God is the fine-tuning argument, or the teleological argument (which Plato touched on). British Muslim creationist and Huffington Post political writer Mehdi Hasan, reminds us that “the late Antony Flew, the atheist philosopher who embraced God in 2004, did so after coming to the conclusion that ‘there had to be “an intelligence behind the integrated complexity of the physical universe”.’ To pretend that Flew, of all people, arrived at such a belief blindly, without thinking it through, ‘without evidence’, is plain silly.”

Evolution, built upon chance, time, and trial and error, does not produce the design we see in this world. Richard Dawkins and other atheists continuously try to discount incredibly designed features as being just the fruits of trial-and-error evolution.

Dr. Brad Harrub in his book Convicted: A Scientist Examines the Evidence for Christianity, lists the incredible design of our universe that is so precise and so designed, that we are forced to look to better options beside evolution. As the list goes on, a supernatural Creator looks better and better!

Harrub states: “Consider the design of the earth. How can chance (or Dawkins’ “incremental steps”) explain the earth’s position in the following: (1) the right type of galaxy; (2) the right location within that galaxy; (3) the odds of being near the right sun; (4) being the right distance from the sun; (5) having the right rotation rate and proper tilt; (6) possessing enough water; (7) having the right atmospheric conditions to sustain life? … An honest evaluation of the universe quickly reveals design. Design demands a designer.” (34).

Do you know how many atheists explain the chance of us being in this position? They say that there are billions upon billions of alternative universes (the multi-verse theory), and ours happens to be the one that worked out quite nicely. I mean, there isn’t any evidence for the multi-verse theory whether in laboratory or in logic, but whatever! Evolutionists can have blind faith if they want.

“This most beautiful system of the sun, planets and comets, could only proceed from the counsel and dominion of an intelligent and powerful Being,” notable scientist Sir Isaac Newton wrote. I just can’t reconcile chance with this universe!

Jeremy Taylor, a British clergy, further describes the fine-tuning argument. “What can be more foolish than to think that all this rare fabric of heaven and earth could come by chance, when all the skill of science is not able to make an oyster.”

In William Lane Craige’s book Reasonable Faith, Craige rationally declares “…the most plausible answer to the question of why something exists rather than nothing is that God exists.”

There are more reasons to believe in God, but this is just a short sum up. To recap, because there is something, there must be Something that had to create that something. This is the basis of the Kalam cosmological argument. The universe is so precise, calculated, and intentional, so using the fine-tuning argument, we can conclude that something intelligent organized the universe like this. This is all using logic, my friends. Science is logic. Christians don’t have to cross their fingers and hope that God is real. God is a God of order, a God of Logic. When I think about it, Logic itself is so orderly, I do not expect descent with modification—or an explosion from “stuff” the size of a period—to produce it.

Hasan, after being persecuted by Richard Dawkins, outlines the truth behind the “burden of proof” atheists say Christians have. “In trying to disparage ‘faith’, Dawkins and his allies constantly confuse ‘evidence’ with ‘proof’; those of us who believe in God do so without proof but not without evidence. As the Oxford theologian (and biophysicist) Alister McGrath has observed: “Our beliefs may be shown to be justifiable, without thereby demonstrating that they are proven.””

Christians, God is rational! The underlying science behind the science, that is, logic, shows that God is indeed reasonable and in fact necessary for existence. Worldly, secular alternatives don’t hold up to these logical arguments. However, God does—God is rational! 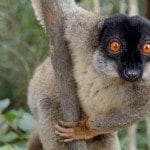 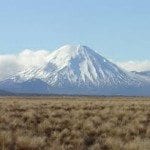