“We hold these truths to be self evident, that all men are created equal, that they are endowed by their Creator with certain unalienable Rights, that among these are Life, Liberty and the pursuit of Happiness.”

The Declaration of Independence. Undoubtedly the most famous document in American history. These words from the opening statement mark a critical point in history, and more than that, they clearly illustrate the importance of God in the foundation of the United States of America.

Yet somehow, many have lost the zeal for God, and settled for the religion of chance. America was at its greatest when we had leaders standing in unison with common goals and beliefs. But, as we push farther away from God’s plan, without Him to guide and direct us, this country stumbles aimlessly and confused towards the brink of peril.

Samuel Adams said: “In the supposed state of nature, all men are equally bound by the laws of nature, or to speak more properly, the laws of the Creator.”

It is clear that the majority of America’s founding fathers held in high regard their belief in a Creator. Not a chance cosmic soup, but a purposed, God-driven freedom.

As the closing comments of the Declaration of Independence state: “For the support of this Declaration, with a firm reliance on the protection of Divine Providence, we mutually pledge to each other our Lives, our Fortunes, and our sacred Honor.” 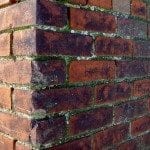 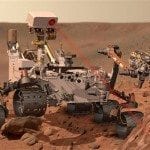