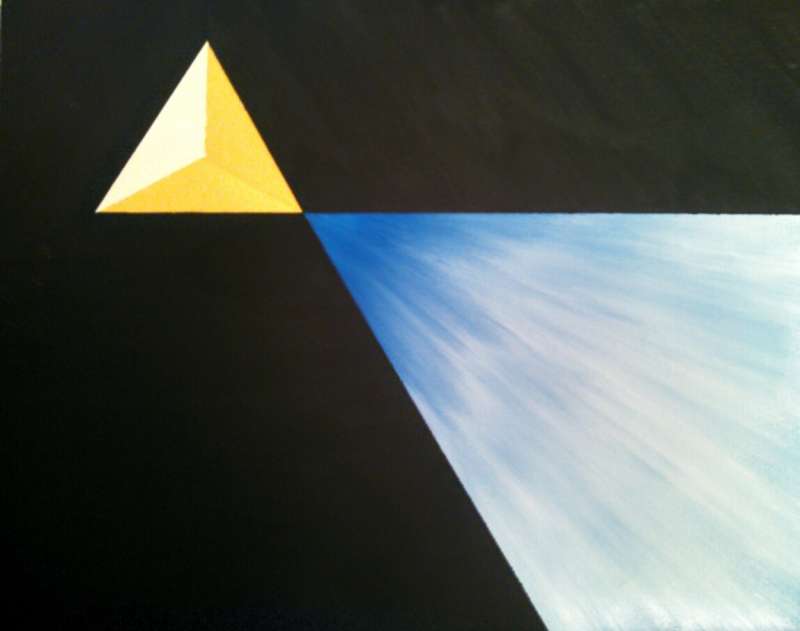 Overview
There are many individuals, sects, and cults that challenge the biblical Doctrine of the Trinity as being a man-made teaching. Those who hold to such a position erroneously believe that such a teaching is not only anti-scriptural, but is also pagan in nature.

In this brief article we will examine the Doctrine of the Trinity from the Bible alone; and, we will discover that the Triune nature of God is revealed from the very beginning of His Word.

The Trinity Revealed
In the beginning God created the heaven1 and the earth. -Genesis 1:1

The very first time the word God appears it is the Hebrew word ‘Elohim’ – a ‘plural’ noun. Thus, we know from the very first verse that God is not a ‘singular’ entity in the manner we might otherwise think in our ‘human’ minds. While this word does have other uses in the Old Testament, it appears 32 times in Genesis Chapter 1 alone, and a total of 2366 times in the Old Testament when referring to God Himself only!!!

The Holy Spirit appears ‘moving’ upon the face of the waters (literally ‘brooding over’) in this second verse of Genesis 1. The same Hebrew expression רוח אלהים (Ruach Elohim) translated as ‘[the] Spirit of God’ appears 14 times in the Old Testament and clearly refers to the same Holy Spirit2 spoken of by Jesus and the Apostles in the New Testament (Lk. 11:13; Eph. 1:13; 4:30; 1 Thes. 4:8; e.g.).

In Genesis 1:3 ‘Light’ appears although the Sun, Moon, and stars are not created until day four (4). This Light is the Lamb – Christ Jesus (Revelation 21:23) – who will again be the Light of the New Heaven and Earth (Rev. 21:1) from the New Jerusalem (Rev. 21:2) where the Sun and Moon are no longer necessary.

By implication, it is the Father who is giving commandment for Creation to take place in these and subsequent verses in Genesis Chapter 1. We clearly surmise this from the fact that Jesus continually tells us throughout the Gospels that He always does the will of the Father (Jn. 5:30; 12:49; e.g.).

Therefore, the Trinity is actually introduced to us in the FIRST THREE VERSES of the Bible!!!

The Trinity is introduced to us in the first three verses of the Bible!!!

1. The Father Commands. (He is ‘Governor’ of the Godhead)
Nothing happens in all of Creation without God the Father giving commandment for it to be so. In numerous places throughout the Scriptures we find Him speaking from within the Trinity – giving a command for an event to take place. Still, in other places we find Him speaking solely as the Father – the One in full authority.

Some examples of the Father giving commandment from within the Trinity (i.e. not distinguishing Himself among the Godhead) are as follows:

a. The commandments for each creative act at Creation in Genesis Chapter 1
b. Commandment given to Noah (Gen. 6:13-22)

Some examples of the Father giving commandment while distinguishing Himself from among the Godhead are as follows:

As we have already seen, Jesus always does the Will of the Father; and, Jesus verifies their Unity within the Trinity as He states, “I and my Father are one” in John 10:30.

Furthermore, the Holy Spirit is sent to believers “from the Father” (Jn. 15:26). Therefore, we see from the New Testament that it is from the Father that the Will of the Godhead proceeds.

It is from the Father that the Will of the Godhead proceeds.

2. The Son Creates. (He is ‘Creator/Sustainer’ of the Godhead)
We cannot read John 1:1-3 without noticing the striking parallel between this passage and Genesis 1:1-3. Jesus is called the ‘Word’6 –AND– is equated to God7 Himself in John 1:1. Verse 3 of the same passage clearly states that He (Jesus) made all things. In fact, this verse is so emphatic on this point that it states this fact in two ways:

a. ‘All things were made by Him’
b. ‘without him was not anything made that was made’

This passage alone places Jesus at Creation with God (the Godhead – Elohim/Theos), as God, and as the Creator of all.

John 1:1-3 places Jesus at Creation with God, as God, and as the Creator of all.

To further add to the point of Jesus as Creator we read in Colossians 1:16-17 again that He (Jesus) created all things. However, in this passage we learn some additional information about the extent of His Creation and His relation to it:

In verse 16 we see the full extent of the Creation of the Lord Jesus. As if the expression ‘all things8’ appearing in both John 1:1-3 and in Colossians 1:16-17 were not enough, the Apostle Paul then lists all of the realms which the Lord Jesus has created. Nothing is left out. Everything that exists including things that are seen and unseen, government and authority, power of all kinds – all these are listed. There is absolutely nothing that has ever been created that the Lord Jesus Himself did not create.

Furthermore, verse 16 closes by telling us why He created – all of these things were created by and for Him!!!

The Lord Jesus created all that is and it all belongs to Him. He is indeed Lord of all!!!

Verse 17 gives us even more insight as we learn that Jesus is ‘before’ (literally ‘exists prior to’) all of Creation, and that He literally holds all of Creation together (by Him all things ‘consist’). This is one of the many locations in Scripture in which we see the present tense used of God to express His Eternal Nature.

From the command to, ‘Let there be Light’ to His final promise, “Surely I come quickly”, the Lord Jesus always performs the perfect Will of the Father.

All things were created by Jesus for Jesus, and by Jesus alone all of Creation is held together.

3. The Holy Spirit Comforts. (He is the ‘Comforter/Convictor’ of the Godhead)
Among the many acts of the Holy Spirit that we read of in the New Testament, one of the foremost is that he ‘bears witness of the Son’ (1 Jn. 5:6). In fact, we are told in this passage that “the [Holy] Spirit is truth”. This agrees perfectly with the manner in which we are told to worship God (“in spirit and in truth” – Jn. 4:24); and, it also agrees with the Nature of Jesus who is “full of grace and truth” (Jn. 1:14).

As very God the Holy Spirit also Convicts (Reproves) the world of sin, righteousness, and judgment (Jn. 16:7-11). Verses 9-11 of this passage spoken by the Lord Jesus tell us why the Holy Spirit reproves in these three ways:

The world is convicted of…

a. sin because they do not believe in Christ Jesus (Jn. 3:18, 36).
b. righteousness because Jesus is returning to the Father – since He is the Lord, the Righteous Judge – and since the Holy Spirit remains in His place – He [the Holy Spirit] has full authority as God to exercise righteousness through every believer in whom He dwells (2 Tim. 4:8; see also: Jn. 7:24).
c. judgment because the ‘prince’ of this world is judged. Satan is called the ‘prince of the power of the air’ (Eph. 2:2), and is the primary influence on all social behavior in the world. Whether wittingly or not all who are not following Jesus are following Satan. Jesus says this Himself in Matthew 12:30, “He that is not with me is against me; and he that gathereth not with me scattereth abroad” (see also: Lk. 11:23).

The Personal Name of the Holy Spirit is never given throughout all of Scripture. Instead He is always seen glorifying the Son.

Summary
From the Beginning of the Word of God the truth of His Nature has been revealed for all to see. Father, Son, and Holy Spirit appear at the opening and throughout all of Scripture together, and as distinct Persons of the Godhead – and in every instance all three ‘agree in One’.

“For there are three that bear record in heaven, the Father, the Word, and the Holy Ghost: and these three are one.” –1 Jn. 5:7

Notes
1. All Bible quotes in this article are taken from the KJV.
2. Bible passages in double quotes (“) appear exactly as found in the KJV.
3. Bible passages in single quotes (‘) have been modified for emphasis or ease of reading only (such as capitalization of pronouns referring to God, bolded text, or modernized punctuation, etc.) without altering the actual wording of the text. 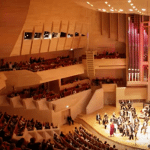