If the foundations be destroyed, what can the righteous do?

A Barna Group Study gives us insight into what the general public believe when it comes to religion, and it isn’t encouraging…”Among individuals who describe themselves as Christians, close to half believe that Satan does not exist, and one-third contend that Jesus sinned while He was on earth.”

“Leading the charge in the move to customize one’s package of beliefs are people under the age of 25, among whom more than four out of five (82%) said they develop their own combination of beliefs…”

“Millions now contend that they will experience eternal salvation because they confessed their sins and accepted Christ as their savior, but also believe that a person can do enough good works to earn eternal salvation. Feelings and emotions now play a significant role in the development of people’s faith views.”

“Today, Americans are more likely to pit a variety of non-Christian options against various Christian-based views. This has resulted in…worldviews based on personal combinations of theology drawn from a smattering of world religions such as Christianity, Buddhism, Judaism, Hinduism, and Islam as well as secularism.”

According to a Gallup Poll, more people still believe that God created humans a relatively short time ago (What we read in the Bible), than do people that believe that God used evolution to form us from nothing.

If the foundations continue to erode away at such an alarming rate, this too could change soon. Stand with me and help me to get us back on a Biblical track. Sign up for our email updates at davidrives.com to support this mission. 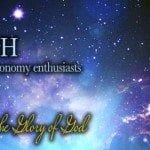 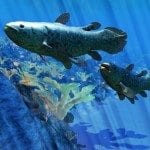