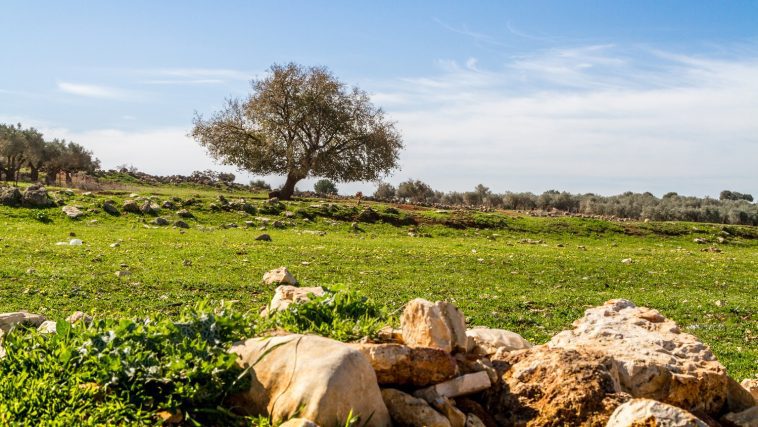 Some time ago, I wrote an article arguing that the single most important aspect of apologetics is knowing what the Bible does and does not teach.

So while we understand that there are certain issues we might label “secondary,” in the sense that they are not required in order to understand the gospel and receive Christ, it should be our ultimate desire and never-ending quest to attain the truth of Scripture.

Yes, even with respect to hot-button issues like the age of the earth.

I am thankful for the apparent renaissance of Christian philosophy, science, and apologetics that we’re seeing today. An unfortunate consequence of this, however, has been the church’s willingness to accept some rather unorthodox views of Genesis. Not all, but many have done so because they feel modern scientists have convincingly argued for an age much older than the biblical writers and genealogists seem to have advanced.

The above is not an indictment from me necessarily, but mainly because I understand and appreciate their sentiment. If the saying “all truth is God’s truth” is true, then it’s perfectly reasonable to anticipate data from the Bible, science, history, philosophy, etc. to line up.

Another commonly advanced idea today is that the genre of Genesis ought to be understood as a sort of allegory, or at least a non-literal document with extra-biblical parallels. On this view, Moses was using his Egyptian upbringing (see Acts 7:22) to leverage the knowledge and wisdom of surrounding ANE cultures and thus created the early chapters of Genesis merely to serve as a polemic against these cultures and to teach Israel about the nature of the One True God.

Today I’d like to take a bit different approach and look to the New Testament, specifically at the person of Christ. Perhaps one of the best ways to get a clear understanding of Scripture is to see if Christ said anything in particular about a view. Some orthodox Christian beliefs are not drawn from the words of Christ himself but rather are taken from other parts of Scripture or even are inferred from the teaching of Jesus.¹

Therefore, I think if we can show that Christ held a particular view about an issue, we have pretty strong evidence that we’re thinking correctly about it.

I’d like to offer what I find to be convincing evidence that Jesus held a particular view of the age of the earth, even if he did not directly comment on it. Jesus’ lack of a direct comment, in many cases, should not be used as evidence against a view. Proponents of homosexuality who claim to be Christians make this mistake all of the time, and apologists are quick to correct them.

And yet, so many argue in this same manner on the age of the earth issue! Lest we have our cake and eat it too, let’s examine pieces of evidence that I believe show Jesus held a young age creationist view of Genesis.

The Argument from Deafening Silence

In informal logic, there is a fallacy known as an argumentum ex silentio—or, “argument from silence.” This is a fallacious way of arguing in which one attempts to make a case based on the absence of a particular statement (in the case of historical documents). Usually, the argument advanced is simply based on speculation.

In other words, one might say, “Well, since Jesus didn’t say anything directly about homosexual activity in the Gospels, he must have been okay with it.” Sound familiar? This kind of thing is used all of the time to make the case for views foreign to the biblical writers.

Responding to this exact claim in an episode of STR’s podcast, Greg Koukl flipped the tables on the questioner. First, he readily affirmed that Christ did not say something directly about the issue of homosexuality but also rightly pointed out that to argue on this basis would simply be an argument from silence, which is fallacious!

But then he made an interesting move. He actually used this to his advantage, calling it something of an argument from deafening silence. Meaning that, when you take the cultural milieu into account, it actually would have been odd had Jesus commented on this issue. It was such a foundational way of Jewish thinking—“one man and one woman becoming one flesh for one lifetime,” per Koukl—that Jesus simply didn’t have to comment on it!

Koukl argued that Jesus largely spent his limited time correcting issues the Jews had a faulty understanding of, but otherwise, his views reflected those of traditional Hebrew thought.

This resonates with me and seems true upon reflection, and I actually think we can reasonably draw the same kind of inference about Jesus’ teaching on the age of the earth. There are a few things in play here as we consider this possibility:

Jesus had no need to make a direct comment about this.

This just seems obvious to me, but I cannot think of a single reason why Jesus would have needed to make a direct comment on the age of the earth at that time unless their current understanding was incorrect. While certainly, there were a number of views held in his day about the origin and nature of the cosmos (and even the earth itself), Jesus was dealing with folks who widely held a young age understanding of earth’s history.

In that day, there was no calculated, well-developed theory of evolution threatening what Jesus was teaching, and views outside of the Jewish majority (this was, after all, Jesus’ audience) were quite scarce. Therefore, if we are going to infer something about the age of things from Jesus’ teaching, we can do so without expecting a direct statement to be made.

The evangelists were not recording every word spoken by Jesus.

It is at least plausible that, at some point during one of his public teachings or even in a private conversation, Jesus did make statements that would directly address his understanding of the age of the earth at that time. Again, I reiterate that the absence of Jesus’ direct comment on this issue in the Scriptures cannot, logically, be taken as evidence that he did not hold a particular view. If anything, the opposite is true.

We should ask ourselves what sort of comment would qualify.

In other words, what sort of statement are we demanding from Jesus that we’d accept to be a comment on the age of the earth? I find that folks often want Jesus to have said something like, “It is now the 4000th year of earth’s history.” But why? There is good biblical and extra-biblical historical recording from about the time of Abraham to the time of Jesus, and there are pre-Abrahamic statements similar to the above recorded in the Hebrew Bible that aid us in developing a meaningful chronology.

So, when Jesus makes a statement like the one found in Mark 10:6 (“But from the beginning of the creation God made them male and female”), what can we take it to mean? We’ll elaborate further in just a moment, but let’s survey some general options:

Option #3, despite having been suggested to me by multiple theistic evolutionists (more on this later), seems bankrupt. Perhaps this is a matter of personal conviction, but if my understanding of something disagrees with Jesus’ understanding of it, I am willing to admit that I’m wrong and must do more research.

Jesus, being God, is not wrong.

Option #2 seems to fail because it simply requires the insertion of words that are not present in the text. One is free to read the Greek on this or the above-cited articles, but this is accurately represented in the English text. Jesus is simply not dealing with the creation of human life itself. He’s referencing “the” beginning.³

Therefore, option #1 seems to be the most reasonable and the most plausible. Certainly, Jesus would not have stated this so carelessly if it’s true that the creation of mankind came nearly 14 billion years after the beginning of the creation! But it’s perfectly plausible that in a natural way of speaking, Jesus could reference a “Day 6” event as having happened in “the beginning.”

In fact, we speak this way all the time. I illustrate it like this:

I would suggest that Jesus — being a human like us — used language in a similar way to what we do. What if I said to you, “Boy, I sure would love to go to Disney World again. My family went four years ago and loved every minute of it!” Are you going to pull out the calendar and hold me to that? What if we had actually gone three years, 42 weeks, and four days ago? Would that make me a liar? Or unclear by any reasonable standard? Of course not!

The response offered to the above by my interlocutor was that the Disney World analogy fails because no time frame was mentioned. But that’s where deafening silence comes in.

Since the scholarly consensus (Remember, Jesus is dealing with highly educated Pharisees here.) in that day was a young age for the creation (this fact seems uncontested — look no further than Josephus 3 for confirmation), Jesus must have known that to say “from the beginning of the creation” would be wildly misleading were the consensus not correct!

Furthermore, since that consensus was obviously wrong according to the old age view, and the things Jesus was concerned with correcting were precisely those things they got obviously wrong (see above), it seems that Jesus’ failure to correct them on this point is a tacit affirmation of their view. Incidentally, this also shows that it is the old age creationist who should be looking for an explicit statement on the age of the earth from Jesus — not the young ager.

This, again, points to either option one or three from my list being correct, and since option three entails Christ’s fallibility, it seems we’ve no choice but to consider that Jesus himself was, in fact, a young age creationist. 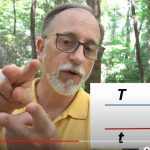