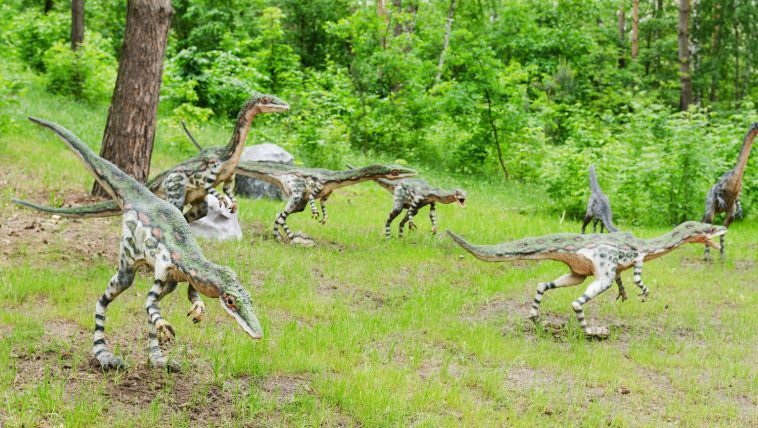 A scoffer is a person that expresses scorn, derision, or contempt toward a person or a point of view.

Most secularists promote the view that there is no geologic evidence anywhere on the surface of the earth for a global flood. Some allow that the flood described in the Bible could have been just a local flood restricted to the area of the Middle East. The old-earth creationists are nearly all believers in the local flood interpretation.

In my experience, those in the Church who are flood scoffers do more harm to the advance of the gospel message than any other group of biblical skeptics. Their ease at taking compromised biblical positions is more contagious than a virus and detrimental to the spread of the Word of God. Unfortunately, they seem to be unfazed by the apostle’s warning in 2 Peter 3:3-6 (see below). Their liberal view of the flood is consistent with their overall view of the accuracy, inerrancy, and authority of the Bible.

So, what really is the truth regarding the flood?

Much geologic evidence supports the flood. In this article, we will focus on the fossil evidence in the rock record due to the dinosaur bone jumbles found there, and we will see the strength of the biblical creationist perspective. Throughout the world, these bone jumbles or bone beds are commonplace. In the USA, some of the most famous are located at Dinosaur National Monument (UT & CO), Cleveland-Lloyd Dinosaur Quarry (UT), The Morrison Formation (Western USA), and The Two Medicine Formation (MT).

In Northwest New Mexico, there is evidence of perhaps 1,000 Coelophysis dinosaurs rapidly buried in a massive flood. These animals were entombed and fossilized into rock at the Ghost Ranch Coelophysis Quarry.

Most secular paleontologists write that this multitude of specimens was deposited so closely together as the result of a “flash flood” that buried them quickly and simultaneously, and such flooding was common back at the end of the Triassic Period that they estimate was 200 million years ago. (As is the usual case in these bone jumbles, other kinds of fossil life are also found buried in the mix.)

As advocates of the principle of uniformitarianism (“the present is the key to the past”) it would logically follow that secular paleontologists would believe that these Triassic flash floods could not have been much different from flash floods of today. However, there is no evidence of hundreds of animals being buried and fossilized together as a result of any modern flash floods. In fact, there is not any evidence of even one animal being buried and fossilized as a result of a modern flash flood.

Most of the bones at Ghost Ranch are disarticulated and jumbled, but a few are organized close to the articulated skeletal arrangement of the Coelophysis [SEE-loh-phuh-sus] dinosaurs when they were alive. The most famous mostly-articulated specimen is in the image shown below. 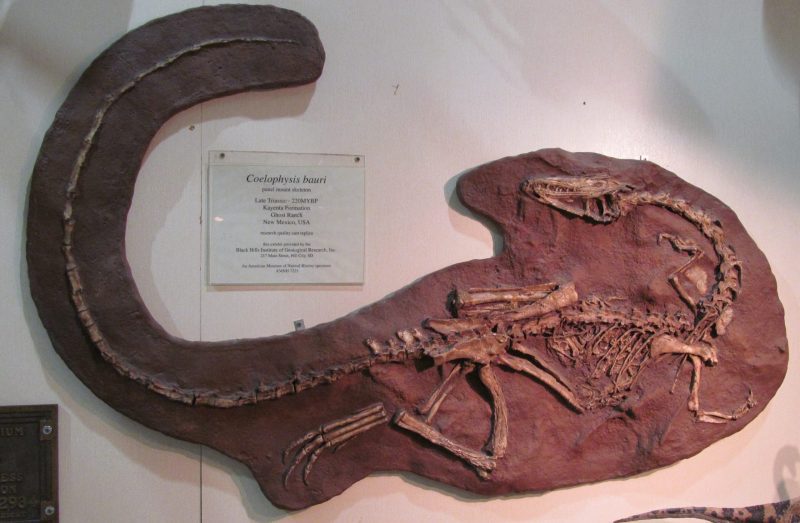 Notice that the articulated Coelophysis skeleton is in the opisthotonic “dead-dinosaur” position with its head thrown back, limbs bent, and tail extended. To be frozen in this pose would definitely require rapid burial by tons of water-laden sediment. This is what is not seen today, but what would be expected in the global flood described in the Bible that transpired about 4500 years ago.

Many dinosaurs have been found as fossils in the rock record in this opisthotonic pose.

Biblical creationists remain strong in their position on the authority, inerrancy, and accuracy of God’s Word in large part due to pieces of evidence like those found at Ghost Ranch, in spite of an ongoing cacophony from scoffers. It is difficult for me to understand how any open-minded individual, especially an avowed Christian, could continue to scoff at the global flood when the fossil evidence can so easily be interpreted in accordance with the historical narrative of the Bible.

Above all, you must understand that in the last days scoffers will come, scoffing and following their own evil desires. They will say, “where is this ‘coming’ he promised? Ever since our ancestors died, everything goes on as it has since the beginning of creation.” But they deliberately forget that long ago by God’s word the heavens came into being and the earth was formed out of water and by water. By these waters also the world of that time was deluged and destroyed. 2 Peter 3:3-6 NIV 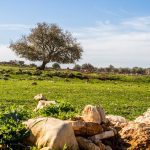