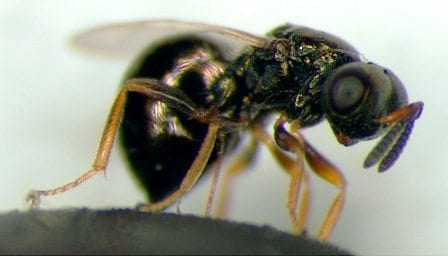 “But of the tree of the knowledge of good and evil, thou shalt not eat of it: for in the day that thou eatest thereof thou shalt surely die.” Genesis 2:17

The consequences of man’s sin have touched every part of the creation. After God made us, He declared His entire creation “very good,” which by God’s standards is perfect. But human rebellion against God set at work the forces of death throughout the creation. The gnat like jewel wasp is a good example of this. Under the microscope the jewel wasp lives up to its name, showing patterns of iridescent colors that change with the light. But that’s about all there is about the jewel wasp that reflects its perfect creation.

The female jewel wasp, ready to lay her eggs, seeks out fly pupae, most readily found in the corpses of dead animals. There she injects the fly pupae with venom to paralyze them to provide a fresh meat source for the 20 to 40 eggs in each pupa. After one or two days, the eggs hatch and the hatchlings feed. The males, which have no wings, mate with the females and die where they were born. The females then fly off to repeat the cycle. Interestingly, the female has a special organ which controls whether the egg she lays is fertilized or not fertilized. Unfertilized eggs result in sons, while fertilized eggs result in daughters. This works to balance out the population.Though the jewel wasp is beautiful and has amazing abilities, it has taken over the necessary job of corpse disposal. Thankfully, in Christ we can eagerly await that day when Christ, Who has overcome death, will return to give to all who believe in Him the blessings of eternal life. 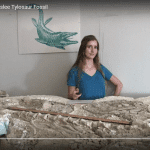 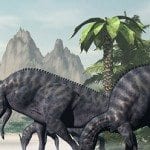