At the 75th annual meeting of the Society of Vertebrate Paleontology, held this year in downtown Dallas, the world’s foremost fossil experts presented scores of research summaries. Researchers described extinct giant mammals from Argentina, one-of-a-kind bird fossils from China, and good-old North American classic dinosaurs. Amazingly, almost all of these fossil descriptions included phylogenetic (evolutionary) tree diagrams. Today’s paleontologists show a religious-like devotion to fit their finds in an evolutionary tree. And with equally amazing regularity they describe problems with this process of constructing evolutionary trees. Are these problems significant enough to cast doubt on the whole exercise?

One poster described a duck-bill dinosaur (hadrosaur) called Tanius from China and provided two different phylogenetic tree options—an inadvertent but open admission that they don’t really know which scenario is correct. Maybe neither. The poster authors wrote, “Tanius sinensis shows a complex of derived and primitive characteristic generating considerable character conflict and resulting in a loss of resolution among non-hadrosaurid hadrosauroids.”1 In other words, instead of revealing itself as between other evolutionary forms, Tanius looked quite unique.

Similarly, one researcher offered a new take on the evolution of an extinct cat-like creature.2 Unfortunately for those who imagine that each creature falls neatly along imagined lines of descent, this study also generated more than one tree diagram. Their differences were based not on creature characters but on …Continue reading. 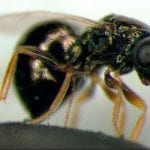 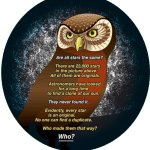