A massive fossilized spider has set a new size record. It looks like today’s golden orb-weavers, which are large enough to dine on small birds. This discovery, in conjunction with similar ones, presents problems for evolutionary origins, and also shows how a name choice can be misleading. What did scientists decide to name this fossil, and why?

The fossil was found in Daohugou rock beds in China, along with amphibians, dinosaurs, many insects including flies and mayflies, and a large semiaquatic mammal.1 The giant web-weaving spider was identifiable down to the genus name, and an international team of researchers described it in the journal Biology Letters.2

Known to inhabit mostly tropical areas today, the golden orb-weaver spiders that look closest to the fossil find are in the genus Nephila, which has over 35 named species.3 A popular 2008 email circulation showed a photograph of one in Australia, devouring a bird that was caught in its giant web.4

Was the fossil Nephila different enough to justify being given a new name? Considering that species names are routinely given to animals in the same genus based merely on such things as slight color or texture variations, or even just where they live, it is not surprising that this fossil spider received a unique label—Nephila jurassica. But tying the fossil’s name to a specific geologic time period only reinforces evolutionary assumptions regarding its age.

Based on how the nearby dinosaur fossils correspond to geologic charts with evolutionary age assignments printed on them, these authors asserted that N. jurassica lived approximately 165 million years ago, which extends the fossil record “of the genus Nephila by approximately 130 Ma [million years].”2 What has “natural selection” accomplished with supposedly 130 million years of accumulated… Continue Reading. 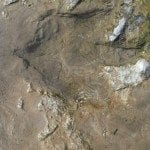 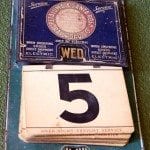