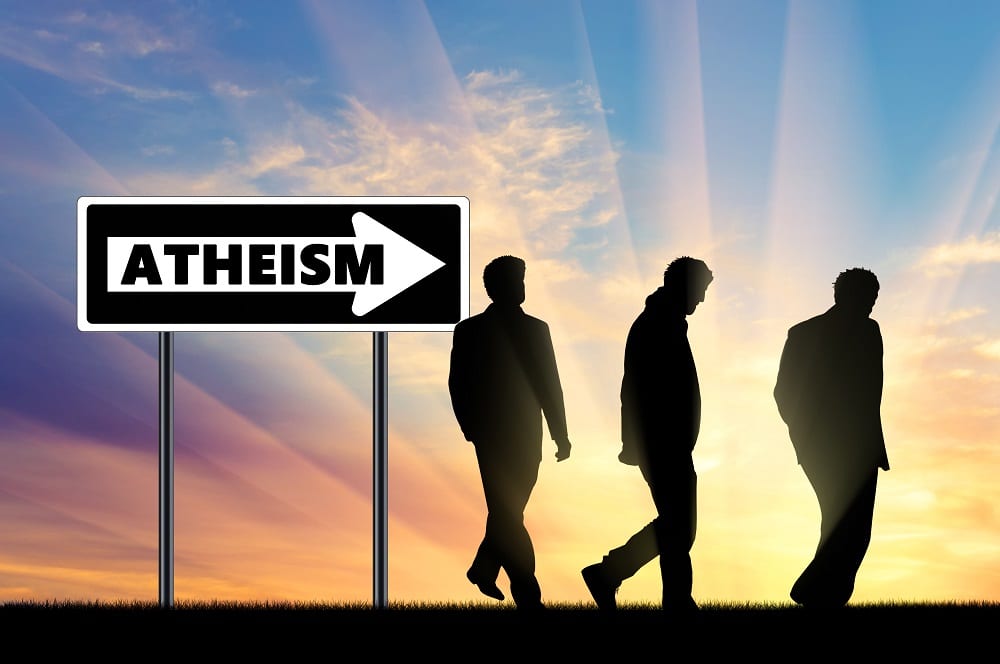 Please let me introduce myself. My name is Terry Read. I am a director at the San Antonio Bible Based Science Association and co-host of the radio program – Believing the Bible – on KSLR AM 630 and available on podcast on KSLR.com. This is my first article on the Creation Club. So I will start out explaining why I consider this work so vital (why I do what I do); and tell you what you can do.   I will borrow material from an article that I wrote for my own website last November, shortly before Thanksgiving.

On Wednesday, November 15, 2017, I attended the 4th Annual UTSA (University of Texas at San Antonio) Religious Forum. On the panel, they had SGI Buddhists, a Catholic nun, an American Humanist, a Hillel (Jewish), and members of the Secularist Student Alliance who were sponsoring the event. The organizers wanted diverse viewpoints. But when the topic of evolution come up – everyone agreed Darwinian evolution (molecules to man) was a “fact.” The organizers thought the Christian viewpoint was represented by the nun and did not see the importance of having someone that believed in biblical creation.

After the meeting, I was able to talk to Sean – the Secular Student Alliance representative, and Vicki – the American Humanist Association representative. I started with Vicki. During the forum, she had mentioned walking away from the church. So I asked her what led her to walk away. She told me she was raised in a Catholic home. But her father never went to mass which sent her the message that it was not important. She was only taken to church on holidays like Easter and Christmas. She went through confirmation, but had a lot of questions. They told her to stop asking questions and just believe. Even her sister told her to just stop asking questions. Later she disagreed with the Catholic Church on issues such as birth control. So she finally ended up just walking away when she had her own family. Now she is a humanist teaching her kids “the faith.”

After listening to her story, I told her that she had honest questions that should have been answered. The church had failed her; and I was really sorry that had happened to her. I acknowledged that what she was reading in the Bible conflicted with what she was seeing everywhere else. But I told her that she did not have to believe what she was seeing everywhere else. I explained to her that is why I do what I do. I told her “You walked away from the church because you don’t believe the Bible. I am ready to walk away from the church because I do believe the Bible.” I gave her my name and website information. I find myself feeling much more affection and empathy for people like Vicki, than I do for church leaders who just want to ignore this issue even when offered help. They are causing us to lose the Vickis of the world.

Then I talked to Sean. I asked him the same question. But he did not give me his story the same way Vicki did. Over time, he had just been “convinced by the evidence,” which was “overwhelming.” Since his organization sponsored the event and he had talked about having diversity on the panel, I confronted him with not having one person that believes in biblical creation. The Catholic nun they had is a theistic evolutionist. I told him that I could have answered all of the things they were saying about evolution. So he asked me to go ahead – and I did. I told him the example he gave of bacteria evolving was bacteria still being bacteria.1 He was extrapolating to the Nth degree. The fossil evidence was really artistry. If the fossil evidence really supported the General Theory of Evolution, they would not have to make it up like the display of Lucy at the Saint Louis Zoo.2 I mentioned the Laetoli foot prints and how it was misrepresented.3 I stated what the General Theory of Evolution is – that life started out as a simple single celled organism (of which there is not any such thing) and over time gained enough genetic information to become all of life on this planet. But what we actually observe is the genome running downhill because of genetic mutations. I mentioned John Sanford and his work on this.4 I talked about how “junk” DNA was used as a “proof” of evolution. Then when it was found not to be “junk,” that was used as a proof of evolution.5 I do not know if I convinced Sean of anything or not. But at least I think Sean now understands that this is worthy of a debate.

I talked to the Jewish representative who did not consider Messianic Jews to be Jews. I told him as a Christian, I considered Christianity to be Jewish. Jesus was Jewish. The disciples were Jewish. Paul was Jewish. He made the statement that from that perspective, Islam would be Jewish. I pointed out that Mohammed would not have considered himself Jewish.

I did not have a chance to talk to the Buddhist who stated that “the purpose of religion was to be happy.” I would like to have told him that the purpose of Christianity was to be rightly related to God.

My ministry is to teach people that they can believe the Bible – starting with Genesis. I have had a number of invitations from churches. But they are from churches in Africa, India, and Pakistan. Church leaders here in America do not want to engage this issue. I was trying to talk to one and he just hung up on me rather than have an actual conversation about this. The result of churches not teaching people that they can believe the Bible is we are losing the Vickis of the world. I would also argue that the result is also we are losing the Seans of the world; because people that are raised in the church are not prepared to engage the Seans. Jesus said in Matthew 18:6: “But if you cause one of these little ones who trusts in me to fall into sin, it would be better for you to have a large millstone tied around your neck and be drowned in the depths of the sea.”6

I truly believe if churches had been teaching parishioners that they can believe the bible, we would have countered all of the Darwinism and philosophical materialism (the belief that matter and energy are all that there is). If this had happened, we would not be where we are today. So my question is for my readers is: Is your church teaching leaders that they can believe the Bible? If not, ask your church leaders: Why not? Ask them to contact the nearest biblical creation organization. We can help. Leave a comment below for help in getting resources or connecting with a local organization. If you are in the south central Texas area, contact the San Antonio Bible Based Science Association 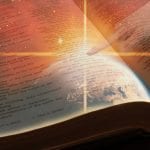 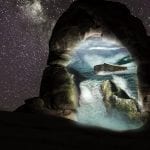