Did the Grand Canyon take millions of years to form? Haven’t geologists proved that the earth is billions of years old? How long does it take to fossilize an animal’s bones? Fossils, rock layers, and minerals are all closely tied to the age of the earth. Geology is the study of the earth. This branch of science covers fossils, rocks, minerals, rock layers, mountains, volcanoes, and many other things. Geology is a “messy” science – it doesn’t stay in its own nice little box. It steals from many other branches of knowledge and has its own character, too. You can’t study geology without learning some history, chemistry, physics, biology, astronomy, philosophy, and logic. This science simply cannot be isolated from other aspects of learning and life.

In case you haven’t caught on, I like geology. It’s my favorite branch of science, partly because it is so diverse. Last week we looked at questions on what the Bible says about origins (Read that article: Is the Genesis Creation Account Literal? – Creation Basics 2). From the Bible, we can tell that the Earth was created about six thousand years ago. Today, let’s look at geology questions on origins and the age of the earth.

Does it take millions of years to make rock layers?

Nope – mud layers can form quickly, and if they are in the right conditions, they turn into rock. It’s all about the right conditions. The amount of time is less important. Many people think that rock layers must have taken many thousands or millions of years to form. If you look at the way mud and sand build up naturally today in special areas around rivers, oceans, or deserts, it does look like it might take a long time to turn those small deposits into the rock layers you see in road-cuts. But, the slow processes we see today simply can’t explain the many vast, deep, and clean-cut rock layers we find. Growing plants and burrowing animals would mess up the clean, flat contacts between mud layers long before they could turn into rock. If you look at rock layers in the Grand Canyon, you can see lots of perfectly flat contacts between layer after layer. This flat contact makes more sense if the layers were all made around the same time, before animals and plants messed up the surfaces.

Does it take millions of years to make a fossil?

A fossilized teddy bear toy. A miner’s hat turned to stone. A petrified sack of flour. Did it take millions of years to “fossilize” these objects? Of course not – those are all modern objects that were quickly “fossilized”. Objects can “fossilize” in a few months to a few decades, depending on the conditions. What exactly is a fossil? Technically, it’s the remains of a very ancient once-living thing (plants, animals, etc.). How does something fossilize? Usually when people say “fossilization”, the process they mean is “permineralization” or “petrification”. In this process, minerals replace the once-living cells, turning bones to stone. This replacement isn’t about time as much as it is about the right conditions. Hot mineral springs can “fossilize” things quickly. You can have a “fossilized” or permineralized thing that is very new. On the flip side, I have a bone that is not “fossilized” (replaced with minerals), but this mammoth bone is still a “fossil” because it’s ancient (several thousand years old).

Does the geologic column prove that earth is billions of years old?

No. The geologic column (or timescale) is simply the general order in which we find rock layers. The logical rules used to put rock layers in order were first created by Nicolaus Steno. Steno did not believe that the rock layers were millions of years old. In the rock layers, he thought that we could clearly see a record of creation and the global flood as recorded in the Bible. Often you will see evolution tacked on to the geologic column, showing only the fossils that fit their evolutionary order. We don’t see evolution in the rock record, but we certainly do see an order. This order is better explained as different ecosystems being buried throughout the global flood. The geologic column is not a record of evolutionary history – of new creatures coming to life. Rather, it is a record of the progression of catastrophic death around the world during the global flood.

Is there any evidence from geology for a young earth?

Absolutely – there’s lots of evidence for a young earth. Although it’s popular to believe that all scientific “dating methods” point to a very old Earth, this simply is not the cast. About 90% of scientific methods that can be used to estimate the age of the earth do not allow enough time for the traditionally taught age of 4.6 billion years. These methods include the increasing amount of salt and sediments in the ocean, the moon drifting away from Earth, our decaying magnetic field, and much more. Here are a few highlights of other evidences for a young earth from geology:

In 2005, a group of paleontologists had to break a T. rex bone to move it in a helicopter. Inside the bone, they discovered soft tissue. Soft tissue, like blood vessels, doesn’t last long. Just look at the food decaying in your refrigerator if you leave it in there too long! It’s the same basic principle for soft tissue in dinosaur bones. If it hasn’t decayed yet, it must not be very old. Soft tissue cannot last millions of years. There is no known way to preserve what researchers have found for the supposed 65+ millions years that dinosaurs have been dead. But, it is possible for soft tissue like this to be preserved for a few thousand years, under the right conditions.

In some places, multiple rock layers all stacked together are smoothly bent at a dramatic angle. If each of these layers had taken long, long periods of time to form, the bottom layers would have hardened long before the top layers were made. Hard rock layers don’t bend without cracking and breaking. Although enough heat and pressure can smoothly bend rock layers like this, that kind of heat and pressure changes the rock type from sedimentary rock to metamorphic rock. These two rock types are very different. There are places where the sedimentary rock is dramatically bent (e.g. in the Grand Canyon) – it had to be bent while it was still soft. This means that all the layers still had to be soft when the top one was laid down. Millions of years don’t work for bent rock layers!

Some fossilized trees stand upright, going through several different rock layers. Dead trees don’t just stay upright in place for thousands to millions of years while dirt slowly piles up around them until they are covered in layers. By then, the trees would get scavenged, fall apart, and decay. But, if they are covered quickly by catastrophic flood waters, trees can be preserved upright with layers around it. Upright trees were found at the bottomSpirit Lake by Mount St. Helens after this volcano erupted. Trees were torn from a mountainside during an eruption and dropped into the lake. As the trees became water logged, the heavier root side floated lower in the water and sediments started building up around them. Fossilized upright trees are much better explained by a catastrophe, like Mt. Saint Helens (only much, much bigger!), than by long periods of time.

Have you ever noticed the way a normal birthday-party helium balloon slowly sinks as time passes? The balloon sinks as it gradually loses those slippery little helium molecules which are replaced with heavier air molecules. Weird as it may sound, there is actually some helium trapped in little crystals inside granite. There is way too much helium in granite for it to be millions of years old. Helium slips out of rock crystals sort of like it slips out of a balloon. If you find a birthday balloon floating high in the ceiling, that’s usually a good sign that the birthday party wasn’t that long ago. In a similar way, finding rock crystals with a lot of helium like we do is a good sign that the rocks aren’t very old.

Today we have covered some of the basic questions about geology and the age of the earth. How old is the earth? Short answer – about six thousand years old. The Bible records this history and science confirms it. Next week we will look at some common questions about evolution and biology. 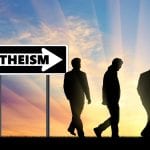 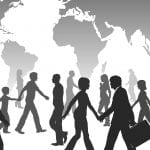