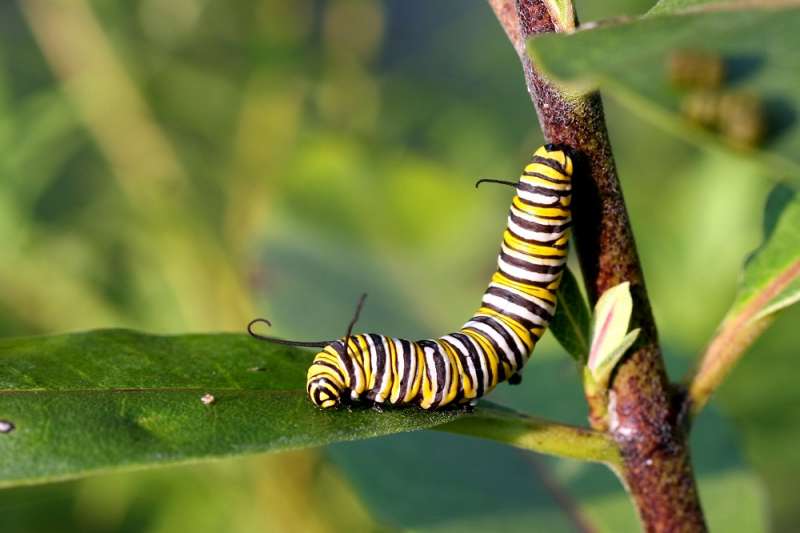 What would it be like to be changed from a worm to an airplane? The Monarch butterfly can give you an idea for in about 30 days it is transformed from a wormlike caterpillar to a beautiful complex flyer. The story starts with a female Monarch landing on a leaf. This begins the miraculous development of the Monarch from egg to adult.

Just any old leaf will not suffice for a Monarch nursery. The mother Monarch insists on leaves of the poisonous milkweed preferably small and tender ones near a source of water. Even then she is fussy about which final leaf she chooses. Her forelegs have tiny needles which pierce the leaf in order for the Monarch to perform a chemical analysis. Using her other feet and antennae she determines if the leaf has enough water and nutrients to sustain her baby. If it does Mother Monarch lays one tiny egg and goes on looking for 400-800 other suitable leaves.

The female has stored her eggs and male sperm in separate pouches within her body. As she passes an egg through her oviduct it passes over the sperm pouch where a sperm enters it and then a very strong glue is attached to the bottom of the egg. Within this egg is the complete genetic code to guide the growth and navigation of the Monarch butterfly.

In about three days the two millimeter larva (caterpillar) emerges. It has feelers, mouthparts, a digestive system, a silk gland, blood, a heart, and a brain all held in place by its exoskeleton. It is designed to eat only milkweed and would rather starve without it. The tiny legs have claws or suction cups created perfectly for the needs of the caterpillar. The spinneret produces a silk thread that dries in about two seconds and is used to support the caterpillar as it molts. After 4-5 molts (20 days after the egg was laid) the elegant yellow, black, and white striped baby Monarch has increased its weight 2700 times which would be equivalent to a 6 pound human baby growing to 8 tons! Now, the caterpillar is ready for the next amazing stage of life.

The last molt takes about 60 seconds. The caterpillar spins a silk pad which varies in strength and style according to the surface on which it is placed. The caterpillar hangs upside down in a J shape and sheds its final skin ending in a crucial blind connection of microscopic hooks to the silk pad. The Monarch is now helpless in a gem-like green chrysalis containing a band of metallic gold spots that resemble a crown. While in this pupal stage for about eight days it is mostly a liquid, but still has a beating heart. When the metamorphosis is complete the Monarch usually emerges in the morning after sunrise. It pumps fluid into its wings and is ready to fly anywhere it wants.

The metamorphosis of the Monarch is miraculous. To believe this happens by accident is to display an incredible faith. 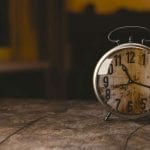 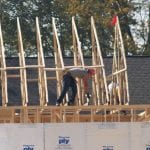