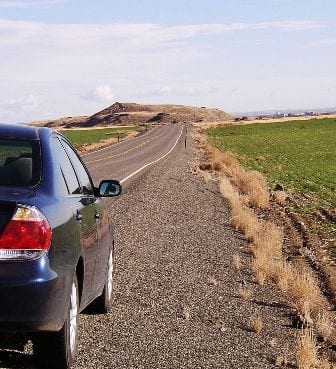 “Fifteen cubits upward did the waters prevail; and the mountains were covered.” Genesis 7:20

If there was a great worldwide Flood, as described in Genesis, such a catastrophe certainly should have left obvious evidence of itself all over the world. Scientists who believe in creation say that we are surrounded by these evidences. Many of them also believe that some of the features associated with glaciers can be better explained by a catastrophic flood. While evolutionary scientists scoff at the biblical account of the Flood,

they continue to run across evidences of what they take to be huge floods. Now further evidence has been reported of a continental flood.

The September 1989, issue of Geology, a scientific professional journal, carried an article about drumlins in northern Saskatchewan. Drumlins are hills that are traditionally associated with glacial activity. When viewed from the air, they resemble eggs lying on their sides, all pointing in the same direction.

Over the last few years, some scientists have proposed that drumlins were formed by large quantities of water running in the same direction. The article in Geology offers yet more evidence for large quantities of water moving over the continental land surfaces. One of the scientists remarked that, “There’s nothing in recorded history that matches the size of these floods.”

If we consider Genesis to be recorded history, rather than ancient and ignorant myth, there certainly is an historical record of a huge Flood!

Prayer:
Dear Lord, in our age of unbelief, so many don’t even feel they need to apologize for rejecting Your Word as ancient myths. Help me, along with all of Your people, to be bright, shining lights for Your truth in this dark world. In Jesus’ Name. Amen.
Notes:
Photo: Drumlin at Withrow Moraine and Jameson Lake Drumlin Field National Natural Landmark, Washington state. The glacier flowed from left to right. (PD) 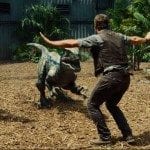 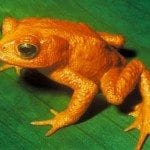