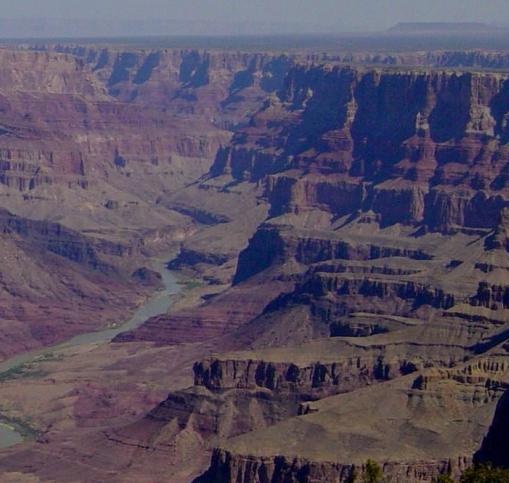 For decades now the fossil record has been considered by many to be the proof of evolution. People will often apply to the apparent order in the geologic column as evidence for biological evolution. But what does the observational evidence really show?

According to evolution we should expect to find an orderly fossil record that preserves life’s progression from simple to complex. In the rock layers towards the bottom we should only find simple life forms that gradually get more complex as life evolves in complexity. Since one kind of animal is supposed to turn into another we should expect to find ancestors and then descendants consistently throughout the rock record, not vice versa (i.e. dinosaurs and then birds but no fully formed birds with or before dinosaurs).

According to the biblical record we understand that life was created to reproduce “according to it’s kind” (Genesis 1). This puts a boundary around reproduction that prohibits one kind from turning into another kind. The biblical account also records that there was a global Flood around 4,300 years ago. This catastrophic event would have rapidly buried billions of creatures in rock layers all around the world. Likely as the Flood waters rose different environments (i.e. sea floor, continental shelf, shoreline, forest) would be successively buried in a sequence. Based on this model, we should expect to find a semblance of order in the rock record. But we should also expect a global catastrophe to carry and bury creatures together that would not normally live together. So fossils that are found out of their environment are not unexpected.

Scientists, with growing frequency, are finding fossils that appear earlier or later in the geological column than the evolutionary model predicted. The result is that evolutionists are forced to extend their range. This is known as “stratigraphic range extension.” Now, the expansion of stratigraphic range for a few different organisms is not a major problem for the evolutionary paradigm. After all, evolutionary biologists and palaeontologists have limited knowledge and should be allowed a margin of error when it comes to mapping out the path of life. But there are more than just a few fossils that must be reworked in the evolutionary paradigm. The numbers keep increasing each year. Indeed, they are becoming the norm and not the exception. To see examples of these fossils all you have to do is pay attention to the news. Constantly you will read things such as “appears 20 million years earlier than expected.” This is not just the occasional surprise to palaeontologists but is becoming an increasingly common occurrence as any astute observer of the news will note.

Here are just a few out of many examples:

Agnathan fish are jawless fish such as lampreys or hagfish. They are considered to be primitive and to be the ancestors of more complex fish. Originally, they were only found in upper Silurian layers which allowed them 125 million years to evolve from invertebrates. But palaeontologists kept finding new fossils of agnathan fish in subsequently lower and lower layers. Their range soon extended from upper Silurian (dated at 420 million years) right down to the Cambrian layer (dated at 530 million years)! This places vertebrates with their complex body plan as part of the problematic (for evolutionists anyway) “Cambrian explosion.”

Eukaryote cells (cells that contain a nucleus and other complex organelles) were originally thought to have originated around 1.2 billion years ago. But later evidence showed that eukaryote cells actually were around when the late Archean layer was laid down (conventionally dated at 2.7 billion years). This means that, according to conventional dating, the original evolutionary timeline was wrong by a factor of one billion years.

The fossil record has also preserved what evolutionists assume to be the arrival of the first complex brain. Contrary to what evolution predicted, the oldest complex fossilized brain is found in Cambrian strata. This places the evolution of the complex brain 520 million years ago. The researchers were shocked by the idea that “anatomically complex brains evolved earlier than previously thought and have changed little over the course of evolution.” So, not only did the brain evolve far earlier than expected, it has changed very little in 520 million years!

According to evolutionary theory birds evolved from dinosaurs. If this model is true then we should not expect to find fully formed and functioning birds alongside dinosaurs in the fossil record. Yet that is exactly what we do find. In the Cretaceous layer we find birds that are common to us today such as loons, geese, ducks, albatrosses, petrels, gulls, shorebirds, and others. These birds should not be there if the evolutionary model of origins is true.

These are just a few examples but there are many more that could be listed. Other examples include sharks, land plants, arthropods, winged insects, flight, and much more. This poses a major problem for evolutionists. If the geologic record preserves a record of life’s past and, based on the fossil record, palaeontologists have supposedly developed a fairly reliable tree of life, then why are fossils continually popping up that defy evolutionary expectations? Why are fossils constantly appearing before they are supposed to have evolved or after they are supposed to have gone extinct? Thankfully for the evolutionist, evolution is such an elastic theory it simply changes to reflect these new fossils. But a theory that explains everything by explaining nothing is not a good scientific theory. Scientific models are supposed to be discarded when the evidence consistently and persistently defies the predictions based on the model. Evolution, however, simply adapts itself to fit the new evidence. This is not good science.

Actually this demonstrates that the creation/evolution controversy is not really about the evidence. It’s about two differing worldviews. There are two different kinds of science; observational and historical science. Observational science deals with the present and is directly testable, repeatable, and observable. But historical science deals with the past. Cleary the fossil record is in the past. When a scientist examines the fossil record he must try and reconstruct what happened in the past but he cannot directly test, observe, or repeat the life, death, and burial of the creature. That’s all in the past and he just has the present. So what he believes about the past is going to directly influence how he interprets the evidence. An evolutionist will interpret the fossil in light of evolution and is willing to change aspects of evolution to make the fossil fit with his ideas about the past. But a creationist will see the exact same fossil and reach entirely different conclusions because he starts from a different starting point, God’s Word. It is not a battle over the evidence—it’s a battle between worldviews.

Now, because you cannot directly test, repeat, or observe the past, you cannot prove your ideas about origins. However, you can see if the evidence supports or is explained by a particular model. Now, in the case of these “out-of-place” fossils, they defy evolutionary predictions and force evolutionists to change their model to fit the evidence. But, they are perfectly consistent with a biblical model of Flood geology. Based on the biblical account of the Flood, we should expect to a find basic order as the floodwaters rose and buried different environments. But since the creatures buried in Flood layers all lived at the same time it is no surprise to find representatives of a kind buried outside of their native environment or in more than one layer. The observational evidence defies evolutionary predictions but is perfectly consistent with a biblical model. The fossil record and geological column are not indisputable evidence of evolution. Rather, they preserve the record of God’s watery judgment on a wicked world.

Click here to read part one in this series. 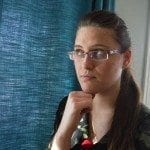 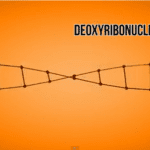