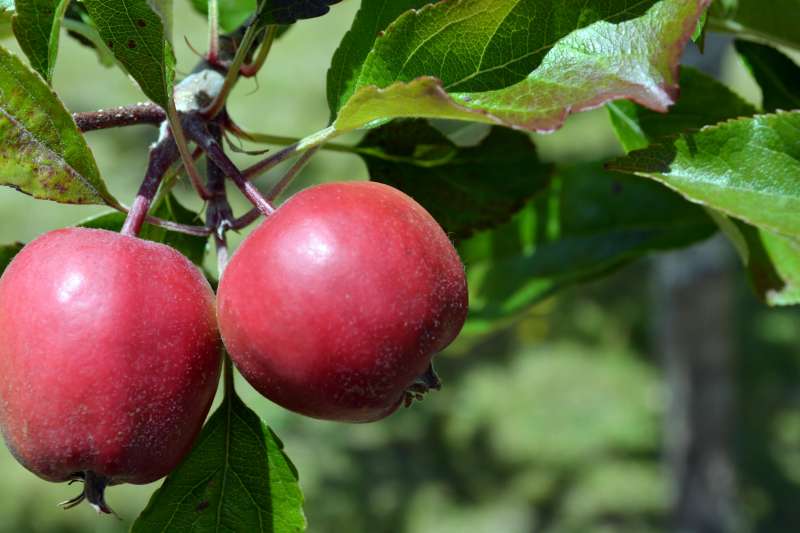 There’s a popular little story about Newton observing an apple fall from a tree and being inspired to develop the law of gravity. Whether or not that story is entirely true, it does illustrate the astuteness of Newton’s mind. He witnessed an ordinary, everyday event and simply asked the question “why?” How’s and why’s are the most important questions in science, and the answers often shake the very foundation on which we stand. Case in point: gravity.

I’m sure most of you are familiar with gravity. What goes up must come down, right? That’s a rather oversimplified definition, as we all know that NASA can fling satellites into the heavens without any concern whatsoever that they’ll fall back down again.

In 1686, Newton formulated a mathematical equation to describe this for us. So a little more formally, Newton’s law of universal gravitation says that every object attracts every other object by a certain force. That force is proportional to mass of the attracting object multiplied by the mass of an attracted object. Now, “proportional” just means that as the masses increase, the force increases as well. It also means that our masses (let’s call them m1 and m2) go on the top part of our fraction (see figure). However, the force is also inversely proportional to the distance between the two objects squared. “Inversely proportional” simply means that as distance between the two objects increases, the force between them decreases–and the distance (we’ll call it “r”) goes on the bottom part of the fraction. Lastly, whenever something is proportional to something else, mathematics requires a constant, or a set value, within the equation. The constant for this equation is G and is called, not surprisingly, the gravitational constant. Okay, we’re done with the math! 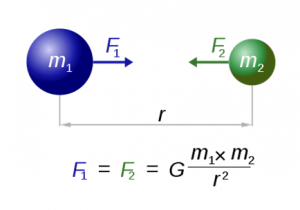 So this is Newton’s law describing gravity. Earth pulls on me, and I pull on the Earth. Naturally the Earth wins because its mass is unarguably much greater than mine. What’s more interesting, I think, is that I also pull on everything else in the universe too. I don’t noticeably attract anything like Earth does because (1) the masses aren’t big enough and/or (2) the distance between us is too small. I may attract dust or something, but I’m not sure. That’s not a pleasing thought though, so we won’t worry about it.

1 Corinthians 2:14 – “The person without the Spirit does not accept the things that come from the Spirit of God but considers them foolishness, and cannot understand them because they are discerned only through the Spirit.”

Newton’s law of universal gravitational was phenomenal, but there was a problem. According to this law, the gravitational force is transmitted instantaneously and without physically touching the objects. For example, it doesn’t take any time at all for the Earth to pull on me. Once I jump up, it instantaneously pulls me back down…and without touching me. Gravity works just that fast–almost like magic! Gravity is obviously not magic, but until the 20th century, scientists just couldn’t explain it.

Here’s how it was explained to me. Imagine you and a sumo-wrestler sitting cross-legged on a trampoline. The sumo-wrestler is probably making a large indentation in the trampoline, and depending on how far apart you’re sitting, you may fall into him. Gravity is similar. You can imagine the entire universe resting on a giant trampoline. Heavier objects create larger holes in the trampoline than smaller ones. If the smaller object is close to the heavy object, then it will “roll” towards the heavy one. Now this is a dramatic oversimplification, but the idea holds.

As you can now see, gravity isn’t a magical force mysteriously pushing and pulling objects all over the place. It’s a result of how matter interacts with space-time–and it just took a different perspective to discover that.

People often ask if Newton was wrong, if his law of universal gravitation was wrong because it depicts gravity in a rather fictitious way. I wouldn’t say so. I’d say it was incomplete. Newton’s theory works wonderfully well to a certain approximation, and scientists use it everyday. But for other purposes, you need general relativity. There’s now two subfields of physics: classical mechanics, where Newton’s gravity resides, and quantum mechanics, where general relativity resides. Both are used extensively and are extremely important, and I wouldn’t throw Newton away for the world.

What I’m trying to get at is this: there are often two (or more) ways of looking at things. Sometimes one way works better than others, but that doesn’t mean we should throw the baby out with the bathwater. Try to see things from a different perspective. Be observant. Don’t take the ordinary for granted. Search, test, and discover. A scientific mind doesn’t belong just to the scientists. Our God is intelligent and designed a universe for us to discover. He also gave us the ability to search Him out, to search His word out. We were given curiosity for a reason. Use it wisely. 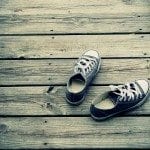