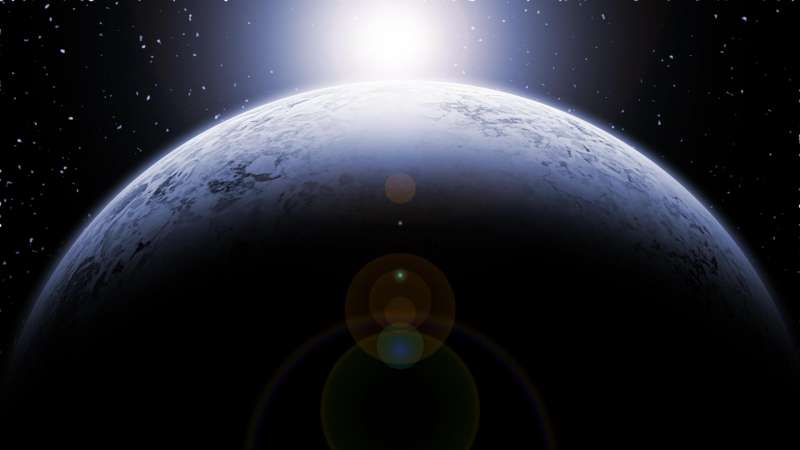 So, while researching some nerdy physics stuff on the Internet, I came across this article by Christian physicist Stephen Barr: The Large Hadron Collider, the Multiverse, and Me (and my friends). It introduces the concept of naturalness, which I’ll talk about later, and explains its importance for frontier physics research. I highly recommend reading it (especially the two links he provides) because it touches on an issue that’s near and dear to our hearts: the orderliness of Creation.

Psalm 8: 3-4 – “When I consider thy heavens, the work of thy fingers, the moon and the stars, which thou hast ordained; what is man, that thou art mindful of him? and the son of man, that thou visitest him?”

All of us expect the world to make sense. Our God is orderly, and as we look around us, we see order, intelligence, and meaningful design in nature. It’s one of the greatest evidences for a Creator. (Psalm 19:1, Romans 1:20). So, naturally, we expect science to make sense, too.

What’s interesting is that atheistic scientists also expect it. They expect the laws of physics to be simple, precise, logical, harmonious, and most importantly, intelligible. Every experiment they perform, every theory they develop, and every law they discover is based on these expectations. Why? Because it just makes sense. Because it’s natural.

Put very simply, the physics term naturalness refers to the sense that our universe should be the way it is -that laws that describe what we see today, and predict what we’ll see tomorrow, can explain its behavior. However, naturalness is more than just a sense. There’s really good evidence for it. Many of the “coincidences” in physics aren’t coincidences at all. For example, each force and constant of nature is “finely-tuned” to just the right number it needs to be for life to exist. Coincidence . . . ?

However, two things are seriously challenging naturalness today: the cosmological constant and the Higgs field. The cosmological constant is the theoretical value of all the dark energy, or “anti-gravity” force, in Space. The Higgs field is an energy field (picture an electric field) that “gives mass” to other subatomic particles, like electrons and protons. Those things might be unfamiliar, but don’t worry about it.

The problem is this: both the cosmological constant and the Higgs field are MUCH smaller than what they’re supposed to be. I’m talking astronomically smaller.

The cosmological constant should actually be 120 orders of magnitude larger than what they currently detect. That’s the number with 120 zeros after it! In other words, there should be a lot more dark energy out there in Space, but there’s not. There’s just enough to accommodate Life. And the same thing happens with the Higgs field. It should be either 0 or a number with at least 15 zeros behind it–no in between. Yet scientists have found it to have a small value, definitely greater than 0. Why are we getting such large discrepancies?

Well, first off, who says the cosmological constant and the Higgs field have to be bigger? Good question. The predictions and calculations come from tried-and-true theories, like the Standard Model, that define what’s natural and what’s not natural. So . . . why not just change the theories? If the theories don’t explain the evidence, then they must be wrong. The thing is, they do explain the evidence— a lot of it actually. It’s only a few things they’re off on. Theories like the Standard Model work. They’re just not complete. (I’ll talk about this topic next time, so don’t worry about it right now.)

Anyhow, these “inadequacies” in our current theories greatly intrigue physicists because further research could lead to a revolutionary discovery. There are a number of possible answers, but the most popular right now is something called the multiverse.

Job 38: 4,6 – “Where were you when I laid the foundations of the earth? Declare, if thou have understanding … Whereupon are the foundations thereof fastened? or who laid the corner stone thereof…”

Okay, so we have our universe. It’s huge and contains absolutely everything there is. The fundamental constants of nature (e.g., the cosmological constant, the Higgs field, the speed of light, etc.) are the same everywhere inside of it. Now imagine there’s trillions of other universes–all with their own set of fundamental constants and physical laws. Most have the “correct” numbers, but a scattering of them, like ours, don’t. This is the multiverse.

The multiverse fixes the naturalness problem because it allows our universe to be “wrong” while still following the theories like the Standard Model. Our universe doesn’t exactly match those theories, so it’s technically “wrong.” But in the multiverse, most other universes do follow the theories, and we’re just the exception to the rule. As long as the majority of universes follow the rule, a few exceptions are allowable.

In other words, our universe is not natural, or perfectly unique and reasonable. What’s more, it doesn’t have to be because it was a product of randomness. Our universe just happened to get the “right recipe” for life. But we’re one of trillions, just a single grain on seashore of time and space. In the multiverse, we’re no more special than the next guy . . . or are we?

In another of Stephen Barr’s articles, he said the following:

“In other words, if (and it’s a big “if”) the Standard Model (plus gravity) describes everything that exists in our world, then among all possible worlds, we live in an extraordinarily unusual one — one that is as unnatural as a vase nudged to within an atom’s breadth of falling off the table . . . That we should live in such an unusual universe — especially since we live, quite naturally, on a rather ordinary planet orbiting a rather ordinary star in a rather ordinary galaxy — is unexpected, shocking, bizarre. And it is deserving, just like the weirdly placed vase, of an explanation. One certainly has to suspect there might be a subtle mechanism, something about the universe that we don’t yet know, that permits our universe to naturally be one that can live on the edge.”

So, by the very “extraordinarily unusual” nature of our universe, scientists still have to wonder why our universe is so “natural.” Even with trillions of universes in play, the chances of getting a life-sustaining universe are so slim that it’s “unexpected, shocking, bizarre” that we’re here. Our universe is special. Not even scientists can deny that.

Now there are persuasive arguments for a multiverse. It’s a derivative of string theory, for one, which I’m a fan of. But it’s a complicated theory; and I won’t pretend to understand it all yet. However, with what I know now, I don’t feel like it truly upholds the “naturalness principle” that we observe all around us. Physicists themselves debate whether a multiverse exists or not. If another universe has different laws of physics than we have, then it’s going to be close to impossible to scientifically prove its existence . . . which brings me to my final point.

There are hard-core physicists out there who are convinced there is a multiverse, even when it seems scientifically impossible to prove. They really believe that they’ll find evidence for it. And who knows? Maybe they will. But if they can believe in something that has little (if any) scientific evidence to back it up, then why are they picking on believers like us? We have a lot more evidence for a Creator then they do for a multiverse.

So next time you come across a raging atheist, tell him about the multiverse. Tell him how there’s no evidence for it but scientists believe it anyway—because they have to. Our universe makes sense. It’s natural, even though it’s not supposed to be. So if scientists deny the multiverse, then they’ve got to explain why our universe is so perfect, so “finely-tuned” for the life we live. God isn’t pseudoscience. God brought science to us. 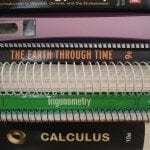 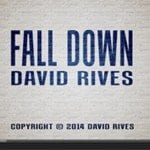