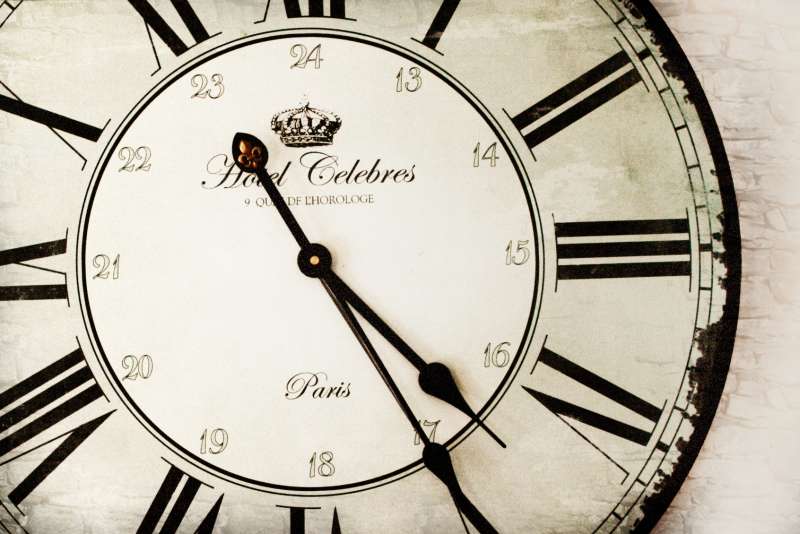 Time. What a strange, intriguing concept. Scientists tell us that time is the fourth dimension, and in that respect, it seems almost tangible. It flows by us all of our days, like water through a tunnel, and even when we’ve passed away, it continues. It’s even more interesting because our God is eternal and transcends time, yet He created days, months, years, and agricultural cycles for us to live by. To me, at least, it seems like time is somewhat important.

It’s generally agreed that the laws of physics apply everywhere. Whether on Earth, in the Andromeda galaxy, or at the center of a black hole, the laws of physics hold. Mathematically, they may look different in those different places, as Einstein’s theory of special relativity proved, but the fundamental principles still apply. This fact in itself appears to be a signature of the Almighty. Because science is the same everywhere, we have the ability to study the entire universe. In other words, our Father enabled us to search out the treasures of His creation both far and wide. Not only is that a blessing, but it’s a privilege to seek out His Mighty Hand. Indeed, our understanding of His work only becomes more interesting when you add Time to the picture.

There’s a theoretical principle in the field of particle physics called Time Reversal Symmetry, or T-Symmetry. Now we all know what symmetry is. Hold out your hands, palms up. Your hands have the same shape but are flipped and mirror each other. Well in physics, symmetry describes two principles or objects that are similar but flipped. For example, there are really small particles in the universe called protons and electrons. They both have the same amount of mass and charge, but protons are positive and electrons are negative. They’re the same but opposite. They’re symmetric. In fact, many scientists believe that symmetry is an underlying building block of the universe, meaning that all physical laws have symmetry, whether mathematically or just how they appear in nature. Pretty interesting, I think…but I digress.

T-symmetry is the symmetry of scientific laws with respect to time. In other words, a scientific law is only considered T-symmetric if it seems to work the same way going forwards in time as when going back in time. You’re probably thinking: “Going back in time? How can scientists can go back in time?! They can’t do that!” Well, in a way, they can—and here’s how: math and video cameras.

For example, we could test the law of gravity. You could watch a video of a man throwing a ball straight up in the air. You could also watch the video in playback mode and see the ball falling from the sky into the man’s hand. If you didn’t know which video was being played in reverse, you might not know which video was in “real” time. Gravity, as you perceived it, would be working the same in each video. The man could be overcoming gravity to throw the ball up in the air, or he could be catching the ball as gravity pulled it down. Either way, your perception of gravity wouldn’t change. The time changed, but gravity didn’t. Since you couldn’t tell which video was real and which was reversed, scientists would say that according to this experiment, gravity was time symmetric.

Now this is a really simple example, but it illustrates the concept. However, scientists find T-symmetry only in the really, really small world of protons, electrons, etc. In our world of people, cars, and buildings, it only occurs in extremely rare instances—such as in our previous example. But in almost all cases, when scientists experiment with time in our world, the laws of physics “change.” To prove this would take a little more time than I want to spare, but I encourage you to research T-symmetry, reversible computing, Maxwell’s Demon, CPT symmetry, and other related topics.

Anyhow, what I’m trying to stress is this: T-symmetry does exist. Just not in our everyday life. And do you know what plays a factor in that? The second law of thermodynamics.

Habakkuk 2:3 – “For the vision is yet for an appointed time, but at the end it shall speak, and not lie: though it tarry, wait for it; because it will surely come, it will not tarry.”

As I mentioned in another post, the second law of thermodynamics is closely connected with entropy and the increasing decay of the universe. As time moves forward, entropy increases. In other words, the second law of thermodynamics is time-dependent. The further we go in time, the more disorderly and decayed everything is, but the further we look back in time, the more orderly and perfect everything is. (That shouldn’t surprise us because that’s precisely what Scripture says.)

In other words, the second law is not T-symmetric. If it was symmetric, then entropy should increase, as time goes backwards, as well decrease. Does that confuse you? Well, it confuses me too. We have to remember that time is a dimension and that T-symmetry is all about perception. Because the second law is not T-symmetric, it’s hard for us to comprehend it any other way. Anyhow, this is all very important because scientists have a question: If we know that time is symmetric in the really, really small world, then why isn’t it in our big world?

Let’s rephrase that question to sound just a tad more scientific. “How can we detect a thermodynamic arrow of time (entropy) when our universe is fundamentally made up of time-symmetric laws? Obviously, time is moving in only one direction and entropy is only increasing. Just as observable is the fact that time is symmetrical (in a transformation known as CPT symmetry) in the subatomic world. Why is the big world so completely different from the small?

And that’s the paradox. Loschmidt’s Paradox, actually. Scientists have proposed a variety of answers, but none are entirely satisfactory. They’re still researching. It’s an important question, though, because it tests the fundamental nature of our universe. In their minds, the universe could have formed any which way it chose. We could’ve “evolved in reverse,” meaning we could’ve steadily become more perfect over time. But we didn’t and we don’t. So why was our particular situation “chosen by the universe?”

From Scripture, we know that our God is orderly, and that time proceeding forwards just makes sense. We know that God created everything perfectly and that it was only Man’s fault that death entered the world. There is no doubt in our minds about this. But can we prove this using math and scientific jargon? I think so.

We don’t have the answer to this paradox today, but I believe that one day we will. Honestly, I think that may be one of the reasons God created paradoxes—because they peak our curiosity and induce us to seek His Hand. They give us a glimpse into the complex mind of a Brilliant Mathematician who engineered Time and the laws by which it abides. That’s why I think it’s so important to support scientific research. Every piece of true evidence points to our Father and verifies His Word. Aside from the riches of His grace and the fellowship of like-minded believers, what greater blessing can we receive than sharing in the understanding of His creation? All of eternity isn’t enough time to praise Him for His goodness… 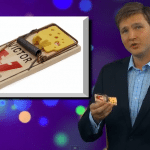 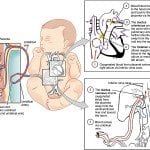