Sunlight can change in a heartbeat. One second, a leaf could be under intense sun and may receive more light than it needs to build sugar molecules through a process called photosynthesis. But a few seconds later, a cloud may wander overhead and block the sun, starving the plant’s photosynthetic machinery. A team of plant biologists recently discovered new mechanisms that help plants cope with these fast-changing light conditions.1

Biology textbooks explain how the basic engine of photosynthesis functions. Amazing enzymes harvest and channel incoming sunlight to power molecular pumps inside plant leaves. These pumps don’t move water or air but instead protons and other ions, one at a time.

This new research investigated an additional layer of complexity that is similar to the way a car’s accelerator pedal works. Managing the flow of ions makes photosynthesis operate efficiently. Since all land life—including mankind—ultimately depends on the sugar-based products that plants generate, we should be thankful and even a little curious about how plants keep photosynthesis functioning smoothly even under sporadic light conditions.

An international group of researchers discovered new and important tasks for a little-understood enzyme named KEA3. As an “antiporter,” it turns on at just the right moments to swap hydrogen ions for potassium ions across a membrane. This happens as soon as those green leaves need to switch from moderate production under high intensity light to extra production under low intensity light.

The study authors, publishing in Nature Communications, wrote, “These data suggest that KEA3 plays a key role in accelerating the decay of NPQ during transitions from excess to limiting light conditions.”1 NPQ stands for Non-Photochemical energy Quenching, a mechanism plants use to protect themselves against cellular damage from intense sunlight. The action of KEA3 turns off NPQ in seconds. Without KEA3, this action would take some minutes, and by then the next cloud or shadow-casting object may have moved. This way, the plant keeps churning out sugar with excellent efficiency in near real-time response to various light conditions.

Nowhere did the authors attribute this newfound ability in plants to sunlight, instead rightly crediting the plant’s internal mechanisms, including KEA3. They wrote, “Our discovery that plants have a built-in machinery to accelerate these kinetics makes KEA3 a new target for efforts to improve crop productivity.”1

The key phrase is “built-in.” Anyone who has tried to build a solar panel should know that nature could not assemble the right parts needed to build a machine that captures and converts sunlight to a different, usable form of energy. Just as someone outside of nature builds such devices, so must have Someone built it into plants.

In other words, only God could have designed the complex and dynamic “built-in” machinery used in photosynthesis. And this new research points to God the Creator as deserving credit for inventing the rapid-response sunlight-adjustment mechanism that ensures efficiency in photosynthesis. 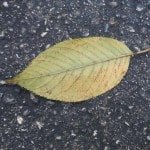 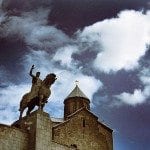