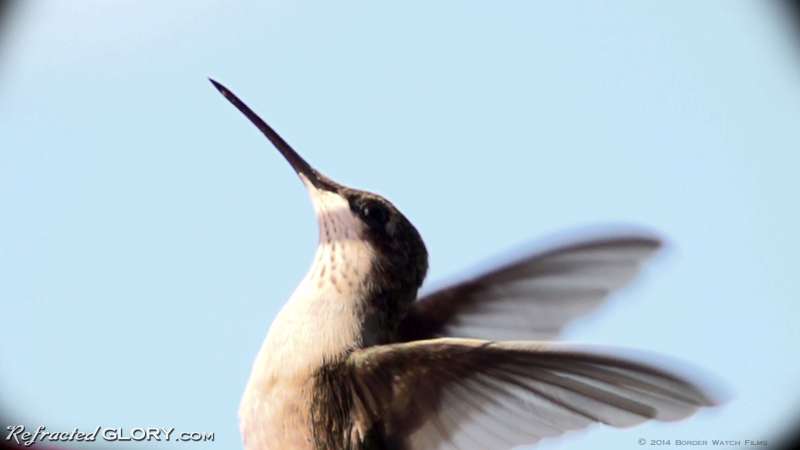 It’s a film that brings to the screen a tiny creature like never before – all for the glory of God. “Refracted Glory” features expert interviews and exclusive high-speed footage of hummingbirds in flight. The film premiered Sept. 16 in Clarksville, Tennessee, before more than 200 special guests, and is now available on DVD.

The attention-gripping documentary explores the physics – and miracle – of the diminutive, but awe-inspiring hummingbird. Director Benjamin Owen began work on “Refracted Glory” in 2013, filming interviews and hummingbirds from all around the United States. He worked with other professionals, including two composers who together created an original score for the film.

The film includes in-depth interviews from scientists, engineers and experts, including:

The film is narrated by the globally renowned David Rives, who also hosts “Creation in the 21st Century” on Trinity Broadcasting Network.

Rives, the documentaries’ host, who was filmed on-location with hummingbirds for the project, stated:

“I was asked by Ben Owen, an award-winning filmmaker, in Dickson, TN to host a feature length documentary on Hummingbirds. As I began to do some preliminary research for the project, I realized that there has never been a documentary made about hummingbirds from a “design” perspective. These incredible creatures are so tiny, yet their capabilities are truly marvelous in every way!

The films in the past that have aired on PBS and nature channels have been consistently from an evolutionary perspective, assuming that hummingbirds arose by means of natural selection over millions upon millions of years. This film “Refracted Glory” is not only inspirational and educational, but nothing like it has ever been produced… until now!”

“Refracted Glory” has been described as “almost encyclopedic” for the depth of content. “I don’t think there’s anything else like it; it goes into such detail,” one premiere attendee said. The exploration combines engineering, history and biology of hummingbirds to shape a truly meaningful message, according to Owen.

Owen, who spent a year and a half planning, filming, and producing the documentary, gave an emotional speech about what the project means to him at the global premiere in Clarksville, TN. He said:

“Refracted Glory was a huge undertaking that became increasingly challenging, but the Lord provided for the project. We relied on the Lord every step of the way and this film is a testimony to His provision. This film was not produced for the love of hummingbirds, this film was produced out of love for my Creator and Redeemer, who lives. He has shown in both the content of this film and through the production of this film, that His word is true.”

Join us on this journey of discovery into the remarkable world of God’s tiny wonder!

Order Your Copy Today on the Creation Superstore… 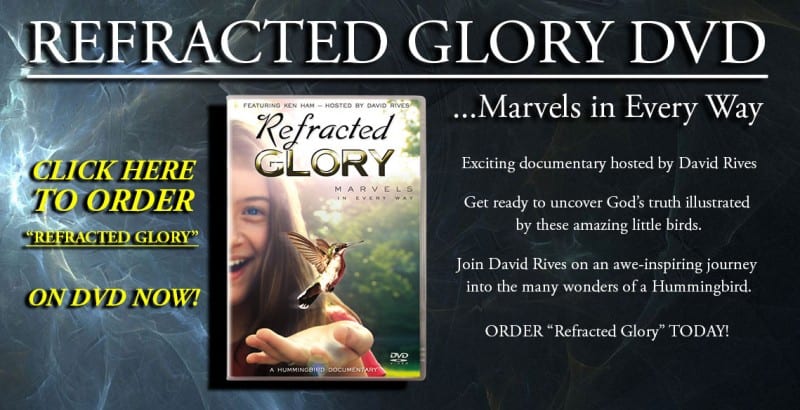 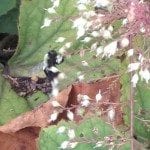