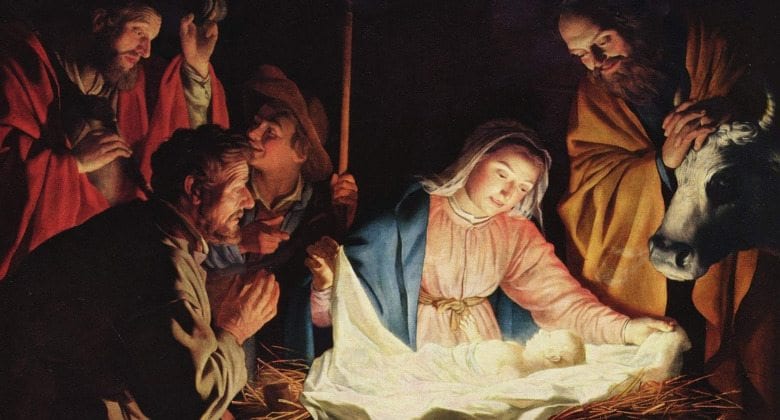 The familiarity, I think, makes us a little blind to the radical and bombastic account. The ancient text, “The Gospel According to Matthew”, claims that a virgin, named Mary, supernaturally conceived a baby who was to be named Jesus (Matthew 1:18-25). Supposedly, this all happened before she was married to her fiancé: she was “found with child of the Holy Ghost”, an elegant excuse for cheating or a premarital union, no doubt. Maybe the claim of “miracle” is just a claim to save face. Maybe, in their scientific ignorance, the ancients were not only gullible, but did not understand human reproduction science.

Most, if not all of us, know the basic science behind conception, human life begins when sperm meets egg. So this naturally raises the question, do such miracles oppose nature’s laws? What can science say, and not say about such an event? Is this so-called miracle quite unbelievable? And were those ancient people just plain ignorant?

Has not science proved it to be fiction?

The ancients, like most people, were naturally quite skeptical of such miraculous account. No, they did not receive our exact education, technology and science, but they were not necessarily dumb, backward and uneducated either. They knew quite well it took a man-woman relationship to become pregnant. Even the story from the book of Matthew makes this clear. It claims that it took another miracle to convince Joseph, Mary’s fiancé, that she did not cheat on him. The miracle of an angel telling him the inside scoop.

So even before our contemporary science, it would have seem quite odd. However, I don’t think that a virgin conception would automatically be counter to science. Those who think such things, seem to misunderstand the nature of science. From the technical side, science can’t show that it could never happen.

Science only started one time in history, medieval Christian Europe. The Christian worldview and its assumptions helped spawn the field of science. Thus, the “war between science and Christianity” myth should be questioned. For example, they assumed that God was a God of order, thus his creation would also be orderly, so they went searching for the “laws of nature”.

Natural laws do not tell us to do good and not be bad, like moral laws. Rather, we encounter these “laws” by observing the usual operation of the world: apples falling from trees systematically go toward the earth. We can assume that some things will be similar or the same tomorrow as they were today and yesterday. Falling apples today point to falling apples tomorrow. This assumption has a fancy name, called “induction”.

David Hume, a noted eighteenth century philosopher, pointed out something interesting. Since we really can’t know for sure if tomorrow will operate like today, we just put blind faith that it will. Thus induction is based upon blind faith. This is known as “Hume’s problem of induction”. However, science is dependent on induction. Shockingly, this means that ultimately the conclusions of science require blind faith.

While the assumption of induction seems to have helped us understand the world better, it can’t make absolute truth claims. Thus, there really is no “law” that says virgins can’t conceive, even if it is improbable. If God exists, it’s no longer improbably, rather plausible.

Also, we have to remember that science contains much outlying data, but that does not negate the scientific method. It just shows how much we don’t know, and how our models are faulty and not robust enough.

Miracles also don’t seem like they would necessarily be incompatible with natural laws. Miracles are miracles because they are not usually seen. Even though a Creator could contradict his own laws of nature, if so desired, that does not have to happen for “miracles”. Consider how we can catch an apple falling from a tree, stopping a natural phenomena of an apple falling to the ground. A free agent “interrupted” natural laws, if you will.

I would also like to point out, science is not the only way how we understand the operation of the world. Consider mathematics, religion, history, logic and language. Science is actually grounded in all these fields of study. When we study science with the historical sense, there are certain one time events that can’t be repeated. Examples as such can be found in forensic science, archaeology, origin of life research, origin of the universe research and even medical science.

One can’t repetitively be observed dying of heart attacks. Once one is dead, one is dead. The same goes for ancient accounts of virgin conception and a dead man’s resurrection. The only way we can have some confidence on these things is if we saw it ourselves or it was seen by someone trustworthy.

If God, then the Virgin Conception is possible

The claim that Jesus was conceived in Mary by Holy Ghost could be swiftly shelved if only we could ax the idea of God’s existence. So, does God exist?

We could help answer that by looking at history, theology and even personal experience. But for the time being, let’s see what science and reason can illuminate.

For example, who doubts the universe came into existence at one time? Most, if not all contemporary scientists think it had a “birthdate” and that it’s not eternal.

We also know that things that start to exist have a cause, including pigs, paintings and dreams. Thus we know the universe could not have been caused by “nothing” as in “no thing”, that would just be silly. Rabbits don’t just pop out of hats magically without a magician. Just as silly would be something that causes its own existence. Rabbits don’t create themselves in hats. Thinking too long about either one of these two two silly options will give you a headache.

So, who or what was the cause of the universe? For the time being, let’s just call it the “universe maker”.

As far as we know, all matter and energy in existence is contained in our universe. There is no good scientific evidence for other universes. If this is true, there is no reason to think that this cause is made up of physical stuff. Time too is a property of our universe, which would probably make this universe maker not subject to time, or timeless. To add to this point, creators creating creators for infinity seems counterintuitive too, which would point to an ultimate uncaused creator, which I’m suggesting we call the universe maker.

This universe maker must also be quite intelligent, causing such a finely tuned universe to exist. At least one area in the universe is so finely tuned that it can support life, which is quite the challenge. But to be frank, life itself is quite the marvel, it could be called a miracle! Some of our smartest scientists have so far failed to make life in the lab. Life is so complex, requiring all sorts of miniature machinery that were manufactured by other miniature machinery. Immense “blueprints” supply the instructions. The information in these instructions are like the information in our language and our computer code. We also happen to know where such information comes from, it always comes from intelligent beings. This points to an intelligent universe maker.

Let’s review, the universe came into existence in the past, did not make itself nor did “no-thing” make it. Thus something caused it to exist. The cause was some sort of “extra-natural” something that was not made up of ““universe stuff”, such as matter and energy. This also means that it should be timeless, since time is a physical property. Nor could this universe maker have an infinite causes causing causes. Lastly, it must have been quite intelligent.

Strangely enough, this sounds a lot like what thesists call “God”. So does God exist? Well, either he does or something much like him exists. If a Creator God exists, then it strikes me that there is good possibilities that miracles can and do happen.

Which is the bigger miracle?

While some think that Jesus being born of a virgin is believable, science could never prove that it could never happen. In addition, if God exists, and if this God created the universe and all of life, I’m not sure why a virgin conceiving a baby boy is that unbelievable. Rather, it seems quite a small miracle compared to the creation of the entire universe and life. It comes down to this, the claim of this Christmas miracle would probably be forever lost in history if it were not for Jesus’ life and teachings, death and resurrection that changes the hearts of people and changed the course of history.

The apostle Peter taught us to have answers for our faith, which is what I try to do here. I would love for you to follow iApologia to get the latest updates to your inbox. Plus, I will send you my Free Quick Guide why that gives 8 reasons science points to God. 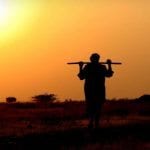 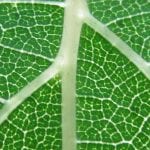