[Originally published as Please…Discard the Dogma!]

It always troubles me when I read other scientists who ignore the data in order to cling to their cherished dogmas. As a scientist, I know that this holds back the progress of science. As a result, I was heartened to read three scientist calling on their colleagues to abandon evolutionary dogma when it comes to pseudogenes. If others heed their call, we will most certainly learn more about DNA.

What am I talking about? Let’s start with what a pseudogene is. It is a region of DNA that looks like a known gene, but is different enough that it can’t do what the known gene does. As a result, it has become evolutionary dogma that pseudogenes are “broken” genes – genes that became non-functional due to duplication and mutation. Here, for example, is how the Encyclopedia of Genetics definitively describes a pseudogene:

A pseudogene is a nonfunctional genomic region that originated by duplication of, and is still homologous to, an ancestral gene.

In other words, a pseudogene is the result of a gene being copied and then broken. Creationists have long argued that pseudogenes are functional; they just don’t function the way evolutionists expect them to. The three authors of the paper I mentioned above have arrived at that same conclusion (at least for many pseudogenes), and they are asking their colleagues to pay attention to the data and do the same.

To emphasize the point that this evolution-inspired dogma is wrong, they list many pseudogenes that have been demonstrated to have an important function. They then make this important statement:

At the same time, however, these authors are cautious:

The purpose of this article is not to discard the pseudogene concept or to suggest that all pseudogenes are functional. The majority of currently annotated pseudogenes are neither robustly transcribed nor translated. Such regions fit well the original descriptions of pseudogenes as ‘similar, but defective’. Rather, we argue that their labelling as pseudogenes is not constructive for advancement of understanding of genome function and misdirects experimental design.

In other words, the authors are simply telling their colleagues to follow the data. Do not assume that a pseudogene is non-functional just because it has been identified as a pseudogene. Instead, investigate it to find out whether or not it actually is. The progress of science is hindered when you assume non-functionality because of the way the sequence has been identified.

I not only completely agree with that sentiment, I would also add this: following any dogma (evolutionist, creationist, or other) hinders the progress of science. Scientists should be willing to follow the data wherever they lead. Unfortunately, such scientists tend to be the exception, not the rule

Pseudogenes were the first “junk DNA” discovered. Susumi Ohno wrote about them in 1970. He likened them to the “fossil record” left behind by evolution in the genome – dead genes that tell us something about the genome’s ancestry.

However, as time went on, other “junk DNA” was discovered. For example, there are introns that stay in the nucleus and never become a part of the protein that the gene makes. Evolutionists called introns “junk DNA” as well, until it was shown how incredibly useful they are to the cell.

Basically, evolutionists expect a lot of junk in nature, and they expect that highly-evolved organisms must have HUGE amounts of “junk DNA.” So anytime there is something they don’t understand about the genome, they call it “junk DNA.” Of course, as more study is done, the evolution-inspired idea is falsified, and important uses are found for the supposed “junk DNA.” We now know that the vast majority of DNA is used, so there is little (or no) “junk DNA” in an organism. This concept of “junk DNA” is so important to evolution, however, that one evolutionist has said that if the genome is as functional as the data indicate, then evolution is wrong. 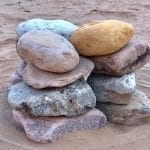 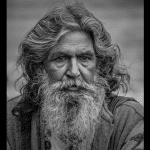