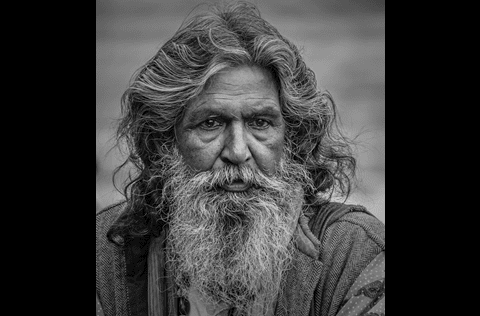 Some people have viewed very long human lifespans in the Bible to be mistaken, or at least fantastic and difficult to believe. Could people have really lived over 900 years? That seems so foreign to us. However, let’s look at long lifespans from a rather different perspective. While we do have plenty of Biblical reasons to believe that the early chapters of Genesis are intended to be historical, I think this topic deserves a more scientific look.

One of the main reasons I believe the ages in the chrono-genealogies of Genesis 5 and 11 are to be taken at face value is that the decline of lifespans after the flood looks exactly like what we would expect from a biologically-caused decline in lifespans. There are several points to note here that make these ages look authentic.

The ages given don’t immediately drop from 900’s to 100’s. If the pre-flood ages were inflated or they were counting months instead of years, as some have alleged, then we should see an immediate drop from the inflated ages to the real ages when they switch from counting months to counting years. We don’t see that. The data show a gradual decline.

Plus, if you’re counting months as years, some of the pre-flood patriarchs were as young as 65 when they fathered a son. If you divide that by 12 to convert months to years, that’s about 5.4 years, which isn’t old enough to be a father. This explanation doesn’t make sense. They have to be years.

The ages don’t just decline gradually. They follow an exponential decay curve. It’s not a straight line. Lifespans decline rapidly at first, then more slowly, and then begin to level off. This is the kind of curve we see with many natural phenomena. Take a look at Figure 1 below to see how lifespans show exponential decay after Noah.

The Data Are Messy

While the ages decline overall, they have some odd variations that look like what you get in real data. If someone were inventing a decline in ages, they would likely make the ages consistently decline, with each man living a shorter lifespan than his father. Yet we have multiple instances where a son lives longer than his father.

We can ignore Enoch’s lifespan since he did not die, but was taken to heaven by God. Yet Lamech had an unusually short lifespan for pre-flood people (only 777) while his son Noah lived 950 years. Eber lived longer than his father and grandfather. Nahor lived just 148 years, but his son Terah lived over 200.

When you work with real data, as I have, you learn to recognize what real data look like. These don’t look like invented ages. They have the messiness you get with real data.

People have noted the drop in lifespans corresponds to the flood, but in particular, it corresponds to Noah, who became a father at 500 years old. Noah’s advanced age at fatherhood explains the decline in lifespans because he would have passed on a large volume of new mutations to his descendants.

Biology gives us some clues to how this works. In a woman, all the eggs she will ever have are produced before she is born. There are only a few cell divisions between generations on the maternal side, and thus only a few copies are made of the mother’s DNA. Her eggs can get old, but they don’t undergo constant cell division. Thus, the mother doesn’t pass on many mutations to her children, regardless of how old she is.

In contrast, a man produces new sperm constantly from puberty onward, which means continually copying his DNA. If a man has children when he is older, there have been a lot more copies made of his DNA. This means there are more and more chances for mutations to build up as he ages. Noah’s advanced age at fatherhood would have added a large load of mutations to all of his descendants. That’s everyone who lived after the flood, including you and me.

In the case of Noah, he was 500 years old when he began having his sons. If you compare his age to the ages of previous men when their children were born (see Figure 1), it is much higher. Noah was more than 300 years older than any of the other men in this genealogy when he became a father.

Remember that age has an exponential effect on the number of mutations passed on. Exponential growth adds up quickly. Thus, modern genetics research shows us that we would expect Noah to have passed on a load of mutations to his sons that was many times larger than for previous generations. Noah’s sons had a lot more genetic mistakes than the rest of the pre-flood population. This explains the significant drop in the lifespan of Shem (and Ham and Japheth, we presume) compared to previous generations.

Inbreeding After the Flood Fixes Mutations

Not only did Noah pass on a large number of mutations to his sons, but they also passed them to their children and grandchildren (and added some as well). The broken genes in Shem, Ham, and Japeth became the founding genetics for all of humanity after the flood. The generations after the flood had to marry close relatives since the descendants of Noah were the only people on the planet.

Inbreeding makes the genetic situation much worse. Many mutations are recessive, meaning that they only show up if you have the same mutation from both your mother and your father. The chances of a child having two copies of the same mutation greatly increase when his mother and father are closely related. Thus, inbreeding after the flood would have fixed many of the mutations from Noah in the population.

Basically, all the good copies of the genes were replaced with broken ones in everyone. This further decreased lifespans after the flood. Noah’s grandsons and great-grandsons had only half of his lifespan.

If we assume that Babel took place during the life of Peleg due to the note in Genesis 10:25 which indicates that a division took place during his time, then we also see another drop in lifespans at Babel. Arphaxad, Salah, and Eber had lifespans in the 400’s, but with Peleg and his descendants, it declines to the 200’s.

Again, with the people dividing up into small groups and spreading out over the Earth, inbreeding would take place. Thus further fixes mutations in the population and decreases lifespans. Once the human population grows and inbreeding stops, lifespans become stable.

What is so compelling about the Biblical lifespans is that the biology behind human reproduction predicts that we would see precisely the kind of lifespan decline that the recorded ages show. How could an ancient writer have known that? The story in the text fits the data. You can see the events play out in their lifespans. The only reasonable explanation is that these are accurate historical records.

I know this can seem hard to believe. If you start with the assumption that humans have always been more or less as they are now, then longer lifespans in the past are an anomaly that sounds almost like a miracle. On the other hand, if you begin with the history given in the Bible, it fits with what we know of biology and genetics very well without requiring any miracles.

When you think about this topic biblically, it shouldn’t really surprise us that humans once lived much longer. Humans were created to live forever. It is reasonable to expect that a perfect creation cursed because of sin to degrade and die would take a long time to do so. Thus, human lifespans were very long in the beginning because they were so close to the original creation and not yet genetically degraded. It is our short modern lifespans that are the odd thing we must explain, not the original long lifespans.

When we apply science to the ages given in the Bible, they fit what we would expect from genetics. An accumulation of mutations due to Noah’s old age at fatherhood combined with inbreeding after the flood caused everyone to inherit matching copies of broken genes that have limited our lifespan to a small fraction of what it once was. Humanity survived through Noah, but it would never be the same again. 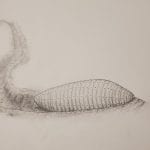