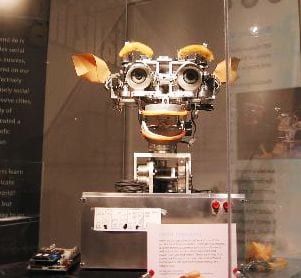 “And when they had gone through the isle unto Paphos, they found a certain sorcerer, a false prophet, a Jew, whose name was Barjesus: which was with the deputy of the country, Sergius Paulus, a prudent man; who called for Barnabas and Saul, and desired to hear the word of God.” Acts 13:6-7

A few decades ago, when computers first began to become available to the general public, some writers, particularly for popular science magazines predicted that computers would soon have an intelligence similar to human beings. Do you ever wonder what happened to such optimistic expectations?

What happened was that scientists began to work on the problem of creating artificial intelligence. At a very early stage, they learned that intelligence is not as simple as they thought it was. It’s true that computers can read and speak, but they cannot understand what they are reading or speaking. Computers can direct machines to build cars, and they can build cars, but they cannot decide to drive to the library and increase their learning.

At the current level of development, researchers can build a computer that will play a good game of chess and even beat an expert. Or a computer that will guide a missile fired from a submarine or drone with pinpoint accuracy. But all this depends upon feedback devices obeying rules pre-programmed into the device by human intelligence. No computer yet is capable of original thought.

When and if scientists ever create a computer that actually has intelligence, they will only confirm what the Bible says about the creation. And that is that intelligence can only be the result of carefully planned and designed effort by another intelligence.

Prayer:
Dear Father in heaven, I thank You for my intelligence. Fill my intelligence with Your Word so that I may be Your instrument in helping others understand that You are the Author of all intelligence, and Your Son is the Author of our salvation. In His Name. Amen.
Notes:
Photo: Kismet, a robot with rudimentary social skills. Courtesy of Polimerek. (CC-BY-SA 3.0) 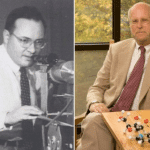 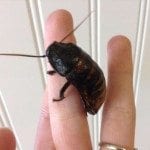