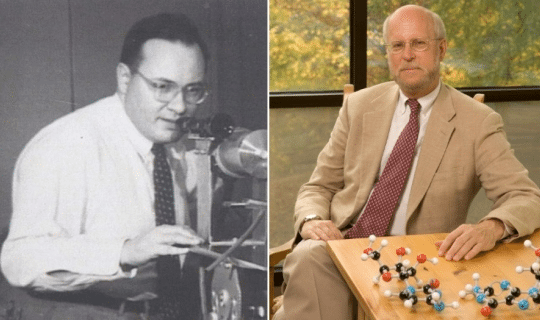 Even if you aren’t in need of a high school chemistry course, you might be interested in the way that I start and end my text, because it involves the views of two people who know more about science than I ever will know. I start with Dr. Arthur Leonard Schawlow, who shared the 1981 Nobel Prize in Physics with Nicolaas Bloembergen and Kai Siegbahn for his work on laser spectroscopy. In addition to that high honor, Dr. Schawlow was awarded the National Medal of Science, the Stuart Ballantine Medal, the Young Medal and Prize, and the Frederic Ives Medal. As a fitting tribute to him, the American Physical Society established the Arthur L. Schawlow Prize in Laser Science.

As part of a project developed by Dr. Henry Margenuau and Roy Abraham Varghese, Dr. Schawlow was asked, “What do you think should be the relationship between religion and science?” Here is his part of his reply: (1)

But the context of religion is a great background for doing science. In the words of Psalm 19, “The heavens declare the glory of God and the firmament showeth his handiwork.” Thus scientific research is a worshipful act, in that it reveals more of the wonders of God’s creation.

I strongly agree with Dr. Schawlow. Using science to study God’s creation is what led me to believe in Him, and every time I learn something new about His creation, I am filled with awe and wonder.

I use Dr. Schawlow’s quote in the introduction to my chemistry book to let students know that science is more than just an academic exercise. It is a way to come to a deeper appreciation of God’s majesty and power.

When it’s appropriate, I try to point out how chemistry allows us to see God’s incredible handiwork. In addition, I share with the students how the Christian faith of some of the scientists whose work they are studying influenced the way those scientists interpreted their experiments. When the students learn about heat, for example, they learn about James Joule, who argued against the scientific consensus of his day when it came to the nature of heat. At that time, most natural philosophers thought that heat was a self-repelling fluid. However, Joule said that wasn’t possible, because he showed that mechanical energy can be converted directly into heat. If heat were a fluid, energy would have to be destroyed to make that fluid. He said that man could not possibly destroy the powers that God gave matter, so heat must just be another form of energy. Of course, he was correct. (2)

At the end of the book, I close with the thoughts of Dr. Henry F. Schaefer, III. While he has not yet won the Nobel Prize, I suspect it is only a matter of time. He is the director of the Center for Computational Chemistry at the University of Georgia and is one of the most highly-cited scientists in the world. He has more than 1,400 scientific publications to his credit and has earned such honors as the ACS Award in Pure Chemistry, the Centenary Medal of the Royal Society of Chemistry, the American Chemical Society Award in Theoretical Chemistry, the Ira Remsen Award of Johns Hopkins University, and the Chemical Pioneer Award of the American Institute of Chemists. He says: (3)

The significance and joy in my science comes in those occasional moments of discovering something new and saying to myself, “So that’s how God did it.” My goal is to understand a little corner of God’s plan.

I don’t think anyone has described the goal of science more accurately! 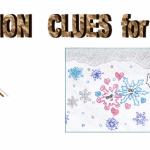 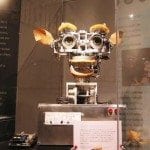