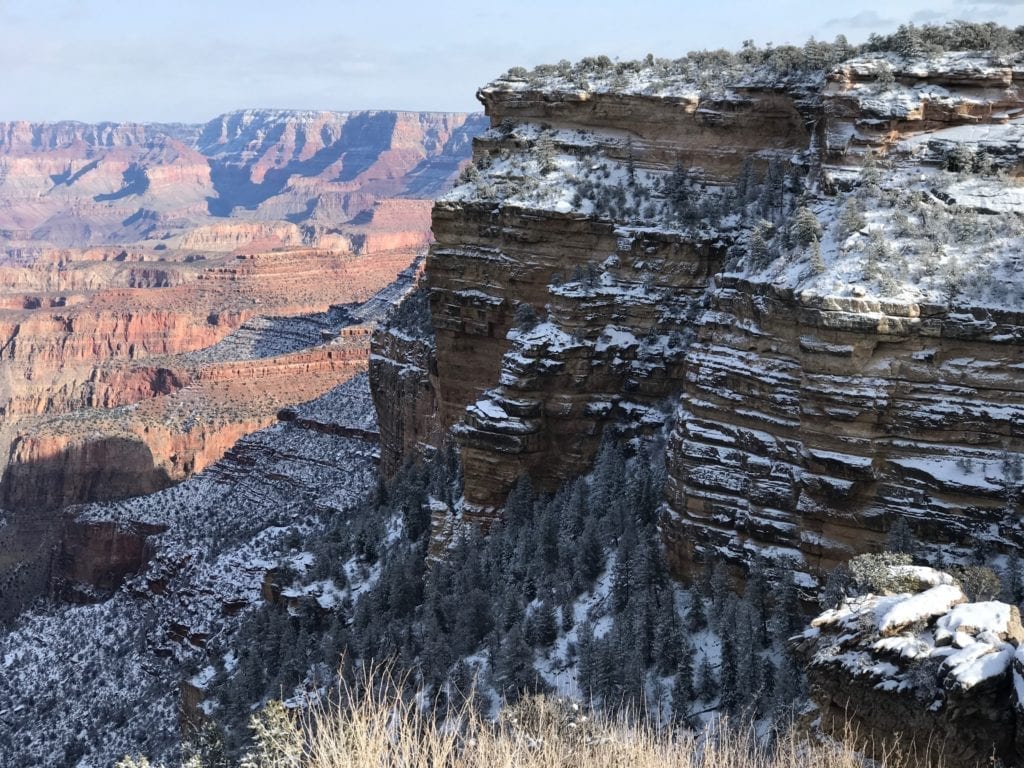 If you’ve seen some of our pictures from around here lately, you’ll undoubtedly know we were recently graced with a beautiful white veil of snow, which covered the landscape and transformed the desert into a western winter wonderland. Snow at the Grand Canyon is a sight to behold, and although you would never think it possible, somehow it transforms this wonder of the world into even greater magnificence—like the glazed frosting on top of a giant layer cake.

The beauty and majesty of our Creator never fails to amaze me in such a timeless place as this. Although I’ve spent hundreds of days at the canyon, I can honestly tell you I’ve never had the same day twice. Never the same look to the canyon, never the same sunset: never the same still, small voice of the Master as He speaks to my heart.

Truly He is new every morning. 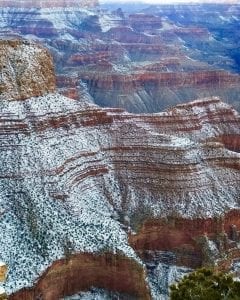 One of the fascinating features that cause us to marvel after a snowfall is the way the white of the snow starkly contrasts with the deep red layers of the canyon—in particular the iron-rich terraces of the Supai Group. The alternating red and white stripes are reminiscent of some sort of horizontal zebra pattern, if only the black bands were replaced with deep crimson.

On a recent Sunset Tour, while my guests were watching the last few moments of light disappear over the far horizon, I had a moment alone with the Maker of all this beauty before me. Gazing down at the snow-covered slopes I was reminded of the verse in the Bible which says:

Come now, let us reason together, says the LORD: though your sins are like scarlet, they shall be as white as snow; though they are red like crimson, they shall become like wool. Isaiah 1:18 ESV

I immediately drew a parallel to what my mind was recalling and what my eyes were currently seeing. Here before me, many of the dark red layers of the canyon were covered by pure white, hiding what was underneath from my view. I was reminded of the way the priests would make sacrifices in the Old Testament as a “covering” for sin, almost as if the blood were a barrier between God and sin, hiding that ugliness from His eyes.

The wages of sin is death, and without the shedding of blood, there is no forgiveness and remission. And, the only fair punishment of sin is death. Up until Christ, that death was represented by the spilled blood of an animal sacrifice.

But, ultimately, the life of an animal is not equal to the life of man. That’s why the second person of the Trinity, the Creator of all things, the One who literally spoke the universe into existence, stepped down from the celestial realm, took upon a garment of frail flesh, and lived among us. After having done all that in humiliation, He continued His own denigration by giving His own life on the cross while enduring mockery, scorn, and pain.

Why endure all that? Why give His own blood?

Because the blood of the perfect, sinless Lamb of God is the only thing which does more than temporarily cover the curse of sin. It is the only thing in all existence which has the transcendent power to completely remove that deathly stain, and give abundant new life in its stead. The precious blood of Christ Jesus that flowed that fateful day is no mere covering, rather it washes and takes away the curse of sin to the very utmost.

With this knowledge in our hearts and minds every day, we can likewise rejoice with John the Baptist when he saw Jesus and said, 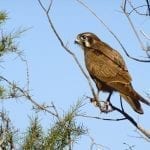