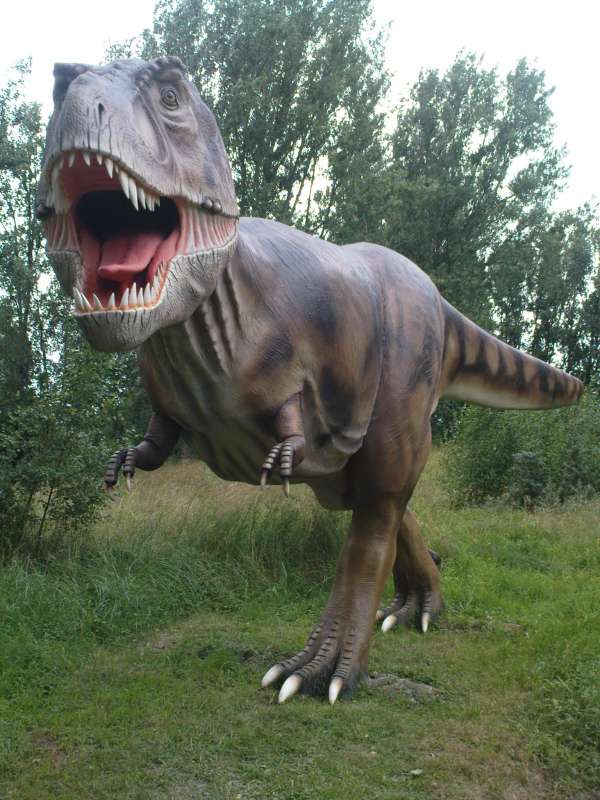 “Do not forget suntan lotion!” Only recently have those words become a familiar cry for mothers with young children. In years past, mothers worried about boys scuffing their shoes or girls going out without brushing their hair. Now parents have something more serious to worry about. Today we know that the Sun can damage skin, and repeated exposure can even result in deadly skin cancers. It is no secret that DNA cannot stand up to harsh environmental factors such as heat or intense pressure. Additionally, we know that the molecular structure of DNA begins to break down rapidly after an organism dies. As Scott Woodward and his colleagues observed: “Nucleic acids have limited life expectancies under physiological conditions, and DNA is particularly susceptible to oxidative and hydrolytic damage” (Woodward, et al., 1994, p. 1229). This rapid degradation was one of the arguments the defense used to discount the blood evidence in O.J. Simpson’s famous double-murder trial.

It was also the picture painted in the famous movie Jurassic Park. Moviegoers learned that DNA could not sustain the test of time—but blood-sucking insects preserved in amber still possessed usable DNA. And from that people began to speculate: “Could we create a living dinosaur from DNA?” That question has been recast into the spotlight as researchers made an amazing announcement. The Washington Post reported:

“For more than a century, the study of dinosaurs has been limited to fossilized bones. Now, researchers have recovered 70-million-year-old soft tissue, including what may be blood vessels and cells, from a Tyrannosaurus rex” (Schmid, 2005, emp. added).

Soft tissue found within a dinosaur bone!? How could that be?

Soft tissues are preserved within hindlimb elements of Tyrannosaurus rex (Museum of the Rockies specimen 1125). Removal of the mineral phase reveals transparent, flexible, hollow blood vessels containing small round microstructures that can be expressed from the vessels into solution. Some regions of demineralized bone matrix are highly fibrous, and the matrix possesses elasticity and resilience. Three populations of microstructures have cell-like morphology. Thus, some dinosaurian soft tissues may retain some of their original flexibility, elasticity, and resilience (2005, 307:1952, parenthetical item in orig.).

The authors go on to disclose that this Tyrannosaurus rex specimen was discovered “at the base of the Hells Creek Formation, 8 m above the Fox Hills Sandstone” (307:1952). They estimated the creature’s age at approximately 18-years-old. However, the fascinating part of this report was in the pictures. Schweitzer and her colleagues included over 20 microscopic images of the soft tissue that was recovered from the dinosaur bone.

Thousands of school-age children have carried out a science project wherein a chicken bone is covered in vinegar. After several days the hard chicken bone becomes rubbery as the acid in the vinegar removes the calcium compounds in the bone. Schweitzer and her colleagues carried out a similar experiment in which they applied a weak acid to demineralize the dinosaur bone. They observed:

“After 7 days, several fragments of the lining tissue exhibited unusual characteristics not normally observed in fossil bone. Removal of the mineral phase left a flexible vascular tissue that demonstrated great elasticity and resilience upon manipulation. In some cases, repeated stretching was possible” (307:1954).

In a personal communication, Schweitzer discussed the serendipitous way in which the material was discovered. The Washington Post account mentioned that the bone was broken when it was moved, which permitted access to the soft tissues. When I asked Mary Schweitzer if that was, indeed, true, she responded: “Yes and no. It was broken in the field—too heavy for the helicopter in one piece. But that only allowed access to the bone chunks they didn’t need to ‘rehabilitate’ the dino. The soft tissues were not immediately apparent or expected” (Harrub, 2005, emp. in orig.). By having more than one piece, Schweitzer and her colleagues were able to get a better view of the internal aspects of the bone.

Expected or not, the end result has opened a chasm of questions. Scientists are questioning how this soft protein material can be so fresh when it was discovered in “70 million year old bones.” Maybe the question they should be asking is: “Are we sure these bones are so old, given that they contain such fresh proteins and elastic soft tissue?” In the conclusion of their report, Schweitzer and her colleagues noted:

“However, we demonstrate the retention of pliable soft-tissue blood vessels with contents that are capable of being liberated from the bone matrix, while still retaining their flexibility, resilience, original hollow nature, and three-dimensionality…. This T. rex also contains flexible and fibrillar bone matrices that retain elasticity” (307:1955).

This scientific evidence does not hold up under evolutionary timelines.

In the description of one of the images included in the report the authors observed: “Round red microstructures within the vessels are clearly visible” (307:1953). The report in Science News further proclaimed: “The researchers squeezed round, microscopic structures out of the presumed T. rex blood vessels. Those small spheres, which ranged from dark red to deep brown, may be red blood cells, says Schweitzer” (Perkins, 2005, 167:195). When I asked Schweitzer if the contents of the blood vessels were indeed blood cells she gave a carefully guarded answer. She stated: “I don’t know what any of it is until I do tests. I have been in paleontology enough to know that just because something looks like something we recognize does not mean that it is” (Harrub, 2005, emp. in orig.)—a wise response, given the negative response from the scientific community to her 1997 discovery in which she mentioned blood cells from dinosaur tissue. In that article she described the moment in the laboratory in which it became apparent:

The colleague that “took one look” was University of Montana professor, “Dinosaur Jack” Horner, one of America’s best-known paleontologists, who discovered his first dinosaur fossil when he was eight years old. So in the past it was red blood cells. But now we have soft tissue—including blood vessels!

This discovery is yet one more link in the chain that disproves the ancient ages presented by the evolutionary theory. The links in this chain are solid scientific evidence, and the chain is growing longer with each passing day. The problem is that scientists who have pledged their allegiance to the evolutionary theory are unwilling to accept that fresh soft tissue or permineralized (unfossilized) dinosaur bones could exist. I invite you to consider the following evidence.

In 1991, the Journal of Paleontology reported on one of the largest dinosaurs ever discovered—Seismosaurous. In the description of the Seismosaurous remains, the author admits—although in a veiled manner—that bone and bone protein is present (Gillett, 11:417-433). In 1992, Dr. Margaret Helder reported two cases of “fresh” dinosaur bones that were discovered in Alaska. In her report she asked: “How these bones could have remained in fresh condition for 70 million years is a perplexing question. One thing is certain: they were not preserved by cold. Everyone recognizes that the climate in these regions was much warmer during the time when the dinosaurs lived” (14:16, emp. in orig.). Also in 1992, an article appeared in Geology journal titled: “Preservation of the Bone Protein Osteocalcin in Dinosaurs.” In this report Gerard Muyzer and his colleagues used a procedure known as polymerase chain reaction (PCR) to amplify a bone protein from two Cretaceous dinosaurs (20:871-874).

In 1994, Scott Woodward and his colleagues wrote an article titled: “DNA sequences from Cretaceous Period Bone Fragments” (266:1229-1232). In their report, the authors remarked: “DNA was extracted from 80-million-year-old bone fragments found in strata of the Upper Cretaceous Blackhawk Formation in the roof of an underground coal mine in eastern Utah (p. 1229). They continued: “On the basis of the circumstantial physical and geologic evidence, it is likely that the bone fragments belong to a Cretaceous period dinosaur or dinosaurs” (p. 1230, emp. added.). In 1997, an article titled “Heme Compounds in Dinosaur Trabecular Bone” was published (see Schweitzer, et al., 94:6291-6296). Heme is one of the constituents of hemoglobin—a respiratory protein found in red blood cells, which is responsible for gas exchange in living organisms. This study demonstrated blood-derived hemoglobin compounds were still in the dinosaur tissue.

And the list goes on and on. Surely it is time we stop asking how these proteins and soft tissues can exist for millions of years, and begin asking: “Why are we assuming these bones are so old?” To claim that these proteins remained intact for millions of years stretches credibility. This scientific evidence—consisting of not just one but many discoveries—is powerful testimony against the evolutionary theory and the notion that dinosaurs roamed the Earth millions of years ago. In contrast, however, it gives tremendous credence to the biblical account of creation. This latest discovery is just one more example of scientific evidence that disproves evolution—evidence that most school children will never see in their textbooks. Interesting, is it not, that an 18-year-old Tyrannosaurus rex that lived thousands of years ago, can cast a bright spotlight on the subject of eternal life? Let’s just hope more people see the light! 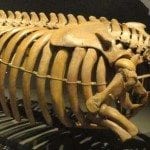