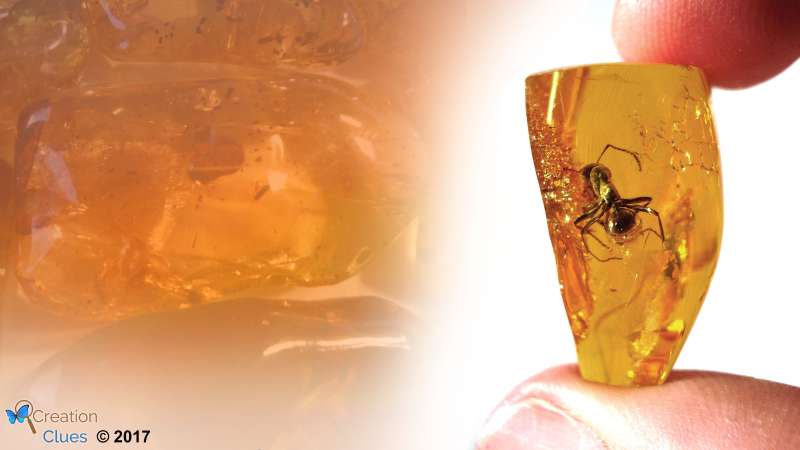 Carefully and proudly, I opened the black case, lined with dark blue velvet, and gently removed a long, slender violin bow. Excitement, nervousness, and anticipation filled the room –  as a high schooler, I loved preforming in orchestra concerts. After tightening the knob, I gently ran the hairs of the bow along a shiny block of dark, golden-orange and brown rosin.  Flipping back a few years, at age six, after climbing a pine tree, I remember being frustrated with the gooey sap that wouldn’t come off my hands, no matter how many times I washed them.  Around college age, I remember examining pieces of amber for the first time, gazing intently at the little fossil bugs, plants, and other little things trapped inside.  What do these three things – fossil amber, sap, and violin rosin have in common and how are they different?

While they all ultimately come from trees, amber, sap, and rosin have several important differences. People often get these a little bit confused when it comes to how these things are related and different.  You may have heard that amber is fossilized sap.  This is a myth.  Both fine jewelry amber and rosin used on bows for violins are made from the resin of a tree, not a sap of the tree.  While rosin (used on violin bows) is refined and hardened resin, amber is fossilized resin, with a different chemistry behind it.  Sap and resin may seem similar at first – they are both golden sticky substances found in trees.   However, sap has a different chemistry and different job inside the tree than resin has.  Sap is usually more drippy and clear, while resin is more solid, tacky, and darker colored.  This dark, sticky resin is exposed when a tree is cut into.

So exactly how does fossil amber form, and why does it make such beautiful, perfectly preserved fossils? Although we weren’t there to see how amber formed, we have a few hints based off what we can clearly test on resin and amber today. First, we know that resin is exposed when a tree is cut into, or broken in certain ways. Second, we know that at least some of that resin had to be covered in water, because some water-dwelling creatures, including shells, water striders, and others, have been found fossilized in amber. Resin is also stickier and more likely to catch small creatures and plant pieces when it is wet.  But, resin will not turn into amber when it’s wet, and must also be covered in sediments and pressurized.

Wet resin explains why we find so many different fossil creatures and plants preserved in amber, and it also makes sense with the global flood and possibly other catastrophes that happened while Earth was recovering from the flood.  During the flood, trees would have been ripped up and torn apart, exposing the sticky, wet resin.  Some of the smashed tree parts would have floated, and their wet resin would have easily caught bugs and other small pieces of debris.  As the waves moved, some of the resin could have dropped and been covered with new layers of mud, causing the resin to turn into amber.

All of this must be done very quickly so that that tiny creatures and plants would have been preserved in the perfect detail we see in amber. Mosquitoes, small wasps, beetles, slender-legged water striders, frogs, lizards, larvae, termites, flowers, leaves, and countless other little treasures have been found in amber, as if frozen in their tracks.  Almost every little detail of their bodies are perfectly preserved. Looking at amber for the first time up close, I was amazed at how real and alive these things looked.  Recently, a tick in amber was discovered with blood inside of it.  Researchers concluded that the blood probably belonged to a monkey that the tick was feeding on.  Things like this shouldn’t last millions of years, or be beautifully preserved like they are.  Amber presents good evidence for a rapid, catastrophic burial during a world wide flood and a young earth.  It also reminds us of how quickly life can come to a sudden halt, like it did for these creatures, frozen in their tracks.  We aren’t promised tomorrow – be sure to live each day with that in mind. 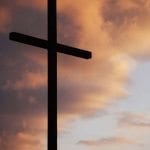 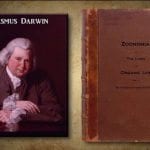