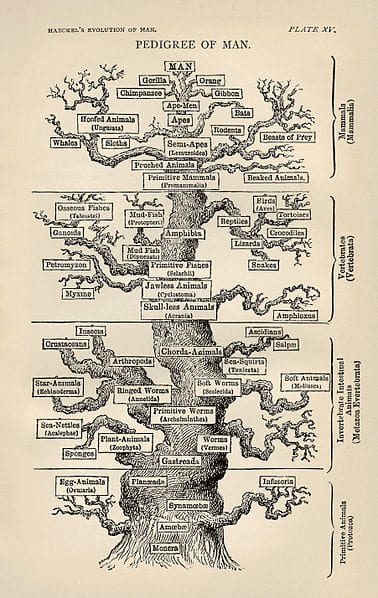 Did you know that California public-school science textbooks teach that humans are cousins to…worms?

Diagrams in both the 7th grade Focus on Life Science1 and 10th grade Miller & Levine Biology2 textbooks display a ‘family tree of life’, illustrating the path of evolution, from ‘simple’ invertebrates (at the ‘trunk’) to all the varieties of living creatures on earth, including human beings (the ‘branches’).

Genesis clearly teaches that all life forms, including plants and animals, were all created ‘after their kind,’ therefore, living things can only reproduce more of their own ‘kind’. This is what is scientifically observed in nature; dogs produce varieties of dogs, roses produce varieties of roses, and so on.

Neither assumptions are provable, and they often lead evolutionary researchers to unacceptable (by their own standards) conclusions. For example, bats and dolphins share a very similar gene for echolocation, yet bats are supposed to be closely related to shrews, while dolphins are supposedly close relatives of deer.5

So, how should Bible-believers respond? First, we need to recognize the folly of ‘connecting the dots’ between living things, understanding that any group of objects can be arranged in a ‘family tree’ based on similarities. For instance, one could create an evolutionary ‘tree of vehicles’, drawing the lineage of the car, truck, and tank back to a ‘simple’ farm-tractor ancestor. Of course, we know that each of these vehicles was created separately, although they share many similarities, to fulfill a specific purpose.

We know from the Bible that God created all living things ‘after their kind’ on Days 3, 5, & 6 of Creation Week, each fully functional and ready to ‘fill the earth’. With this starting point, we see that the same logic applied to man-made objects also applies to God’s creation. Instead of interpreting similarities as evidence for relationship, we see them as examples of the common design patterns that God has used to enable His creatures to fill their environments, in the same way that human designers use similar designs to accomplish various purposes.6 Equipped with this understanding, we can approach the natural world with a sense of awe at all that the Creator has made.

What Grows on Evolution’s Tree?

In-depth: Darwin vs. Genetics: Surprises and Snags in the Science of Common Ancestry 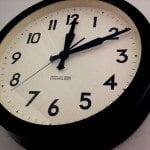 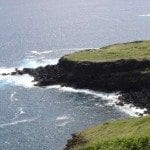