Well, it’s a common perception that evolution is proven fact. But the deeper I explore, and the more I research, I find that Darwinian evolution suffers from many scientific problems. One problem is referred to as “irreducible complexity.” This argument basically says that we observe certain biological systems that are composed of many different parts that must all be present for the system to be of any use. It goes on to say that small, gradual changes can’t account for these systems because of the very fact that all of the parts must be in complete working order for the system to be of any value to the organism.

Let’s look at one irreducibly complex system—tears. Now, you probably don’t give much thought to the design of tears or the process by which they’re produced. Actually, at one time certain tear production organs were viewed as vestigial leftovers from our supposed evolutionary past. But research has shown that tears are anything but vestigial and that they’re incredibly complex.

John Hopkins researchers called tears “complex creations of water, mucins, oils, and electrolytes.” So, tears are actually composed of three layers—an inner mucin layer, a middle watery layer, and an outer oil layer. Your body constantly produces tears that drain away. But when you cry the tears overflow the drainage system and run down your cheeks.

If your eyes don’t properly produce tears, you may need surgery to keep from going blind—that’s how important they are! Tears keep your eyes properly moisturized so that the surface cells can survive. They fight bacteria so effectively that over 90% of bacteria are disabled in a mere five or ten minutes. Tears clean away debris, and allow us to show emotion and reduce stress by actually removing toxins from the body. Tears are an incredible design feature!

The eye is a great example of irreducible complexity. If just one of the many thousands of parts of the eye is removed—including the seemingly unimportant ability to produce tears—blindness results. The eye can survive the destruction of a few parts, but literally thousands of parts are absolutely necessary for the eye to be of any use to the organism. Forget missing parts… if just the shape of our eye is distorted in any way, we begin to suffer from the effects of nearsightedness or farsightedness.

Evolution doesn’t have a satisfactory explanation as to how the tear system could form and yet without it – we couldn’t see. Our eyes are not the product of millions of years of small changes and mutations. Random chance could never produce something as complex as tear formation, let alone the eye to go with it, the brain to interpret what’s being seen, and the body to respond.

To believe in such an intricate system being formed without design is extremely myopic. It’s near-sighted. Yet, there are millions of people who have not paused to look at the big picture and discuss the possibility of design.

Eyes show the handiwork of the very One who declared, “the hearing ear and the seeing eye, the Lord has made them both.” 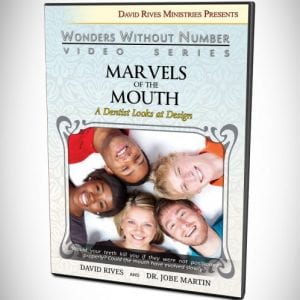 Learn more about the incredible design of your body in “Marvels of the Mouth” with dentist, Dr. Jobe Martin. Find this new DVD in the Creation Superstore 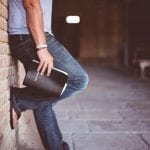 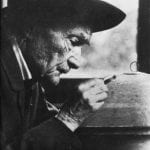