Perhaps the most famous meteor shower in history happened on November 13th, 1833, as thousands upon thousands of meteors soared into the atmosphere, lighting up the entire night sky.

It was visible across the eastern United States, and was such a spectacular sight that an eyewitness stated: “Some really thought that the Judgment Day was at hand”

The Meteor storm had such an impact in the South that it sparked a historic song…. Stars fell on Alabama.

This meteor storm is caused by the Earth passing through the orbit of the comet Tempel-Tuttle and is known as the Leonid Meteor shower. It can be observed every year in November, with a normal rate of a dozen or two visible meteors per hour… but on occasion, we are treated to hundreds, or even thousands.

Leonids are known for their bright shooting stars.

Pick an area away from highways where headlights might blind you, and let your eyes adjust to the dark. You can see the meteors anywhere in the sky, but the tails of most will seem to point back to the constellation Leo.

Spend an hour relaxing and watching. If the sky is clear, you’ll find me looking up… 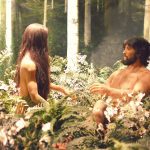 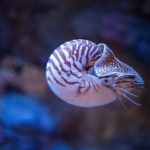