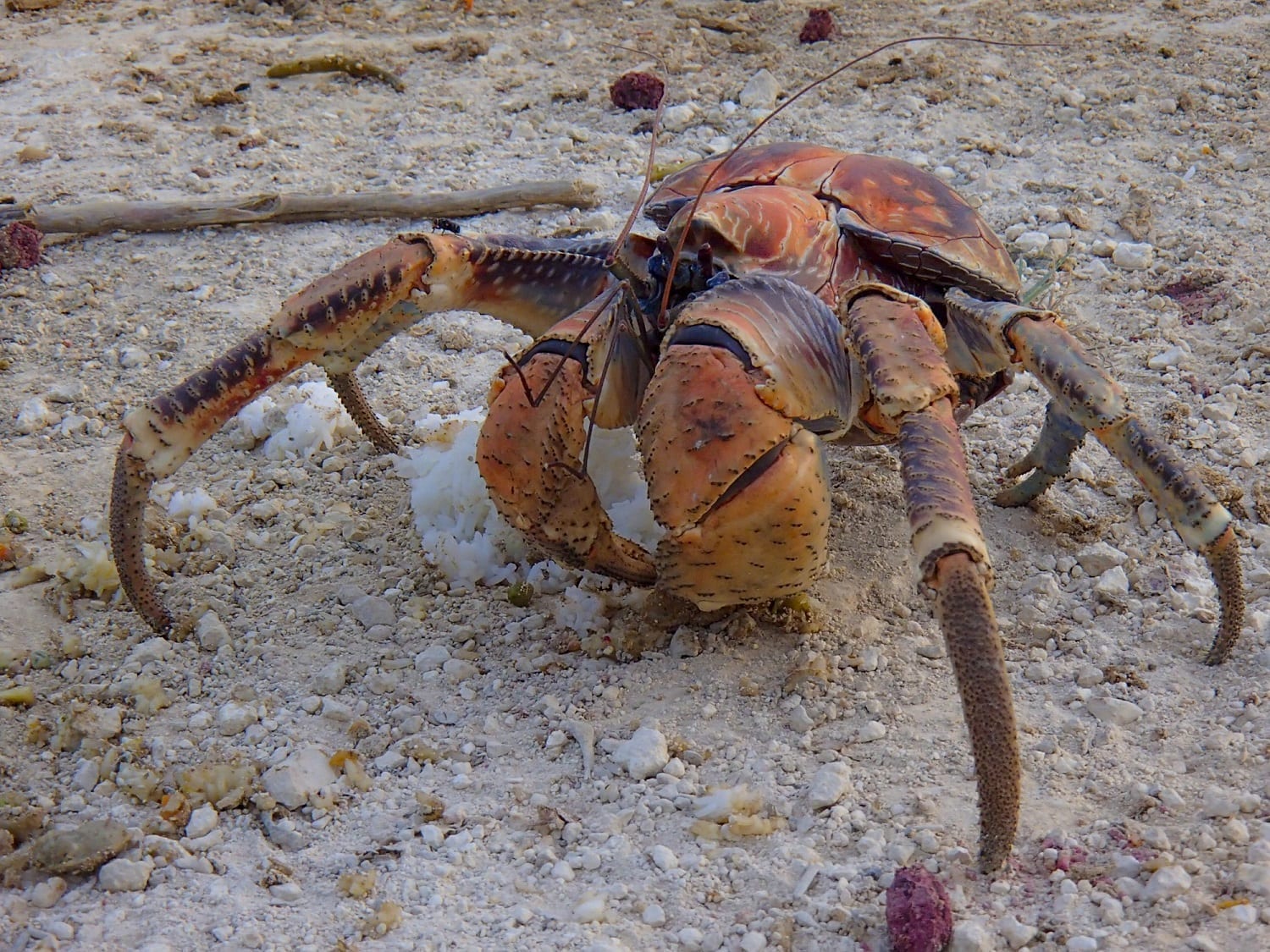 Did you hear about the crab that climbs trees at night to steal coconuts? It’s no joke. If you visit Christmas Island in the Indian Ocean, or some other south-west Pacific and Indian Ocean islands, you can see the robber crab in action.

The robber crab, Birgus latro, is the world’s largest land crab. It can grow to two feet (60 centimeters) or more from head to tail. It sneaks out of its burrow at night, climbs the trunks of coconut palms or other fruit trees, and snips off the coconuts and fruit with its two giant pincers. It climbs back down the tree and gathers up the food it dropped for a tasty salad. It uses its huge pincers to pound the coconuts until it gets them open.

The robber crab is one of about 39,000 known species of creatures called crustaceans. Other crustaceans include shrimps, barnacles, lobsters, fish lice, and a vast assortment of forms without popular names. Water fleas and some other crustaceans are so small they could hide behind the dot at the end of this sentence.

How Would a Crab Evolve?

Studies based on morphology led to the Pancrustacea hypothesis, in which Crustacea and Hexapoda (insects and allies) are sister groups. More recent studies using DNA sequences suggest that Crustacea is paraphyletic, … ~Wikipedia

You see, if you believe that evolution has taken place, you will certainly believe that all those crustaceans must have evolved from some common ancestor in the ancient past. So you will look for this ancestor in several possible areas.

Or, you can look at the fossil record. But here too you draw a blank. Even Encyclopaedia Britannica admits,

“The fossil record, although fairly rich, has not solved any of the questions about the early evolution of the Crustacea.”

There is not even agreement among evolutionists on how crustaceans should be classified. There is even less agreement on the alleged evolutionary interrelationship among the various groups.

The great crustacean mystery is not unique among evolutionary problems. The fact is that no indisputable evolutionary ancestor has been found for any of the major groups of animals. There is not a shred of evidence to show that the creation of animals as described in the Book of Genesis is not correct. 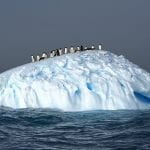