For several years now I’ve been actively working to develop a truly biblical worldview in my thinking about academic subjects. Whether it’s assumptions like Abraham being the first monotheist (talk about anti-biblical!), or when and how people developed skills such as farming and metallurgy, I am seeking to bring every thought into obedience to Christ.

So, as a dyed-in-the-wool scientific type, I’ve developed a few framework assumptions when presented with any new information:

How this plays out: The Red Panda Constellation?

I’ve known since my teen years that cultures across the globe have had stories of the Great and Small Bears in the heavens. Yet, no one thinks bears have tails the length of their bodies like the constellations form. Some legends even address why the constellation bears’ tails are so different from those we see in the wild today.

They are widely recognized as representing bears, but not accurately to our experience.

But with my scientific mind, I’m not buying a just-so story. For years I forgot about this inconsistency, until I ran into my now-favorite mammal, the Red Panda. It was enough like a bear to easily carry the name and it had a tail as long as its body! But, the Red Panda doesn’t live across the globe, its home territory is restricted to the area north and east of the Himalayas.

What if people as far away as the Greeks and Iroquois had somehow been exposed to these adorably furry creatures in their earliest times? What if, lacking a word to distinguish between such similar animals, they passed on stories of the ‘bear’ they had once known, later to be shrouded in myth and legend of how they had such strange tails?

Is it possible to know for sure whether this hypothesis can bear the weight of the evidence? No. No story coming out of the oral traditions of the world’s peoples can be traced scientifically. All of us must bring our assumptions to the table.

But, just as we do with Flood Legends and Dragon Myths, we can present a case that best explains the evidence.

I propose that the Big and Little Dipper are remnants of the universal memory of Noah’s children who all saw the Red Panda during their year aboard the Ark (and possibly before).  Most of those children—such as the Greeks—lost contact with them thereafter. But, the peoples traveling east and eventually to the Americas could have seen Red Pandas for several thousand miles on their companion journeys.

Now, for one last assumption:

Their worldview collapses if the Bible is the truth as it claims. And, if there are no other options, I anticipate they will do their best to minimize and confine this knowledge to the dusty back shelves of their institutions. Lord knows they do this with things like Index Fossils.

So, are Red Pandas the real origin of the legends surrounding Ursa Major and Minor? No one could possibly know for sure. But, I feel free to continue to picture a cute, now-endangered friend when I look towards the northern sky!

I’d love to hear your maxims when considering science and history!

For more on what the writers of the Bible might have pictures with constellations, you might enjoy this paper on Pleiades and Orion 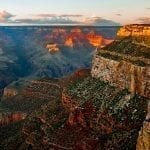 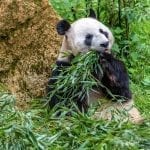