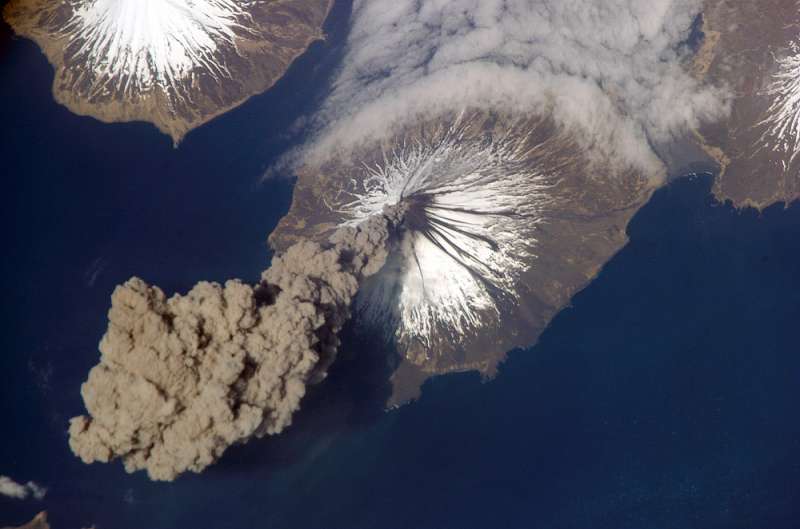 Ask a geologist, “What is Yellowstone National Park?” and you are likely to get the answer, “Yellowstone is a gigantic, collapsed volcano.” That is the new story now popular at the visitor center at the national park.1 The size and scale of the collapsed volcano are so huge that they prevented the earlier generation of geologists from properly appreciating the ancient explosions which formed Yellowstone’s landscape. Aided by satellite photos and detailed geologic maps, a new generation of geologists has recently outlined an elliptical depression which is now interpreted as a caldera, the collapsed crater structure formed after an extremely explosive volcanic eruption. That colossal structure is 75 by 45 kilometers (47 by 28 miles), comprises one-third of the area of the national park, and is appropriately called Yellowstone Caldera. About 1,000 cubic kilometers (240 cubic miles) of rhyolite magma were explosively extruded to form the surrounding volcanic ash deposits.2 These deposits, called the Lava Creek Tuff in figure 1, are mute testimony of the extreme power of a volcanic explosion at Yellowstone.

Yellowstone Caldera is eclipsed by evidence of an even larger volcanic collapse structure at Yellowstone. That larger and older caldera, now largely obscured by later geologic process, extends from Island Park (eastern Idaho) eastward at least to central Yellowstone, more than 100 kilometers (60 miles)! Its explosion products, called the Huckleberry Ridge Tuff in figure 1, formed from the eruption of an astounding 2,500 cubic kilometers (600 cubic miles) of magma.3

How much energy was involved in the biggest eruptions at Yellow-stone? Scaling of the magma volume shows the energy of the biggest… CONTINUE READING 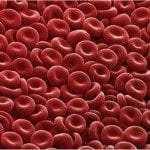 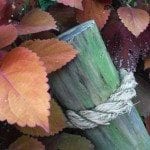