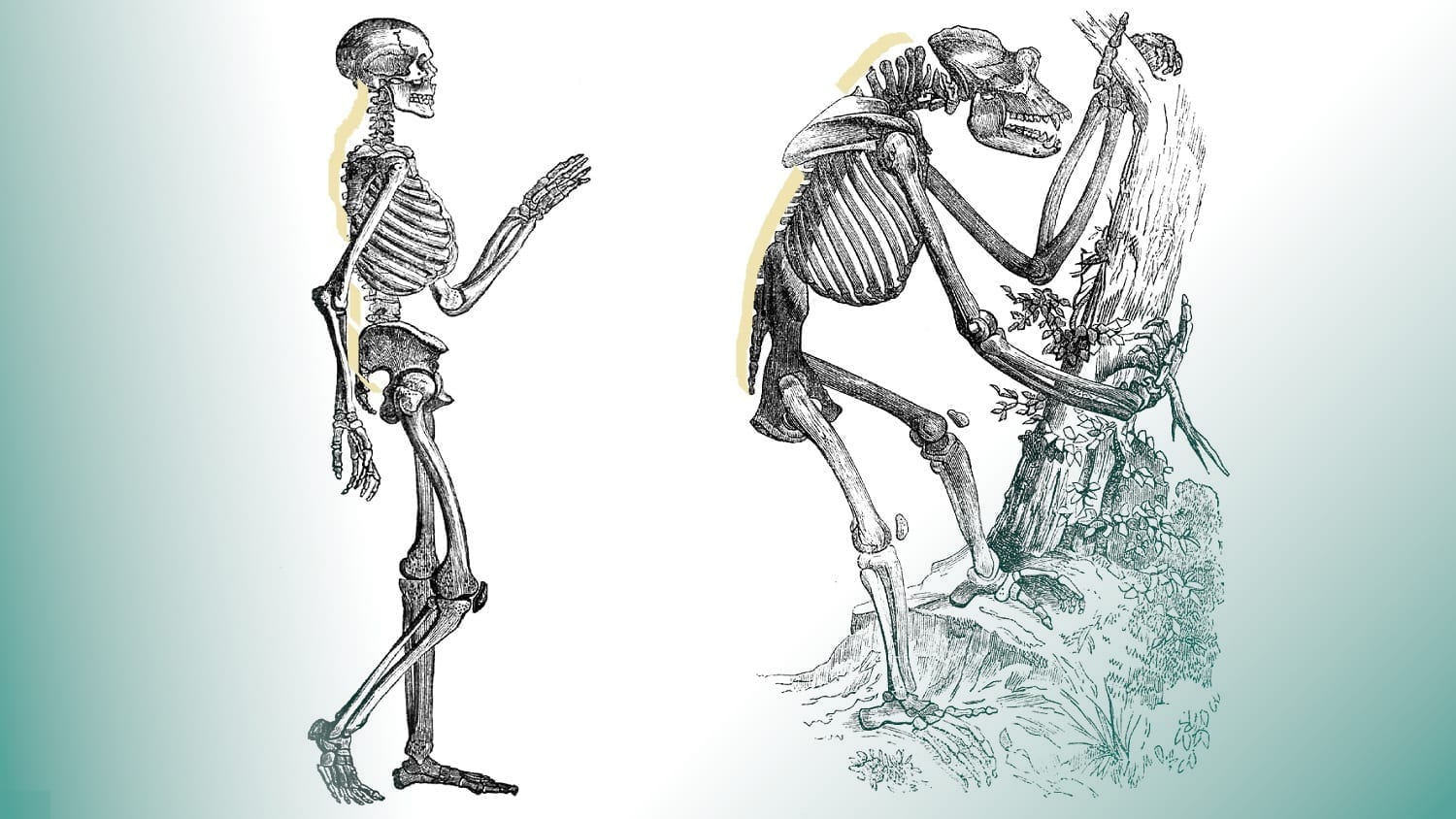 [Originally published as Engineering the Spine]

In an earlier article I commented on the marvelous design evident in the human skeleton. In this article I am going to delve deeper into a component of the skeleton—the spine.

The spine or vertebral column, our “backbone,” consists of a series of vertebrae that stretch along the length of the middle of the back, from the base of the skull to the pelvis. Altogether there are 34 vertebrae in humans, only the 23 upper ones are independent, with the bottom ten fused together to form the bones of the sacrum and the coccyx. 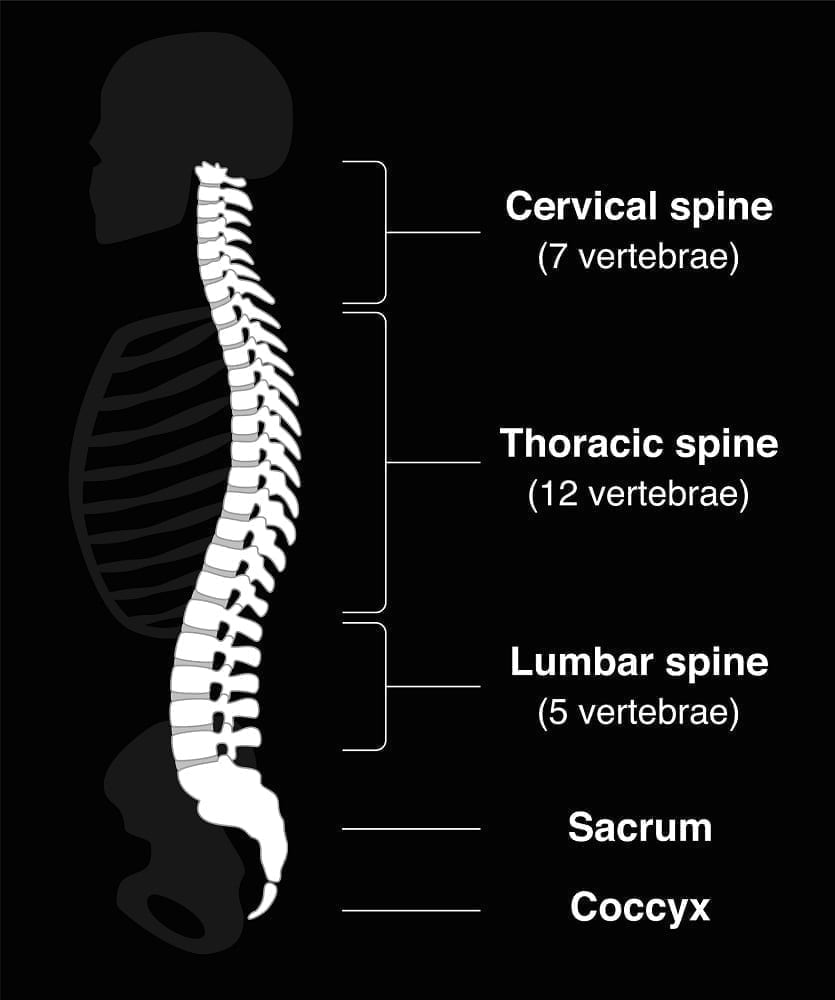 In addition to serving as the support column for the head, arms, and legs, the spine allows us to stoop and squat, to turn and nod the head, and to twist the shoulders and hips.

In a human, the spine has an S-shaped curve when seen from the side. This S-shape balances the various parts of the body over the legs and feet and reduces muscle strain when standing. The human spine works on a chain-link principle where the many small movements vertebra-to-vertebra add up to allow a larger overall movement for the body. Each vertebra can move only a small amount relative to its neighbor, but over the whole length of the spine the back can bend double (at least in a healthy young person).

The creationist considering these facts would say that the human spine looks to have been engineered by God with features suited for their required functions.

On the other hand, evolutionists presuppose that the human spine is the result of minor adaptations from the spines of apes over deep time that now allow humans to stand upright. This presupposition is the result of a belief that all vertebrate animals have a common ancestor that goes back to the fish.

Usually, the evolutionist will propose that the myriad of spine shapes seen in vertebrates has resulted from adaptation forced on each type of animal by natural selection. This is a spectacularly speculative argument at best since these adaptations are not seen in fossil or living examples. Nevertheless, the evolutionist story is that vertebrate animals have a common ancestor because evolutionists “know” that they have evolved.

Today’s explanations for spine evolution are usually illustrated using cladograms, since the old Darwinian tree diagrams have proven to be totally useless for demonstrating evolution of the spine.

Some evolutionary paleontologists believe that if they can draw Lego-like components showing various evolutionary pathways for vertebrate animals, they have demonstrated the fact of macroevolution of the spine. However, life is so much more complex than this. Just think of how far the most complicated Lego construction you can imagine is from being alive! The distance is nearly infinite, isn’t it?

And, the spines of different animals are distinctive. For example, in the figure below the differences can be seen between the human spine and the dog spine. In this diagram the back of the human is facing toward the back of the dog. Also, below the spine comparison is a drawing of a dog skeleton so it is easier to visualize how it is designed differently from the human in order to serve the necessary life functions of the dog kind. 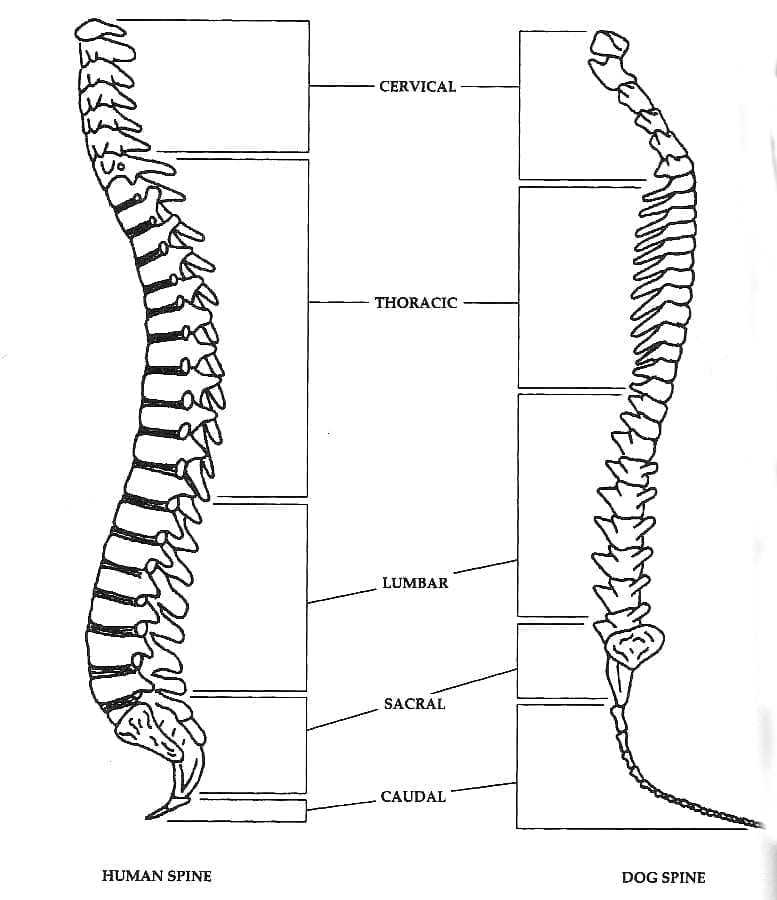 When comparing the spines of humans and the supposed evolutionary ancestors of humans, the apes, we notice that the curve of the human lumbar (lower) spine is toward the front while the curve of the ape is the opposite. These differences result in apes being knuckle walkers and being unable to stand upright for any length of time. It does, of course, give apes an advantage over humans in navigating in trees. Again, features in God’s creatures are suited to their required functions.

The arch in the human spine also provides structural advantages for lifting over the design present in apes. The similarity in some human-designed structures to those spines designed by God can be seen in the photo of a wharf seen below. 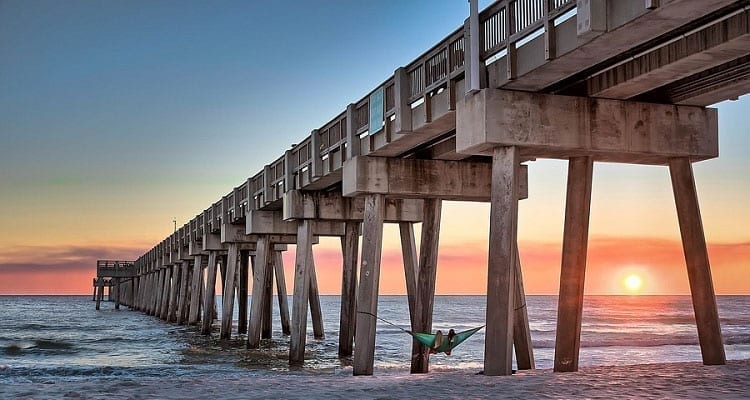 Finally, as humans age we often develop painful back problems. This can be due to injuries, disease, or age-related deterioration; or may be the result of abuse or inadequate exercise. A high priority these days for employers is to encourage all employees to practice proper exercise and lifting methods in their work to avoid unnecessary back injuries.

It should be clear that a healthy spine is critical to an enjoyable day-to-day existence of every vertebrate. We can thank God for providing us with a spine that has given us the upright posture along with strength and flexibility. Amen. 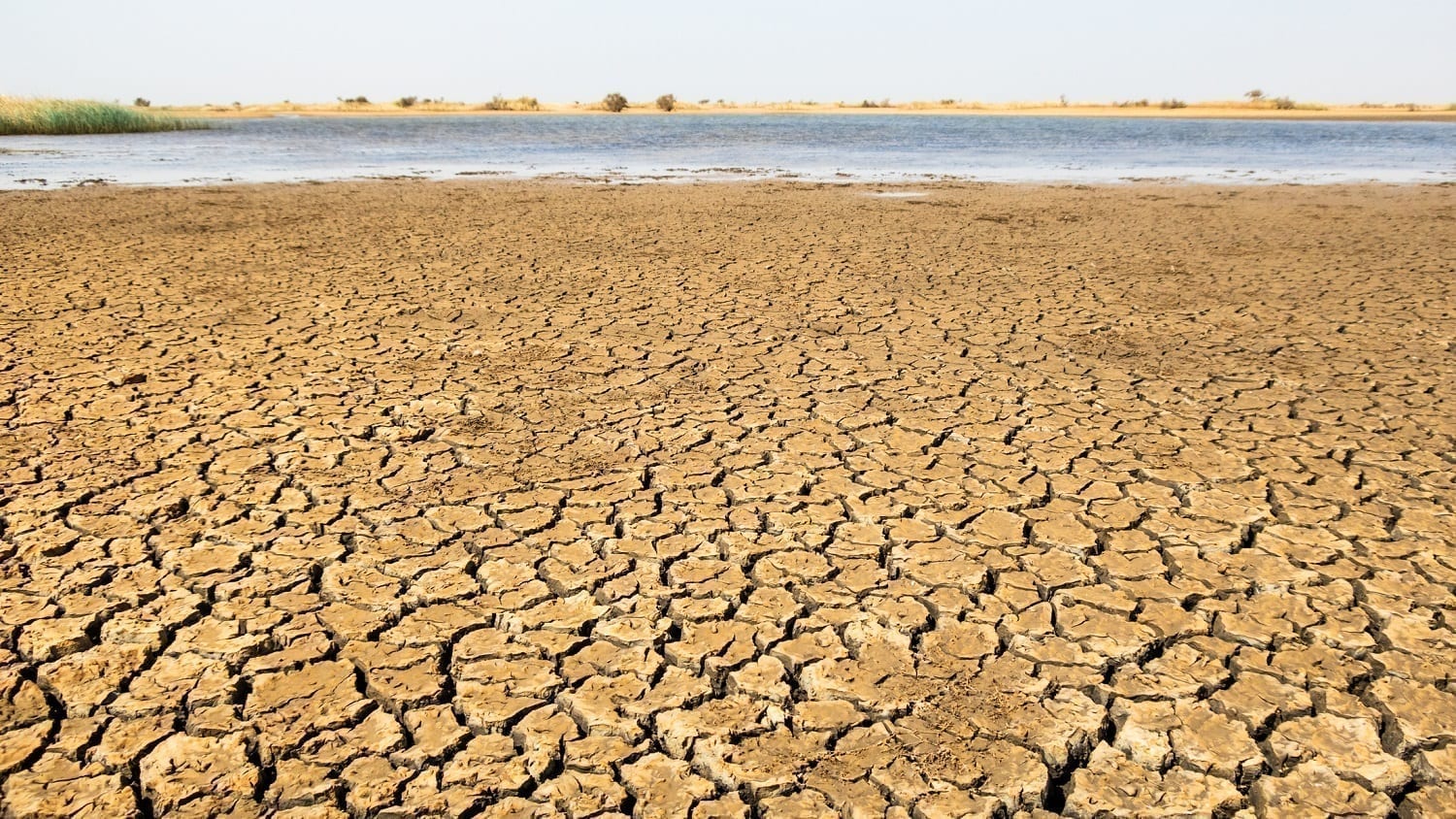