The Bible gives us an accurate and truthful account of creation but mostly deals only with the broadest topics. At the same time, it does give some interesting details—all of which pack a wealth of meaning into a tiny space.

In the beginning God created the heavens and the earth. Genesis 1:1

Before this verse, there was only an eternal all-powerful God. God created time and started time moving. Then it points out that he “created the heavens.” The original Hebrew word for heavens is SHAMAYIM, which means lofty. God created the empty space to put everything.

“God created… the earth.” Before God could put the earth together, He had to create atoms, which are the building blocks of all physical reality. It is similar to you building a birdhouse, first, you need wood, nails, and stain. These are your building blocks for your creation.

Now the earth was formless and empty,… Genesis 1:2a

Reading this verse, there is good reason to think that the physical structure of matter had not yet been organized. The earth was indeed formless.

…and the Spirit of God was hovering over the waters. Genesis 1:2b

We see how God has developed a logical sequence of creation acts to change the “formless” into form. We now have a planet, earth, that is covered with water. But the question may be, why water? Water is essential for life and is so unique that it could not have originated by chance. Water is the result of a strong chemical union of two gases, oxygen and hydrogen, and is designed to stay in liquid form.

You could not have life without water, lots of water.

And God said, ”Let there be light,” and there was light. Genesis 1:3

Energy is now created and at the instant matter was energized, the basic elements took on a specific form. God defines the basis of all physical reality by his first creative act. Electromagnetic energy is the foundation of all physical matter. Electric and magnetic energy are what holds atoms together, providing form and structure to the universe.

When God said, “Let there be light”, he started all the physical laws that govern all forms of matter.

But wait, the sun was not created yet. Where did this light come from? God never tells us where the light came from, but there is a possibility that the light came from God himself. God oftentimes throughout Scripture shows himself as light.

Here is the next question: how did God separate the light from the darkness before the sun was created? You don’t need the sun for day and night, all you need is a rotating earth and a light source.

And God said, “Let there be a vault between the waters to separate water from water.” So God made the vault and separated the water under the vault from the water above it. And it was so. God called the vault “sky”. And there was evening and there was morning- the second day. Genesis 1:6-8

On this day God took some of the water that he already created and used it to create the atmosphere. The atmosphere has some highly specific gases in precise amounts that are essential for life on earth. For example, the highest section of our atmosphere contains the oxygen variant, ozone. Ozone filters out much of the sun’s harmful ultraviolet radiation which is harmful to our skin and eyes.

Carbon Dioxide is also vital for life. This invisible gas makes up only 3/100ths of one percent of our air, but without it, plants couldn’t grow and we couldn’t breathe. This is because there are special sensors in our blood vessels that respond to carbon dioxide in the air and help us breathe.

78% of our air is nitrogen. This high amount of nitrogen is important because it works into the soil so plants can grow.

20.95% of the earth’s atmosphere is oxygen. Oxygen is obviously important because we, along with all animals, need this precious gas to breathe.

When we read the historical account of creation, it may look rather simplistic. But when you take a closer look, those first two days of creation are truly amazing. 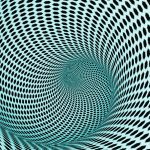