Give or take a little, one million years seems to be the magic number. Oregon State University

This is like saying that if you just wait long enough gravity will go backward, Congress will give back your income tax, and pigs will fly.

The obvious problem with this kind of thinking is that there are plenty of things that will not happen just because you are willing to wait a long time—or even to imagine a long time provided for them to happen. I like the way creationary biochemist Dr. Duane T. Gish puts it:

The most probable state is not the complex and non-random DNA molecule. It is not even the simple nucleotides that are the building blocks of DNA. It is not even the organic molecules that the nucleotides are made of—the most random state is always the lowest-energy and less-complex state. That would be the inorganic (non-biological) molecules floating around in the ocean to begin with.

So time would only undo what the evolutionists are really wanting it to do. As a matter of fact, the DNA today of all species of living things is gradually wearing out right before our very eyes.

Mutations are collecting in our once-perfect DNA in a similar way to how years of dings, dents, and smudges can affect the look of your car. Eventually, that showroom floor look completely disappears.

That’s what’s becoming of our DNA.

Unlike the wonderfully creative process that evolutionists love to describe mutation as being, it really is more like the effect of a machine gun pelting a beautiful work of art. It’s not an improvement.

Mutations are a Destructive Force

And the result is a destruction of the beauty, order, and symmetry that once characterized the genomes of all living things, leaving them in the genetic shambles in which we now find them.

The Y chromosome particularly (likely because of its smaller size) is the first full chromosome of genes that may be destined to fail completely according to genetic scientists. If evolution is so wonderful, then why instead isn’t the Y chromosome and every other chromosome just getting better and better every generation? Why do we only actually see the destruction—the falling apart—of the genomes of all species.

Where is all this gradual “evo-glorification” of all of the genomes as predicted by evolutionary theory, thinking, and faith? I mean, seriously, isn’t that what evolution is supposed to be doing?—making everything better and better, until all species and the human race will reach some kind of a Nirvana-like genetic perfection where all disease and deformity will be a matter for only the history books and no longer in the medical books?

Is it true? Of course it’s not. Just take a look around.

And why? Because evolution is just not demonstrably true at all—not even in the slightest sense—and certainly never in the grandest, big-picture sense. And everybody can see this for themselves—as long as they are keeping their eyes open and “have an ear to hear.”

It’s not just “sort of” bad that evolution can’t explain how things got the way they are today— that the current state of life is genetically the opposite of what evolution would predict.

It’s really so bad, that the even greater problem of how things even got here in the first place is completely unsolvable by any means at their disposal, by any kind of logic or evidence or any use of the scientific method.

Darwin is dead—so is his theory.

They just don’t know it yet – or at least aren’t ready to admit it yet to the general public. If the evolution of life on this planet ever did start by itself, with the fixing up of simple compounds into more complex ones, and then on into the forms of living cells and then on to the larger animals and plants, then why is it these larger systems after all this time are only showing signs of decay and corruption, rather than the ongoing continuation of the grand “evolutionary process?”

It becomes easy to see now, that not only can evolution not explain the present state of things – but it is even more woefully unable to explain the original state of living things … without there being a God, or “Prime Mover” as Aristotle referred to him. 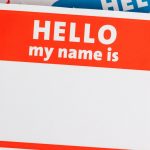