The gravitational force. This is the one you’re probably most familiar with. Gravity is what keeps us on the planet, keeps our moon orbiting the earth, keeps the rings of Saturn in place, causes rain to fall “down” wherever you are, and so on. It governs matter throughout the universe. But what might surprise you is learning that gravity is the weakest of the four forces! And yet it works over the greatest distances. This is because there’s so much mass throughout the universe the relatively weak force of gravity operates throughout it.

The next force is called the weak force, (puzzled) even though it’s not the weakest. It’s actually 10 to the 25th power the strength of gravity! But it doesn’t “over-rule” gravity because it only works on a subatomic level. The weak nuclear force is responsible for radioactive decay. Radioactive decay turns one kind of atom, say potassium, into another kind, in this case, argon. Sometimes these radioactive decay rates are used to infer age, however experiments with samples of known ages have shown the dates simply aren’t accurate because the assumptions are wrong.

The next strongest force is the electromagnetic force. It’s 10 to the 36th power times the strength of gravity. Now, it could theoretically apply over vast distances like gravity. But it doesn’t because of the way the Coulomb (cool-Lomb) force and magnetism works. You’re probably familiar with the Coulomb force, even if you don’t think you are. That’s the principle that like charges repel, and opposite charges attract. The electromagnetic force applies on an atomic and macro scale. And this brings us to number 4!

The strongest force is called… (yep, they got this one right) the “strong force”. While this force is 10 to the 38th power times the strength of gravity, it loses its strength very quickly so it only works at distances within a nucleus. It’s the strong nuclear force that overcomes the electromagnetic force and allows protons to stay together even though they should repel each other.

And those are the four fundamental forces that govern our universe. But what governs those?

Hebrews 1 tells us that God made the universe through Jesus Christ, and that He upholds everything (even the 4 forces of the Universe) by the word of His power. Remember that laws, physics, and even mathematics shouldn’t make sense to us if the universe self-created. Even our logic and reasoning powers that we use to study the sciences can only be trusted if we are using principles that originated from Biblical truth. 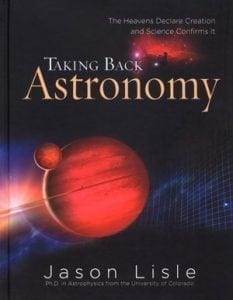 This wonderful book by Dr. Lisle covers important information known only to a few.

“This book is meant to be…a starting point to a biblical view of the universe…. Who knows what amazing truths are waiting to be discovered if only the shackles of secular thinking are removed. Now is the time of discovery…” 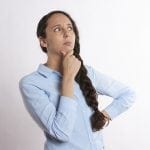