In this sequence from Illustra Media’s newest documentary FLIGHT: THE GENIUS OF BIRDS you will enter a fertilized egg to witness a bird’s embryonic development. Spectacular animation and live action footage document the extraordinary 21-day process of organization and growth from a few cells into a chicken.

“The developmental process begins soon after fertilization, and accelerates, once the egg is laid, as thousands of cells rapidly multiply and organize, inside the protective shell.

In the early hours, you see the foundation for this organism that’s coming later on, being laid down. You see the front and the back, and the top and the bottom, and all of those things being worked out, in this cascade of events.

Already, these major axes [axis, plural] are being established. And, as these cells are moving and heading towards the places in the embryo where they’re going to develop, they’re also changing what they’re going to do, eventually. They’re committing themselves, in most cases, irreversibly, to particular functional roles.

On Day 2, the bird’s spinal cord, ears and eyes take shape. Its vascular and circulatory systems are established. And its heart beats, for the first time.

At Hour 46, the head of the embryo starts to arch into the fetal position.

Throughout the Second Day, a network of blood vessels branches from the embryo into the yoke. They will transport vital nutrients back to the growing organism.

You have to pay attention to the details. You have genes being switched on and off, interaction, cell communication. It’s an elaborate dance. It’s like a ballet taking place on a stage, with thousands of cast members, all of them doing everything they’re supposed to do, on cue, in the right order, in the right sequence, in the right time.

The process itself is so amazing. It transcends anything we know.

With the groundwork of major systems and organs now in place, the next 19 days are devoted to the completion of their development.

So you’ve gone from that one cell that can become anything. And in 21 days, billions of cells, doing hundreds and hundreds of different kinds of tasks in the organism.

Prepare to be amazed! To learn more about these spectacular creatures, get the full DVD documentary on the Creation Superstore!

Illustra Media produces video documentaries that examine the scientific case for intelligent design. Working with Discovery Institute and an international team of scientists and scholars, Illustra has helped define both the scientific case for design and the limitations of materialistic processes like Darwinian evolution. Their DVDs can be found in the Creation Superstore. 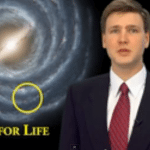 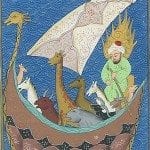