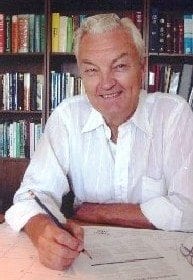 “And the Word was made flesh, and dwelt among us, (and we beheld his glory, the glory as of the only begotten of the Father,) full of grace and truth.” John 1:14

For several years now, Creation Moments has brought to listeners each day evidences for design in nature. That design is often wonderful, usually ingenious and certainly places in question any possibility of it all having come about by chance.

We have pointed out that where there is design there must have been a Designer and Creator. Those who believe that the Bible is the Creator’s plan will also know that God, our Creator, loves His creation, from the stars to the smallest insect. But He has a special love for us who, we are told, were made in His image.

As wonderful as the Creation is, it is quite staggering to realize that He Who created the billions of stars and energized them, chose to come down and be part of the human race. He experienced every part of human life from birth as a helpless babe to death on a cross in the prime of life. His name while on Earth was Jesus, and He who knew all things came to show us the way and offer eternal life to those who would accept it.

And why? Very simply – He was the Instrument Who made us, and we are eternally lost without His help. Who better, then, to rescue us from our evil nature? We can only stand in deep reverence at such love.

Prayer:
Dear Lord Jesus, of all that I have ever learned, the most amazing facts are Your birth, life, death and resurrection for my salvation. Before You I know nothing and have no power; my strength and powers can only be supplied by You. Amen.
Notes:
Photo: Ian Taylor, host of the Creation Moments radio program. 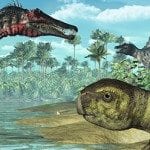 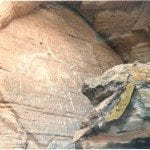