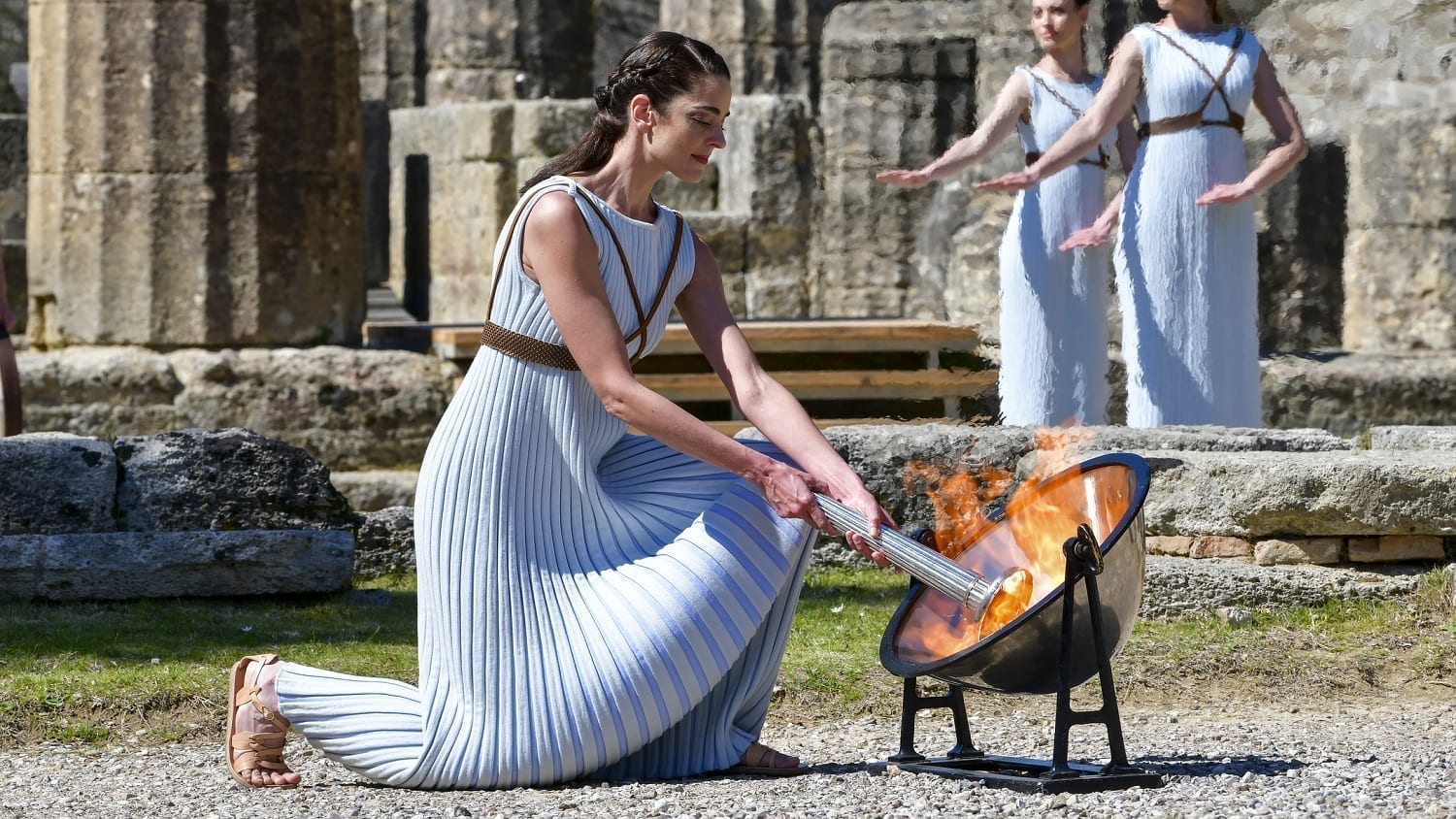 As was the case in ancient times, and as continues to be the custom today, the Olympic flame for Berlin 1936 was lit with the aid of a parabolic mirror reflecting the sun’s rays… ~Olympics.org

After it’s lit in Olympia, Greece, the same flame is passed from hand to hand across the globe to that particular year’s destination, where it marks the beginning of the games. While the fuel and transport methods change, the flame that began with the sun’s light remains the same throughout.

And Moses and Aaron went into the tabernacle of the congregation, and came out, and blessed the people: and the glory of the LORD appeared unto all the people. And there came a fire out from before the LORD, and consumed upon the altar the burnt offering and the fat: which when all the people saw, they shouted, and fell on their faces. Leviticus 9:23–24

The fire shall ever be burning upon the altar; it shall never go out. Leviticus 6:13

And the LORD God formed man of the dust of the ground, and breathed into his nostrils the breath of life; and man became a living soul. Genesis 2:7

The breath that God bestowed on Adam was unique to mankind. The animals were not brought to life this way, instead God merely said, “Let the earth (water) bring forth…” and “it was so.”

This distinction from the animals is an important part of the Judeo/Christian theology of man. We are not, as the naturalists claim, simply a more intelligent animal. Just as God created us in his image, so he granted us a life that is his. While this doesn’t turn us into little gods, ala New Age thought, it does give us a hint at our eternal destiny and the importance of every human life.

But one adult male wasn’t going to be enough for God’s plan. So, does he start from scratch to provide Adam with a wife? Oh, no, he takes some of Adam’s living flesh—already soaked in the oxygenation of that original divine breath—to create the first woman.

From that time on, every human being ever born has shared his or her mother’s breath and become part of the vast relay race of humanity. Each of us in unbroken line has participated in receiving and exuding this single starting breath of life.

This is why understanding how early people like Cain found spouses matters, why racism is so anti-Christian, and why it matters that Jesus was born as a human.

Jesus is our Brother

For I know that my [kinsman-]redeemer liveth, and that he shall stand at the latter day upon the earth: Job 19:25

After that he is sold he may be redeemed again; one of his brethren may redeem him: Leviticus 25:48

God had handed the earth over to Adam and his family in Genesis 1:28, which meant that when Adam obeyed Satan rather than God’s command, Satan became the shadow ruler of the entire planet, no matter which of Adam’s descendants were in charge. We had become slaves of sin (Romans 6:17) and death (Romans 5:14), with no hope of rescuing ourselves.

Only one of our kin, our physical brother—a real human—could redeem us back to right standing with God the Judge.

And not as it was by one that sinned, so is the gift: for the judgment was by one to condemnation, but the free gift is of many offences unto justification. Romans 5:16

While God didn’t choose to spell this out plainly in his Word, there is a strong logical case to make for why Jesus had to be born to a virgin.

Mary and her physical egg carried sufficient humanity to provide Jesus with a truly human, kindsman’s body. Every woman ever conceived carries Adam’s human X chromosome, just not his male Y version. But by not bearing the genetics passed from father to son, Jesus was exempt from the condemnation Adam has pulled on his entire family’s head.

Jesus was free of the taint of sin, not because Mary was sinless, but because his Father, God himself was.

A Rod of Iron

Who is worthy to open the book, and to loose the seals thereof?

And one of the elders saith unto me, Weep not: behold, the Lion of the tribe of Juda, the Root of David, hath prevailed to open the book, and to loose the seven seals thereof. Revelation 5:2–5

Worthy is the Lamb that was slain to receive power, and riches, and wisdom, and strength, and honour, and glory, and blessing. And every creature which is in heaven, and on the earth, and under the earth, and such as are in the sea, and all that are in them, heard I saying, Blessing, and honour, and glory, and power, be unto him that sitteth upon the throne, and unto the Lamb for ever and ever. Revelation 5:12–14

God is the ultimate storyteller, and one of the marks of a great story is bringing closure to situations brought up and left unresolved much earlier. Even so, when the time is ripe, Jesus will receive the deed expressing his right to take over as governmental ruler of the whole world.

Thou shalt break them with a rod of iron; thou shalt dash them in pieces like a potter’s vessel. Psalm 2:9

This won’t be some symbolic, spiritual reign. Jesus will sit as ultimate dictator. We are told very little about the day-to-day operations of his regime once it is established, but this prophecy gives us a hint of how much control he wields:

And it shall be, that whoso will not come up of all the families of the earth unto Jerusalem to worship the King, the LORD of hosts, even upon them shall be no rain.

God is never capricious or random. He couldn’t just declare us innocent, his justice demanded the payment of a sinless sacrifice. From the dawn of history he set the table for his ultimate rescue to satisfy all the aspects of his unwavering character.

From his first breath into that form of clay on into eternity God has shown his genius, and most importantly for us, his love.

But God [proved] his love toward us, in that, while we were yet sinners, Christ died for us. Romans 5:8 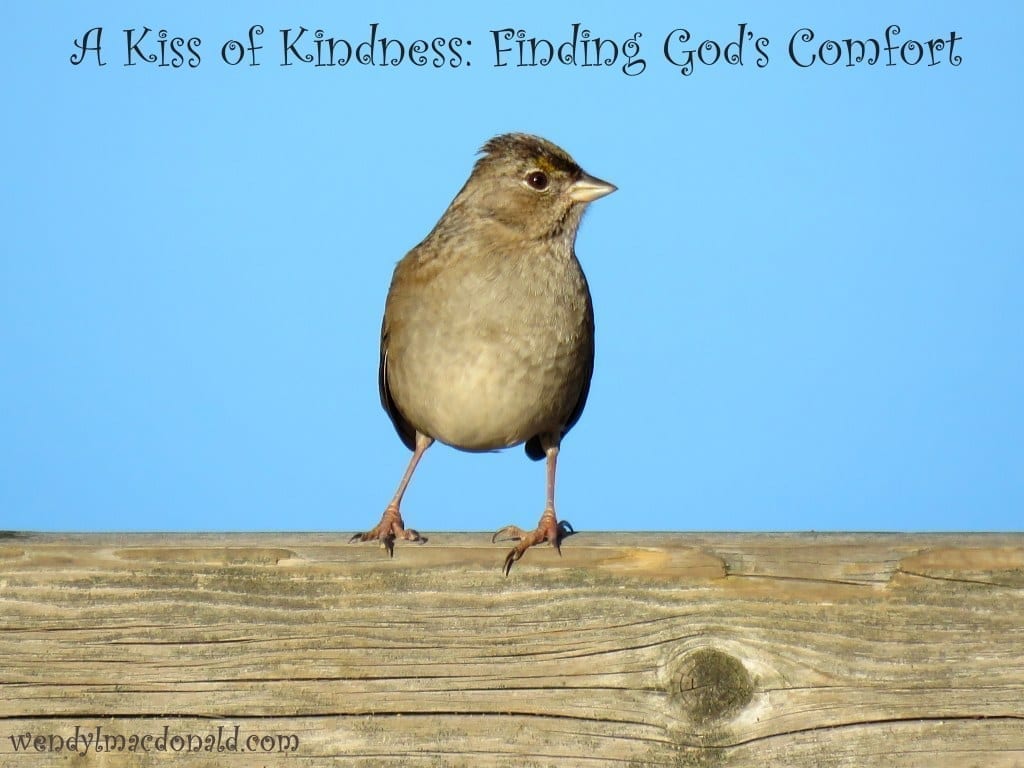 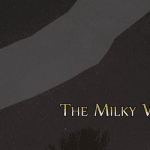