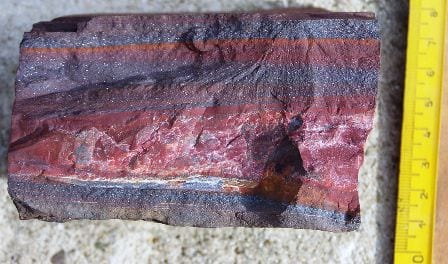 “And he answered and said unto them, I tell you that, if these should hold their peace, the stones would immediately cry out.” Luke 19:40

We have always been told that it takes millions of years for muddy deposits to turn into rock. Those who believe in creation have always disagreed. It seems pretty clear to us that much of the sedimentary rock we see today was deposited during the Great Flood at the time of Noah, which was not millions of years ago. Creationists generally place the Flood at about 4,600 years ago. Until recently, evolutionists dismissed this date as impossible: sedimentary rocks simply could not form that fast. Well, now it seems that they spoke too soon.

While digging some trenches in a salt marsh, a team of sedimentologists found stony nodules in the mud. Further research on how the nodules formed revealed that a mud deposit can be transformed into a layer of sedimentary rock in as little as six months! They found that two bacteria are responsible for this. One species gets its energy from the sulphates in sea water. In the process, it produces hydrogen sulphide. The second species of bacteria can do the same thing. But if there is too much hydrogen sulphide, it can also change iron compounds so that they react with hydrogen sulphide and other salts. The result is stony lumps of iron sulphide and iron carbonate – sedimentary rock that is hardened quickly enough to fossilize any animal before it decays.

Science has now confirmed what creationists who believe the Bible have always suspected. There are natural processes that can form sedimentary rock within the limited timeframe allowed by a literal reading of scriptural history. 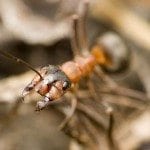 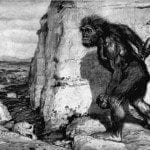