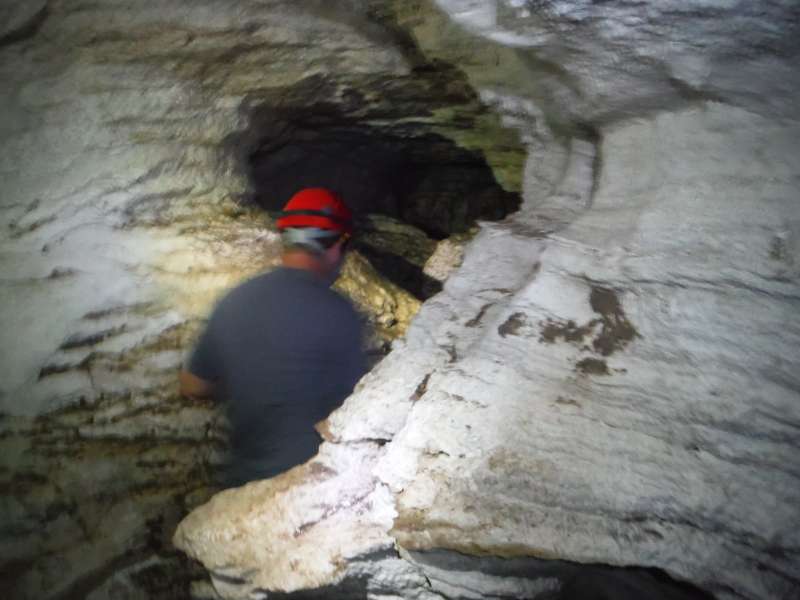 I could feel my entire body quaking as the cold, murky cave water I was wading through crept up over my neck and darkness pressed in all around me. I took off my caving helmet and carried it in my trembling hands to give myself extra breathing space in the narrow gap between the low ceiling and extremely high water level. Both the ceiling and the floor of the cave dropped even lower – I had to swim on and off, because the water was too deep for my feet to touch the bottom in several places. Suddenly, the rocky ceiling dropped so low (about 8-10 inches above the water) in one part that I had to dip my chin into the water to make it through to a bigger gap.

We were so very close to the exit – just a few hundred yards and we would be out in the sunshine of a hot New Mexico summer afternoon. My toes were numb from the cold water we had journeyed through for most of our path through the cave – warmth and sunlight sounded delightful! Unexpectedly, our group leader passed down the message to stop and stay where we were while he scouted further ahead. A few minutes later the verdict was determined: the water would get even deeper the closer we got to the exit – too deep for us to get through safely.

Our hearts sank as we realized we were going to have to retrace our entire path back to the same entrance where we started. I dreaded the thought of dipping my chin in the waters though the most difficult place I had just encountered. Teeth chattering from cold, we all realized we had to make it out soon. I sucked in a deep, shaky breath as we all turned around and faced the challenges behind us for the second time. With the encouragement of a friend, I quickly swam back through my toughest part, letting the water rise to my chin again, feeling the refrigerator- cold water touch my earlobes. As soon as I was through the worst part, I began to sing:

Among the six adventurous people of our caving band, we continued singing hymns all the way back to the entrance – crawling, crouching, wading, and swimming. As our group approached our starting point, the water started to feel less frigid. All of us stopped to behold the glorious sight: daylight at the end of the tunnel. Someone started the song:

“Up from the grave He arose, with a mighty triumph o’er His foes; He arose a Victor from the dark domain, and He lives forever with His saints to reign. He arose! He arose! Hallelujah! Christ arose!” ²

I learned a lot from my latest adventure, caving at Parks Ranch Caves in New Mexico with a group of friends a couple of weeks ago. In the next few weeks, I’ll be writing more about this adventure and the science behind the beautiful gypsum cave system at Parks Ranch. But, there’s also a lot of spiritual application I learned from the caves. Nothing can separate us from the love of God in Christ Jesus. Even in the depths of the earth His presence surrounded us. He heard our prayers and gave us a song in the valley in the darkest of night. Because we live in a sin-cursed world, sometimes the darkness will press down all around us and we will have to go through deep, cold waters not knowing what is on the other side. But, if we let Him, His holy Presence will surround us, withholding us even in our darkest moments and filling our hearts with songs of praise. 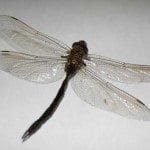 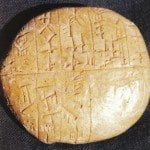