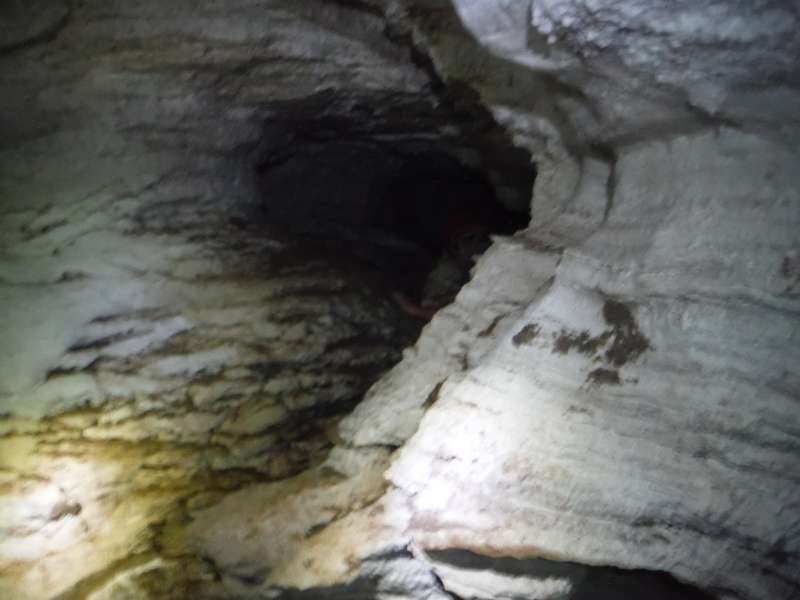 The light from my headlamp bounced across the dark cave wall, making the microscopic white crystals glisten.

Before I got there, I had imagined that crawling through small spaces and swimming through the deep water of Park’s Ranch cave would be quite terrifying. After all, I had been nervous going into Carlsbad Caverns (a huge, civilized cave) several years before, and Park’s Ranch is considerably smaller and physically much more intense to go through.

However, it ended up being much brighter and more beautiful than I had expected which made for a generally cheerful journey; even through the dramatic rough spots (more about those rough spots here). Besides light-hearted company, I think that the sparkling dirty-white gypsum rock the cave is carved out of was a large part of the pleasant atmosphere in this cave. I loved to touch the relatively soft gypsum cave walls as I caught my balance. I was mesmerized by horizontally-striped patterns I passed.

Gypsum is really an amazing mineral that comes in several different forms. It is a very soft mineral that can be scratched with your fingernail. You may have heard that diamonds will cut anything because they are the hardest mineral, classified as a 10 on the Mohs Scale of hardness for minerals. Compare that to gypsum, which is about a 2 on the Mohs Scale.

It’s what builders use in the sheetrock walls of a house. If you’ve ever seen a hole broken into a wall (or made one) you would notice the powdery-white gypsum inside. I frequently use gypsum as plaster powder when working on fossils and making fossil replicas (more about that here).

Park’s Ranch Cave is carved out of the gypsum of the Castile Formation, which is classified as part of the Permian rock unit that is best explained as being laid down during the Biblical global flood. The flood would explain where the rock layers came from, but figuring out how exactly the cave was cut into these layers can be pretty complex. One of the main processes that carves out caves like this is when water combines with other chemicals (especially acids, including carbon dioxide reacting with water) to dissolve rock. 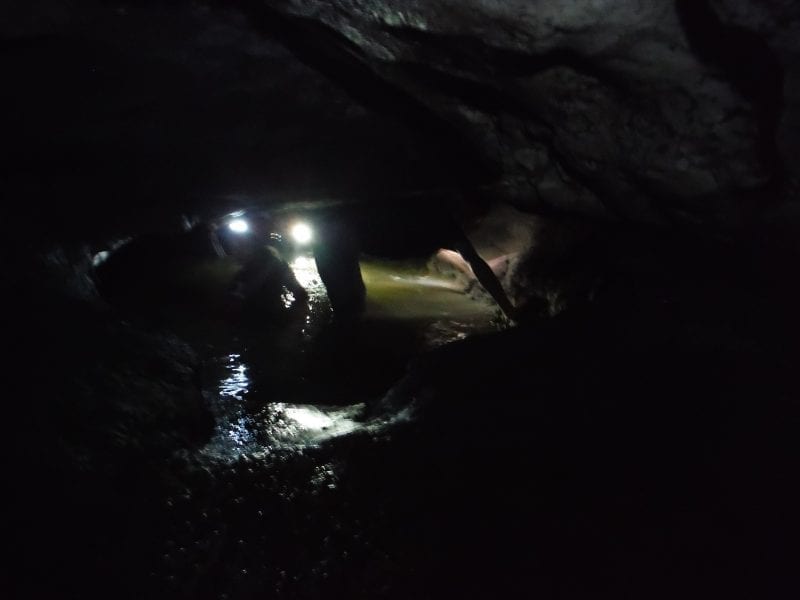 There are at least eight different chemical factors that contribute to how long it takes a cave to get carved out. They can vary quite a bit and are often difficult (some perhaps humanly impossible at this time) to measure and can vary a lot over time and in different locations within the cave. It’s like trying to mathematically solve for “X” in an algebra equation that has X,Y, and Z – there are just too many unknowns to figure out the answer unless you get more information.

As the waters from the global flood drained off the continents, some of the water would have been trapped in the still-soft Castile formation as well as many other formations around the area, like the Bell Canyon and Cherry Canyon formations that lie beneath the Castile.

As the plate tectonics caused earthquakes, mountain building, volcanoes, bending strata, uplifts, etc. during and for a short time after the flood, it would have caused small openings to form and the water in the layers below to be squeezed out. A lot of those waters would have contained decaying material and chemicals from the dead creatures and plants in the layers below, which would have contributed to the dissolving of the rock that goes into carving the cave. You don’t have to have long periods of time to explain how Park’s Ranch Cave was formed – it’s just all about the water, chemical conditions, and plate tectonics involved in the global flood and shortly after. (Read Part 1 of this article here) 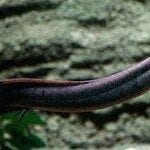