Tiktaalik is more accurately described as a transitional form than a missing link. Transitional forms help show the evolutionary steps leading from one lineage to another by displaying characteristics of both the ancestral and the new lineage. Understanding Evolution Berkeley.edu

What do they mean here? are they right?

The word Tiktaalik [Tick-tall-ik] means shallow-water fish in Inuktitut, a language of the first people in northern Canada. The name was given to a fossil found on an island near the very top of Canada.

Here’s what we know about this creature.

So far we’ve dug up over 10 different samples. Some are figured to be 3 feet [1 meter] long while the largest are thought to be up to 9 feet [2.9 meters]. Most of the bones we’ve found are of the front end, but there’s a report out this year telling about finding part of the back end.

This fish had some interesting features. It had:

I couldn’t find any reports of soft tissue being fossilized with the bones even though Harvard confidently tells us Tiktaalik had “primitive lungs” like the Lungfish. Don’t know, doesn’t really matter.

It sure looks like this creature was designed to live in a place where it could keep its eyes just out of the water and grab food from above the surface.

At 9 feet long, I wouldn’t have wanted to meet one at the water’s edge if it was hungry for meat!

Here’s where things get interesting. The group who found Tiktaalik went looking for fossils like it in rocks they believed would be from the time when fish started crawling out of the water and evolving into land-dwellers. Lo, and behold, they found something just like they were hoping for!

It has gills and fins like a fish, but arm bones more like a land animal. It surely was meant to push up from a firm bottom rather than swim in open water.

I guess that means Evolutionary thinking works and we might as well believe them, right?

First, if Creationist paleontologists had the money to go digging anywhere they wanted, would they go looking for a shallow-water fish in the kind of place Tiktaalik showed up in?

We expect to see order in the fossil record almost as much as the Evolutionists do. The Flood didn’t just slosh everything together in a jumble. It took weeks to climb high enough to cover the pre-Flood mountains.

Things already living in deep water would have been the first to be overwhelmed by mud spewed out by the Fountains of the Great Deep (Genesis 7:11). Next, things living near the shoreline would have been buried. Creatures who were slow would get buried before things that were quick. The last things of all to get smothered in sediment would be fast-running land animals.

So, we would expect to find a creature like Tiktaalik to be buried right where the paleontologists found it: above layers with only sea creatures (there are sea creatures found all the way to the top of the fossil record) and below layers with quick land animals.

The proof that this means Tiktaalik was starting to evolve into a land animal only exists in Evolutionists’ minds.

Oh yes, remember how Berkeley didn’t want to call Tiktaalik a missing link? That’s because Evolutionists never do. They always point to some unknown common ancestor. It’s the only way they can keep from being embarrassed when things turn up still alive, or younger than their grand children, or put in a whole new family tree.

Or speak to the earth, and it shall teach thee: and the fishes of the sea shall declare unto thee.
Who knoweth not in all these that the hand of the LORD hath wrought this? Job 12:8-9

You can learn a lot more about the problems the fossil record gives Evolutionists with Tiktaalik here:

Answers in Genesis: Tiktaalik Walking off the Stage

Was Tiktaalik Evolving to Walk on Land?

Answers in Genesis: Did Tiktaalik’s Pelvis Prepare Fish to Walk on Land? 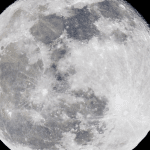 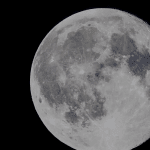