Hummingbirds are remarkable creatures, with their ability to hover, fly backwards, and extract nectar with their amazing tongue. A long thin beak houses that tiny tongue, which the hummer inserts into flowers and laps up the nectar.

However, that is no ordinary tongue. Their tongue consists of two separating parts that enclose around the nectar, and then is drawn back into their mouth. The nectar isn’t gathered by capillary action, but instead by an automatic fluid trap that requires no energy expenditure from the bird. Efficient? Yes! Designed? What do you think?

While hummingbirds are now only found in the New World, fossilized hummingbirds have been found in Europe that supposedly date back to the Oligocene epoch, MILLIONS of years ago.

Most interesting were the observations that beak, skeletal proportions, the shape of the tail, size of the creature, AND the design of the wing ALL appear VERY similar to… modern living hummingbirds.

In reality, it’s been 4 thousand years since a select few hummingbirds flew off of the ark, surviving the global deluge, and still today, these tiny creatures leave us in awe of their remarkable design, function, and flight. 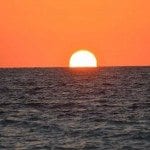 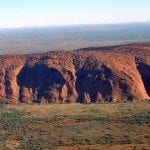