Evolutionary lies come wrapped in three main disguises. For the purpose of this discussion, I will call these deceptions Plans A, B, and C.

Eve’s meeting with Satan is the first clear account of Satan’s overall strategy. In the KJ3-Literal Translation by Jay P. Green, SR., Genesis 3:1 records the first question in history,

“Is it true that God has said, ‘You shall not eat of any tree of the garden’?”

Satan’s most effective tool is to get us to question God’s Word.

Notice how Satan twists the question to imply that God would not allow Eve to eat from “any tree of the garden” instead of just the one prohibited tree in the “midst” of the garden. God had been very specific in his instructions to Adam in Genesis 2:16-17 where He states: “…,Eating you may eat of every tree in the garden; but of the Tree of the Knowledge of Good and Evil you may not eat, for in the day of the eating of it, dying you shall die”.

These instructions are given by Adam to Eve, as seen in her statement to Satan in Genesis 3:2-3. God is saying they can eat from a large number of diverse fruit trees. There is only that they cannot eat. In the Garden Satan speaks with Eve continuing his verbal manipulation of Eve’s thought process. It is important to note that Adam is “with her” (Genesis 3:6) and a witness to this conversation but does not speak. He participates in the sin of disobedience by his silence.

After planting the seed of doubt in Eve’s mind about what God had actually said, Satan then turns his attention to casting doubt on God’s motives in giving instructions regarding the deadly consequences of disobedience to His Word.

The resulting first and still most popular of Satan’s lies, “Dying you shall not die”, is found in Genesis 3:4. Every lie related a theory of Evolution is some form of questioning, lying, or twisting of God’s Word in order to persuade people to foolishly think that there are no serious or eternal consequences for disobedience to His Word.

It is easy to ignore the consequences of disobedience to God’s Word as soon as you start doubting what He said. Those who think that the “Days” of Creation Week mean something different than ordinary 24-hour days have fallen into a deception straight from Satan’s many lies. Once you begin to think of death and dying and millions of years of evolutionary “change by chance”, why would you need a Savior from the effects of the Fall?

If Genesis 1:1 is not real history, in what chapter and verse do you think God starts telling the Truth? This is a good question to ask if you are listening to a false teacher telling you the “real” meaning of Genesis and describes the days of Creation Week as something longer than ordinary 24-hour days.

Plan ‘B’: Removing God as Creator

This part of Satan’s deceptive strategy is more subtle. Plan B is focused on removing God from the Creation equation completely. This is the most obvious goal of the false religion of Evolution.

At face value Plan B is a hard sell because its goal is to get someone to not believe in God at all. It is very difficult since we are “without excuse” in knowing God’s invisible attributes according to Romans 1:20.

Everyone knows in his or her heart that there is a God. No reasonable biologist would do a public presentation to a live audience and attempt to explain the complex nature of a living cell and at the same time claim this is explainable by “chance and upward mutations”. When it came time for questions and answers from the audience, he or she would look ridiculous.

But this same presentation to a group of scientific peers might go unchallenged due to the pressure of “consensus science.”

The purpose of getting God out of the role as Creator is the obvious main goal of the religion of Naturalism, but it is only a smoke screen for the real purpose. It is logical that if you recognize the God of the Bible as Creator, you also automatically acknowledge that He is the Lawgiver as well. The enemies of God hope that by getting rid of Him as Creator, they will also get rid of Him as the Lawgiver.

If we can get rid of God as Lawgiver, there are no moral restrictions and hell becomes a fantasy that we do not need to worry about. The outcome of “professing to be wise ones, they became foolish” is stated in Romans 1:22.

Psalm 53:1 gives a simple and comprehensive definition of a fool when it says, “The foolish one has said in his heart, No God!  They have done corruptly; they have acted abominably, doing wickedness; not one is doing good!”

Evolution is the primary lie that supports this Plan B of Satan’s strategy for deception about the God of the Bible and not acknowledging Him as Creator.

For the purpose of turning large numbers of people away from the God of the Bible, we will need to look at Plan C, Satan’s lie that combines Plans A and B.

Plan C is effective in blurring the distinction between “another interpretation” and “another teaching”.

All but a few books of the Bible make a reference to or include a direct quote from the Book of Genesis. Genesis is always assumed to be literal history and is never referred to as an allegory or myth by any biblical author.

It is this author’s position that any reading of Creation Week as being different than normal 24-hour days is “another” teaching, not just another interpretation.

God makes the meaning of the word “day“ very clear by giving each day a number that is defined by a repeating cycle of “it was evening, and it was morning”. Whenever this phrase is used with a number and the word “day” in other parts of Scripture, it clearly means a normal 24-hour day. If this first use of the word “day” means something different, then language becomes meaningless and Scripture is arbitrary.

If the days of Creation Week can be discussed as something other than ordinary 24-hour days, then the God being discussed can be described as just another “higher power” having many different names and man-made descriptions. I hope this research will give the reader a clearer picture of the precise nature of God’s Word and a correct understanding of the Genesis account of Creation.

This article was taken from portions of Jim Liles’ soon to be published work, an updating of the Biblical text from previous publication: Earth’s Sacred Calendar: The Dated Events of the Old Testament by Jim Liles-Bible Timeline Publication-2014.

*All Scripture verses in this book are taken from the KJ3 Literal Translation of the Bible unless otherwise stated. 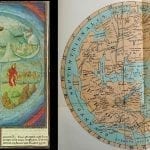 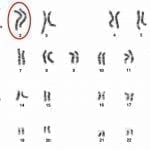