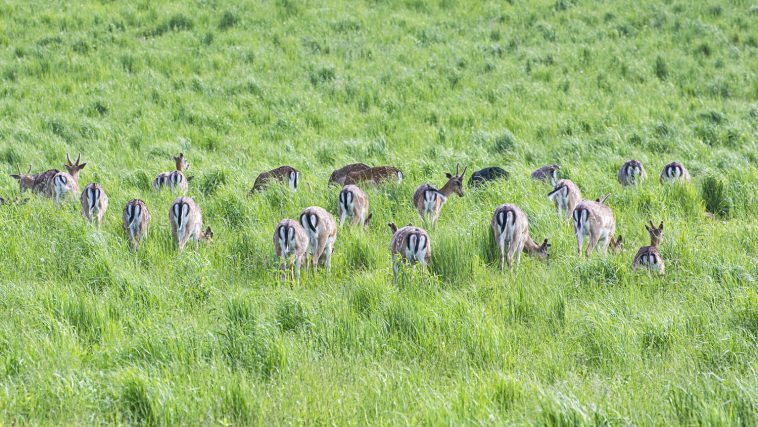 Years ago, I read about a study that seemed to say cattle tend to align with the earth’s magnetic field while they graze. It perplexed many scientists, and some didn’t want to believe it. After all, cattle don’t navigate long distances! Why in the world would they need to sense the earth’s magnetic field? However, the study seemed to stand up to scrutiny. When I am speaking, I often use it as an example of experimental data that make no sense but nevertheless seem to be true. I further suggest that rather than fighting against the conclusion of the study, someone should try to figure out why cattle seem to have a magnetic sense.

Well, no one (to my knowledge) has done that for cattle, but someone has done it for roe deer, which are pictured above. Roe deer tend to congregate in flat areas, so their herds are easy to watch from a distance. Researchers studied them in sixty different locations in three hunting grounds in the Czech Republic. They observed the way the deer faced while they were grazing and, more importantly, how the deer reacted when they were startled.

They found that the deer tend to align their bodies along north/south magnetic field lines while grazing. Then, when startled, they tend to run north or south, regardless of the direction from which the threat comes. These behaviors were more pronounced when the deer were in large herds.

Why do the deer bother sensing the earth’s magnetic field? Based on their observations, the authors suggest:

…an important function of this behavior is to coordinate the movement in the group, to keep the common course of escape when frightened and to maintain the cohesion of the group.

In other words, it helps the deer escape without running into one another, and it helps them regroup once the threat is gone.

The authors say that this is the first confirmed case of mammals using the earth’s magnetic field to navigate. I suspect that it is merely the first of many. The more I learn about Creation, the more in awe I am of its Creator. 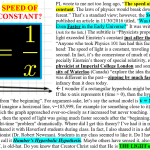 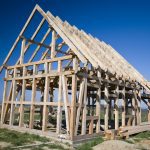