Listen here for the radio show:

Short-lived events everywhere they shouldn’t be:

(Updated April 13, 2019) Bob Enyart and Fred Williams present Real Science Radio’s list of transient (fleeting) events in our solar system that we should not be seeing if the solar system actually were 4.55 billion years old.

By now the solar system should have reached stasis. Instead, scientists observe a great number of short-lived occurrences (transient phenomena) on many of our planets and even their moons, including the rapid decline of magnetic fields (note the plural), of volcanic eruptions, youthful (non-dusted) and changing rings, a still melting inner core, rapidly changing “ancient” features; extremely high heat loss; rapid accumulation of dust; radon, helium, etc., outgassing, massive plumes, and add to all that the transient nature of comets and even of events on many asteroids and trans-Neptunian objects.

Many unexpected transient events in our solar system:

If the solar system actually were 4.55 billion years old (that third significant digit exposes the marketing hype of the evolutionists who commonly add it as a psychological device to convince the public of a fictitious precision), by now it should have reached stasis. Instead, scientists observe a great number of fleeting, short-lived occurrences (transient phenomena) including: 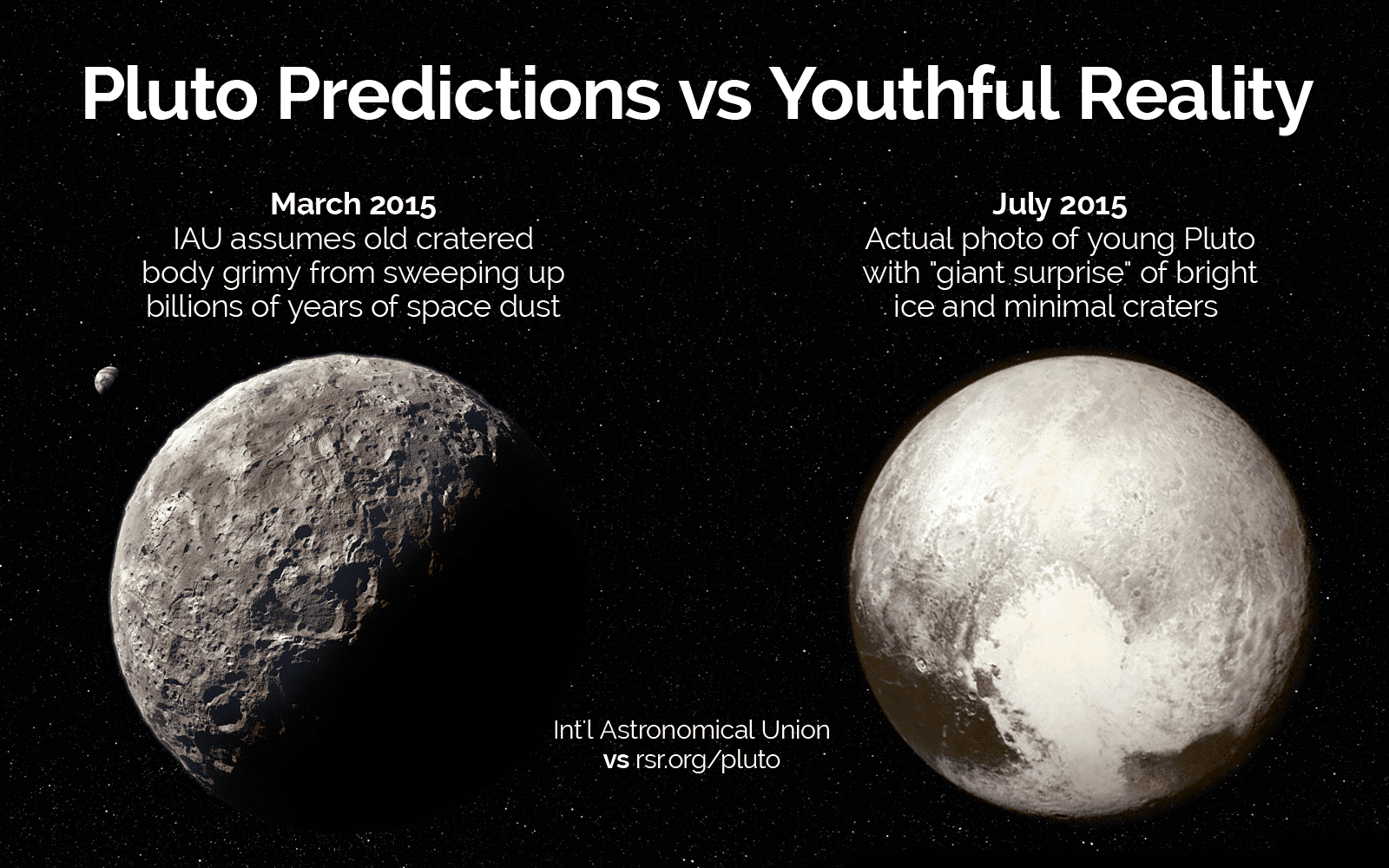 Mainstream astronomers constantly use the term “evolution” to describe their field. Evolutionary astronomers though lack curiosity about amazing scientific discoveries that fundamentally challenge their materialist framework. For example, despite the astounding transient events of the solar system, cataloged above, The Encyclopedia of the Solar System, Third Edition, the mammoth 2014 “definitive work in this field”, published by Elsevier, fails to index transient events.

Transient events in the universe!

Do you know the name of the quasar that grew tenfold brighter, not over millions but in only one year? If so, you may be just the kind of person who could help with RSR research (see rsr.org/research-team)! For example, Icarus, the furthest individual star ever seen (possibly because of galaxy cluster lensing) grew bright enough in 2016 for Hubble astronomers to spot it. See also in Nature Astronomy, 2018, “Two peculiar fast transients…” If you can find an example that fits any of the following, please email your finding to Bob@rsr.org:

Possible Sirius color change: The star Sirius presents one possible example of a transient event outside of our solar system. The brightest star in the sky other than the Sun, today Sirius shines bluish-white, but less than 2,000 years ago it was described as reddish in color. Depending upon the reliability of Ptolemy, Aratus, Cicero, Germanicus, Seneca, and St. Gregory of Tours, not many centuries ago Sirius was reddish, unless they were mistakenly identifying a different star (Arcturus?) or they were attributing to the inherent color of Sirius the effects of Earth’s atmosphere at the star’s rising.

However, ignoring the Creator and His Word and assuming materialist timeframes, secular astronomers admit that, “the timescale of thousands of years is too short” for Sirius to change color.

Earth’s rapidly collapsing “ancient” features: A new list program, RSR’s List of Earth’s Collapsing “Ancient” Features, has grown out of this program. What’s the point of it?

If the Earth’s geological tourist attractions of structures like spires and arches actually were ancient, then mathematically, we would not expect to see gravity destroying so many of them so rapidly. The old-earth model and its rejection of the global flood is challenged by the observation that on average over the past half-century, about one collapse of a notable arch, etc., occurs per year while no similar rate of offsetting arches are being formed. At our Collapsing Features link, see for example:

And this… Cornwall, UK’s North Cliffs Collapse: Wow! See thousands of tons of rock fall off of North Cliffs.

And this… The tragic September 2017 rockfalls at Yosemite’s El Capitan that injured and killed workers and tourists. Hear Bob Enyart discuss this on air and check out this excerpt from the LA Times:

In more than a century of record-keeping, rockfalls at Yosemite have resulted in at least 17 fatalities, 85 injuries and damage to buildings… As scientists have come to learn, the domes and arches carved into the park’s famed granite cliffs are constantly moving, according to a study published last year in Nature Geoscience. “Granite rocks, any kind of rock, is more dynamic than people realize — pieces are falling off, they’re constantly changing,” Yager said. “Over the course of the years, these features gradually loosen … until one day, it’s just a catastrophic release.” …the U.S. Geological Survey and the National Park Service have found a potential cause for the seemingly spontaneous rockfalls: heat. As the temperature rises from morning to afternoon, the thin outer layer of rock moves ever so slightly away from the cliff, then returns as the evening cools.

Note also that the same relentless physical reality that tears apart rocks does the same thing to slender biological molecules within fossils! Gradual changes in temperature, even in the ground, expand and contract the polymer chains that protein and DNA are comprised of. Over time, by the physics of heat transfer, being hit by radioactive decay, and chemical processes, biomatter in fossils decompose. Yet allegedly million and hundred-million and even billion-year-old fossils have plenty of still-biological endogenous tissue and other biomaterial! See tiny.cc/biomaterial-fossils-list and rsr.org/dino-soft-tissue. 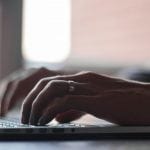